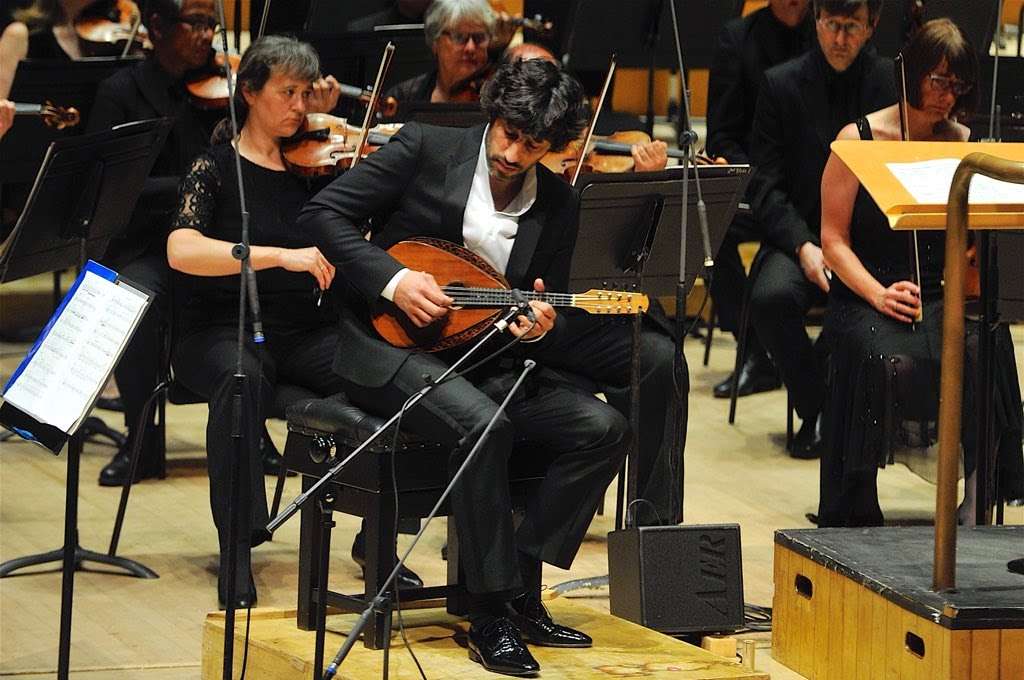 In a programme that travelled westwards from Arabia to Italy, Daniele Rustioni returned to the BBC Symphony Orchestra, having previously led these players in Opera Rara’s revival of Bellini’s first opera Adelson e Salvini (two years ago, almost to the date) and started this concert with both another rarity and first (in this case, orchestral) piece: Ravel’s ‘Fairy Overture’ Shéhérazade. Composed in 1899, and influenced not only by Debussy but also Rimsky-Korsakov’s Scheherazade (which Ravel had heard the composer conduct at the 1889 Paris Universal Expo), this substantial piece is the Cinderella of Ravel’s works, rarely heard on the concert platform or even in recording. Hearing it blind you might find it hard to identify as from the pen of the ultra-refined Ravel given the rather brash scoring. But it deserves greater exposure, not only as a historical and musicological curiosity, because it has a heightened sense of musical fantasy and some vivid ideas, relished by the BBC Symphony Orchestra.

Any sense that the instrumental resources were undernourished for the next piece – for string accompaniment (indeed the composer sanctions performances with string quintet) – were quickly disproved by Avner Dorman’s own soundworld, starting with the tremolos for mandolin, gently amplified by a single speaker beside Avi Avital’s seat. Dorman’s Mandolin Concerto was composed in 2006 and premiered in Milan that December. It was performed in Oxford in 2013, so London was playing catch up. Played without break, its instrumentation is of Baroque proportions, and its three sections – slow, fast, slow – describe an arch where the opening whispering returns at the end, now featuring violin, viola and cello solos for eerie duets. After a more strident climax in the middle of the opening section, the second one develops a frenetic dance, with powerfully strummed mandolin, sometimes played beyond the bridge to great effect, but perhaps more telling are the quiet plucked harmonics, pinging through the string texture and filling the hall in slower passages. Towards the end, Avital has to loosen some of his tuning pegs, producing sighing chromatic glissandos as the work evaporates. Perhaps that was the reason, with the danger of the applause dying away completely, there was a delay in him returning for an encore – presaged by Rustioni sitting at the back of the second violins – and even when he did there was an extended period of retuning (clapped, too), before a Hungarian folksong followed a similar trajectory to the Concerto – quiet and reflective to begin with, furiously strenuous (rock mandolin, perhaps) in the middle.

Almost sixty years older than the Mandolin Concerto, Giorgio Federico Ghedini’s Musica notturna found the strings now complemented by wind-players and – creeping on towards the end – the return of Avital, for a short but important solo, a serenading troubadour perhaps (although the composer suggested it should sound in its single plucking like a harpsichord). Rustioni has championed his compatriot on disc, including this work, which starts rather like an Italian Transfigured Night, its dissonance suddenly resolving into D-flat balm with the entry of the woodwind. Solos briefly take the limelight – including two violins, with a trumpet as well as the mandolin towards the end.

The crowd-pleaser (if not, in this instance, the crowd-puller) was left to the end: Respighi’s Pines of Rome, complete with Alan Thomas’s mournful off-stage trumpet contribution to the catacombs and the recorded nightingale in the stillness of the Janiculum, both framed by the frenetic delights of summer frolicking of the opening Villa Borghese section and the relentless build-up of the Roman army marching along the Appian Way. Rustioni, one moment with bent knees close to the ground, the next swooping the melody from the orchestra in grand gestures, was enjoying it as much as we were.