William Walton’s Belshazzar’s Feast (its first performance, at the 1931 Leeds Festival, erroneously credited in the programme to Thomas Beecham rather than to Malcolm Sargent) needs to be let off the leash while also being pinpoint-meticulous to, in particular, rhythm and scoring. Under Edward Gardner, although detail blossomed and there was a blaze of excitement, an even greater orchestral precision was sometimes needed while also suggesting greater abandon. This wasn’t plaintive, visceral, swinging or frenzied-in-triumph enough – a little watered-down, not quite sucking you into what can be an extraordinary experience. From the off and throughout, the BBC Symphony Chorus was vividly declamatory, living the drama. Gerald Finley was an arresting narrator, sympathetic to initial despondency but over-deliberate in his delivery of the ‘shopping list’, even too well sung, depiction lacking beyond the words themselves. Texturally not all was well – although the piano part is optional, I have never heard a performance without it; here it was missed – a bizarre decision given the instrument was still present having been needed for the Britten. And the extra brass being positioned at the highest part of the Hall, behind the audience, may have added a ‘surround sound’ element but the fourteen players were too remote (to the Stalls area) during the pagan partying. 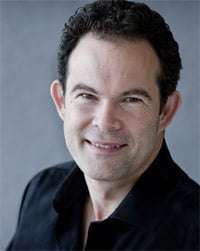 What had been played before the Walton remained to overshadow it. The Britten (the BBCSO only played it a few months ago at the Proms) exploded into life, the ‘Lacrymosa’ brooding while being veiled in its sound and expression, the saxophone sorrowful (curiously Martin Robertson was a little subdued in the Walton), the music rising again to naked aggression; the ‘Dies irae’ combined fury and pristine particulars, the kaleidoscopic ricocheting denouement well-engineered; and the catharsis of the ‘Requiem aeternam’ was powerful in clearing the way for radiant acceptance to complete a notably unified and absorbing performance.

In three of Sibelius’s songs with orchestra (which he scored from the original skeletal accompaniments – not always the case), Gerald Finley made himself a tough act to follow. He was superb! Eloquent and resigned in ‘Come away, death’ (Shakespeare translated into Swedish); desperate in ‘On a Balcony Beside the Sea’ (text by Viktor Rydberg, a Swedish national) enhanced by dark and suggestive woodwinds; and vocally wonderful in ‘The Rapids-Rider’s Brides’, an extended (10-minute) setting, now in Sibelius’s native Finnish language, full of water and wave imagery, and militaristic suggestion. Finley’s impeccable enunciation, charismatic vocal beauty and vibrant story-telling were enhanced by Gardner’s considerate and no-less-penetrating conducting. Sibelius’s vignettes for Belshazzar’s Feast also benefitted from Gardner’s Sibelian empathy (he led a memorable Night Ride and Sunrise at the Proms a few years ago). Like all great composers, even when not firing on all cylinders they remain inimitable: so, Sibelian imprint intact, ‘Oriental Procession’ was exactly that and the gentle ‘Khadra’s Dance’ exuded a certain hypnotism, but it was the middle movements that joined the songs in stealing the show – the small band of strings of ‘Solitude’ – solos from viola (Norbert Blume) and cello (Graham Bradshaw) embedded into the exquisite textures, and the starry aura of ‘Nocturne’ featuring a mesmerising flute contribution from Michael Cox.