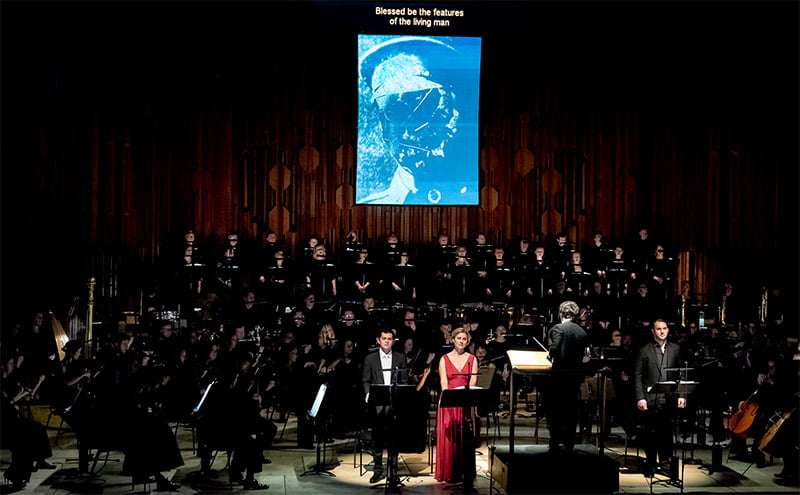 Events marking the centenary of the end of the First World War included this BBC Symphony Orchestra concert, concerned predominantly with enduring human goodness. Both Ravel and Vaughan Williams served as volunteers at the Front, as did Walt Whitman (set by John Adams in The Wound-Dresser) in the American Civil War, and Ravel’s Le tombeau de Couperin is dedicated to friends killed in action. The context of the programme presented Ravel’s suite of four pieces as a glimpse of irretrievable old certainties, like Tchaikovsky’s veneration of Mozart magnified many times. Gergely Madaras had very clear, elegantly expressed ideas of phrase and rubato, and the BBCSO offered a sequence of lovely woodwind solos and, from the strings, finely judged weight and tone. The music is much more than a retreat down memory lane, and it was fascinating to hear how Madaras balanced its artificiality against its surprising robustness, while making room for moments of enchantment.

It proved an affecting way into the explicit wartime anguish of Adams’s The Wound-Dresser, which goes way beyond the rather manipulative potency of Minimalism. Marcus Farnsworth was unforgettably direct as the nurse and angel of mercy of Whitman’s poem, the matter-of-fact words almost completely shorn of any poetic imagery and allusion. He effectively defined the performance, leaving the way open for Madaras, with the same sort of acuity he showed in the Ravel, to release extremes of tenderness and ferocity, as well as some dismayingly beautiful solos from violin (Stephen Bryant) and trumpet (Ryan Linham). 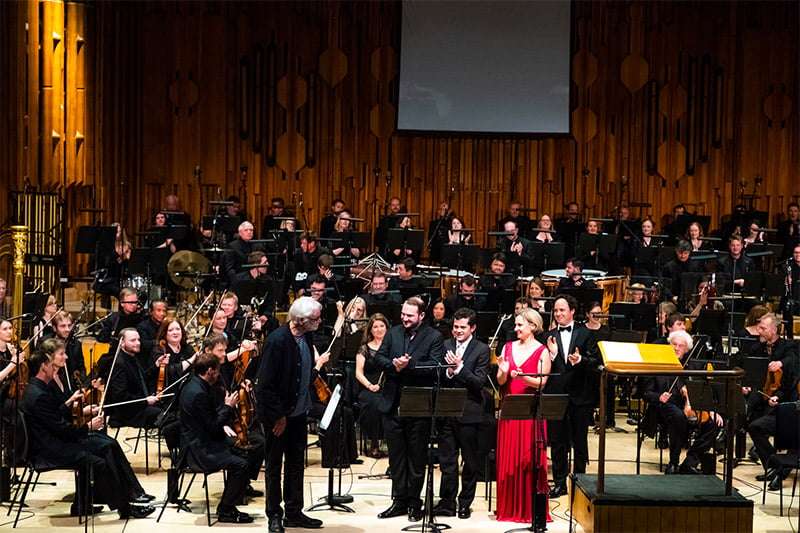 Just a twitch of the veil separated that from the otherworldly rapture of Vaughan Williams’s Tallis Fantasia. The small consort of nine strings played at the back of the stage, behind the main string orchestra, making their music sound even more like a ghostly antiphony and suggesting great depth and distance. As a whole, the players applied a glowing transparency without overdoing vibrato, and you could hear all the workings of the music’s carefully wrought polyphony. Madaras’s lovingly detailed direction created a highly-charged ending to the first half, and it was a pity to break the cumulative spell of the sequence with applause and the necessities of stage management.

Ross Harris is a rangy, articulate, seventy-two-year-old New Zealander. Face is a forty-minute cantata for three singers, choir and orchestra, and it must be the first work inspired by plastic surgery, in this instance the pioneering work carried out by Harold Gillies and his team on facial reconstruction. The only other surgery-related music I’ve come across is Marin Marais’s Tableau of a Lithotomy. There was a strong visual concept (by the composer, based on a creation by artist Barry Cleavin, given rudimentary animation by Tim Gruchy) projected on a screen, which gave a graphic idea of disfigurement and reconstruction, and which, while distracting, was probably necessary. Vincent O’Sullivan’s text is top-heavy with imagery and allusion, and Harris’s score comes off best as a sober counterpart to the words, the solo and choral vocal lines handled with great sensitivity. On its own the orchestra veers often towards Mahlerian angst, to the detriment of the music’s overall tact, which flowed in and out of a hypnotic, religious idiom. James Way and Marie Arnet were immensely moving, puzzled and urgent as the injured soldier and his fiancée and Farnsworth was, again, dignified in the smaller part of the surgeon. The BBC Singers’ chorus-like commentaries had a Stravinsky-like focus and stillness, and Madaras’s direction ensured spacious nobility.