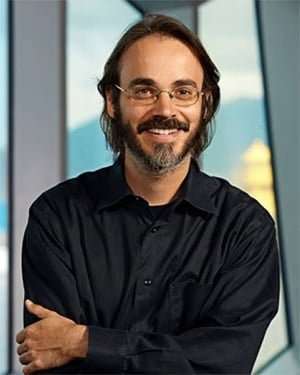 It was Beethoven night in London. The Seventh Symphony at this BBC concert, the ‘Eroica’ at the Royal Festival Hall, and another ‘Eroica’ at Cadogan Hall, those Thirds captained respectively by Vladimir Jurowski and Joshua Bell. (Classical Source reviewers were stationed at both.)

Ilan Volkov’s take on Beethoven 7 was very persuasive and satisfying, the only concession to matters ‘authentic’ being dinky hard-stick timpani. Nor was Volkov a slave to repeats, those in the outer movements convincingly omitted but with all observed in the scherzo (which gambolled fluffily) and trio (which flowed in good relationship); a proportionally pleasing arrangement. Not that this ‘dance symphony’ (as immortalised by Wagner) was out on a limb from those pieces played before it, nor was there any suggestion of ‘sugaring the pill’, for Beethoven’s music retains the ‘shock of the old’. That said, Volkov’s expressive and modulated account was softer-grained than some, poetic and pensive in the slow introduction, followed by a Vivace fuelled by internal combustion, and not without gracefulness, and without spurious holdings-back in the development. The Allegretto was solemn, sensitive and dynamic, and the finale was unforced in its exuberance, nicely ratcheted-up to a freewheeling coda. In short, a tonic of a performance.

Otherwise it was a ‘French Connection’, the Beethoven preceded, at the beginning of the concert’s second half, by born-1925 grand maître Pierre Boulez’s glittering vocal and instrumental work setting isolated English words and syllables by lower-case American poet e. e. cummings (1894-1962). Not that Boulez intended Cummings ist der Dichter (1970) as the title; rather he was simply informing South German Radio that “Cummings is the poet”. Although Boulez later expanded this work for 48 voices, here we had the original score with 16, the estimable BBC Singers integrating with a mix of strings, woodwinds, brass (utilising numerous mutes) and three harps. It’s a spirited and shimmering score and, for all that the playing was occasionally a little ragged (a consequence of the writing being not only exquisitely crafted but also exposed) this was a timely reminder of how impressionistic and iridescent Boulez’s music can be. 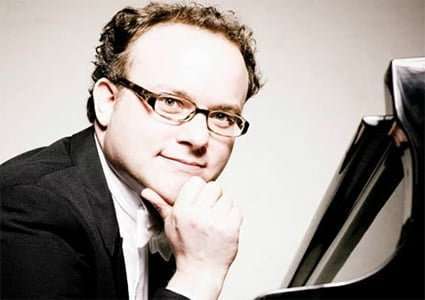 The pieces in the first half were thornier if engrossing. The late Gérard Grisey (1946-98) was represented by Mégalithes (1969, but not performed until 40 years later), scored for 15 brass instruments – six horns and tuba on the platform, and four pairs of trumpet and trombone dotted around the auditorium and linked to the conductor by a camera and monitors. Volkov faced the audience, the stage septet had their backs to us. For 11 minutes we were treated to growly majesty and thrilling rapidity, a study in sound, timbre, silence and perspective, Grisey extending the range in music dedicated “to the memory of the victims in Biafra”.

As for the concerto for piano and large orchestra, as On the Wings of the Morning by Hugues Dufourt (born 1943) essentially is (or is it?), a first listen (a second is needed) suggests that this 2012 piece may be too long. That it lasted here 28 minutes is a mere statistic; it’s the feel of the thing. There is some tremendous writing in the first half of the piece, conjuring thoughts of ‘Like a Wave of Power and Light’ (Luigi Nono’s Como una ola de fuerza y luz) and while there is no doubting that the eerie sounds of the opening conjure windswept images and the orchestra sustains a compelling force, there is also a suspicion of the music running on the spot. As for the full-on piano writing, this often seems independent of the orchestra, or even an obbligato. When the music calms, if staying ominous with Siberian chill, there are several minutes when the soloist is silent, as if emptied out of every constituent, but returning rather sadly and sparely. If the jury is still out on the music itself, intriguingly articulated and coloured as it is, there is no doubting Nicolas Hodges’s command of the idiom and his total bravura and commitment, or that the BBCSO and Ilan Volkov gave their seasoned all, as throughout this well-prepared and stimulating concert. Hugues Dufourt was in attendance.