Continuing their traversal of Martinů’s six symphonies, Jiří Bělohlávek and the BBC Symphony Orchestra here reached the Fifth, which was premiered in 1947 by the Czech Philharmonic under Rafael Kubelík, a lifelong supporter of the composer. Martinů had lived in self-imposed exile in the United States during World War Two, and when the conflict was over he decided to remain there, unsure of what sort of reception he would get if he returned home.

The Fifth Symphony was written in the USA early in 1946. The stark and questing mood of the first movement’s opening was finely drawn by Bělohlávek, a dark shadow cast across the landscape. As the Allegro section got under way those typical Martinů characteristics – bell-like sonorities drawn on childhood memories, contrapuntal cross-rhythms, and elements reminiscent of Stravinsky and Roussel – were to the fore. There is some typically quirky wind writing in the Larghetto, whose uncertain mood was aptly caught in the composer’s description of it as a “slow, static scherzo”, and here the contributions of Michael Cox on flute and Richard Simpson on oboe stood out amongst other highly accomplished playing. After the melancholy (Lento) opening to the finale, in which the conductor drew sonorous playing from the strings, a heady pace was set for the Allegro which, despite the occasional reappearance of darker tones, was masterfully taken to its vigorous conclusion. With each instalment of this cycle, Bělohlávek has shown anew what a dedicated advocate he is of Martinů’s music, the symphony-cycle to be completed with the Third (17 April) and Sixth (8 May).

Bělohlávek was perhaps not quite as successful with Brahms’s “Ein deutsches Requiem”. Darkness, rather than light, seemed to be the defining characteristic in the first movement, ‘Selig sind, die da Leid tragen’, a lugubrious tempo militating against the sense of comfort and joy that really should prevail. Matters improved somewhat in ‘Denn alles Fleisch, es ist wie Gras’, which benefitted from some very fine choral work. But at the great climax – where the timpani pounds away and the chorus reminds of the ephemeral nature of our lives and achievements – the overall effect was less than overwhelming. 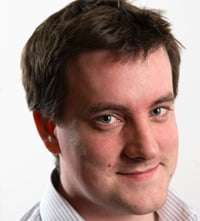 Benedict Nelson (replacing Markus Eiche) does not yet have the heft and depth of tone that both ‘Herr, lehre doch mich’ and the penultimate movement require, but he has a fine sense of line and put his words across with undoubted commitment. The chorus floated beautifully in ‘Wie lieblich sind deine Wohnungen’, in preparation for the fifth movement, ‘Ihr habt nun Traurigkeit’ in which the Puerto Rican soprano, Ana María Martínez, was fully up to its considerable demands, albeit occasionally there was a slight tendency for her tone to harden. The chorus was particularly touching.

The performance really took wing in the last two movements: ‘Denn wir haben hie keine bleibende Statt’ was taken at a relatively quick pace, and when the chorus told of the sounding of the Last Trump and the raising of the dead, the conductor found an ideal pulse. The chorus’s brazen challenge to Death: “Wo is dein Stachel?” was very powerful, and the final movement, ‘Selig sind, die Toten’, was long-breathed, sombre, and deeply ruminative. Very affecting was the playing of the oboe and three trombones at the words “Ja, der Geist spricht”, before Bělohlávek directed his forces towards the beatific conclusion.