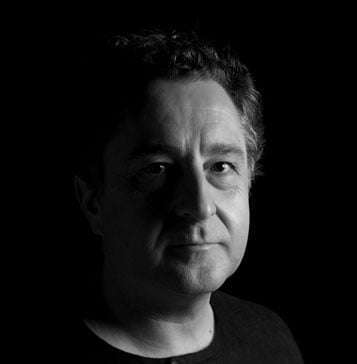 Respighi’s Three Botticelli Pictures has never been as often heard as its qualities demand it should, so it was a welcome innovation, as well as being seasonally adept in terms of programming, for the BBC Symphony Orchestra to open this interesting programme with this beautifully conceived score.

Botticelli’s paintings are world-famous, and hang in the Uffizi Gallery in Florence. They are ‘La Primavera’, ‘L’Adorazione dei Magi’ and ‘La nascita di Venere’, the middle movement ideally related to this time of year. The work is one of Respighi’s most original: a delicate tapestry of sound not at all unsuited to the subject-matter, and magnificently laid out for small orchestra. It may be thought that the central section – depicting the night before Christ’s birth, with the Gregorian ‘Veni, veni Emmanuel’ woven into the texture – is a little long for the material, but in this superbly well-played account the smaller-sized BBCSO showed just what a first-class band it is. No little credit in this regard is due to Josep Pons. His gestures may be somewhat exaggerated at times, and in the final bars his vocal grunts could be clearly heard.

The concert ended with another rarity. Richard Strauss’s Bourgeois gentilhomme Suite was extracted from the incidental music accompanying Hugo von Hofmannstahl’s revival of Molière’s play. Strauss’s score is one of the earliest examples (composed between 1912 and 1917) of what came to be known as the neo-classical style, perhaps best-known through Stravinsky’s ballet Pulcinella of 1920. Consequently, the music of Le Bourgeois gentilhomme is completely different to what Strauss was writing for the opera-house and concert-hall during that time – Die Frau ohne Schatten and An Alpine Symphony – being composed for a relatively small orchestra (36 players) and mostly based upon baroque originals.

Written not so much as pastiche, more as an affectionate acknowledgement of late-17th-century masques (as popular in England in the early Restoration period as in Louis XIV’s France), the nine numbers comprising Strauss’s Opus 60 contain some of his most delightful original material and felicitous orchestration. He pursued the concept further in 1923 with his Dance Suite after Couperin.

The result is that Le Bourgeois gentilhomme made a surprisingly successful conclusion to this programme. It has been said that the score is rather too long, but when so well played and characterised, as it was on this occasion, one might find it difficult to uphold that criticism – particularly the demanding part for solo violin, which was quite superbly played by Natalie Chee. The outstanding principal horn, Nicholas Korth, also deserves mention.

And so the concert began, and ended, with scores by two of the greatest masters of the orchestra of the last century. They surrounded a newish (2012) choral work by the Australian composer Brett Dean, new associated to the BBCSO, written for the Thomaskirche, Leipzig where it was first heard. Writing a cantata on the subject of The Annunciation for J. S. Bach’s own church is a risky proposition, and whilst it may not be possible to assess the piece on one hearing, it is clear that the composer has responded in kind to the text (three of the four movements are settings of recently-written material by Graeme William Ellis) with music of economy and precision. The result may not be a work of any striking originality, but when performed after Respighi’s meditation on the same profound subject, we are left with an impression of Dean’s unfailing invention, fluency and craftsmanship – excellent qualities. The composer was present to appreciate the total commitment of singers and orchestra – Dean’s instrumental demands being smaller than either Respighi’s or Strauss’s – and for the commanding direction of Pons’s admirable musicianship.