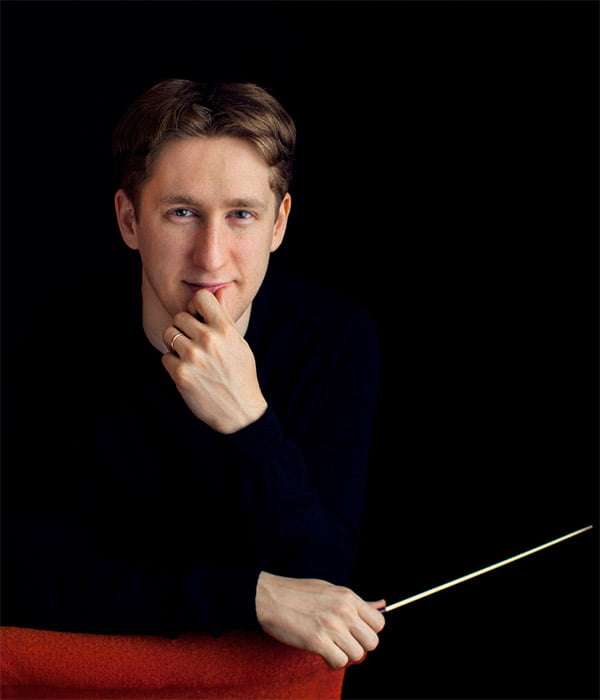 Music by Christopher Rouse is always worth encountering. Rapture (2000, written for the Pittsburgh Symphony and Mariss Jansons, and twice recorded) initially suggests exquisite echoes of earlier American music, especially that which is pastoral in character, and which grows to a culmination that is off-the-radar thrilling and reminds of William Schuman’s sense of ceremony. It was given an impressive outing here, Joshua Weilerstein in compassionate command (if not needing to speak beforehand). There were some affecting poetic solos (oboe, flute, and back-desk violins), a deeply beautiful hymnal, and then a tumultuous progression to the ricocheting and intoxicating conclusion. As a postscript, Rouse’s 90-minute Requiem (2002) is long overdue its UK premiere. As a second postscript, I am really looking forward to an imminent Dacapo release of Rouse’s Third and Fourth Symphonies (New York Phil/Alan Gilbert), and he has a Fifth slated for Dallas next year. Good to see Rouse in the audience.

Bryce Dessner (born 1976) – composer (including the score for The Revenant) and guitarist (a member of The National) – has three commission-outlets for Quilting, including the Los Angeles Philharmonic and Gustavo Dudamel. In the hands of the BBCSO, the 20-minute Quilting (as in quilt-making) neither surprised nor exasperated, the ideas derivative, the direction of the piece uncertain. The music opens as if awakening and promised much, which was rarely delivered. There are some attractions in both the creativity and the scoring, but development seemed a case of one step forward, two back, so that come the close, it was a question of where and why? The very end was curiously inconclusive. Dessner was also in the audience.

Quilting was swept aside by the fabulous West Side Story Symphonic Dances (arranged by Sid Ramin and Irwin Kostal – who were also the show’s original orchestrators – under Leonard Bernstein’s supervision, and who tend to be overlooked, save Andrew Achenbach gave them full credit in his programme note). Achenbach’s description of this Shakespeare Romeo and Juliet-derived masterpiece as a “social music drama” hits the spot. Symphonic Dances is very much a favoured piece on BBC Radio 3 at the moment – it was broadcast last Friday and also Tuesday afternoon and evening, and this from the BBCSO is due for relay in a few days. 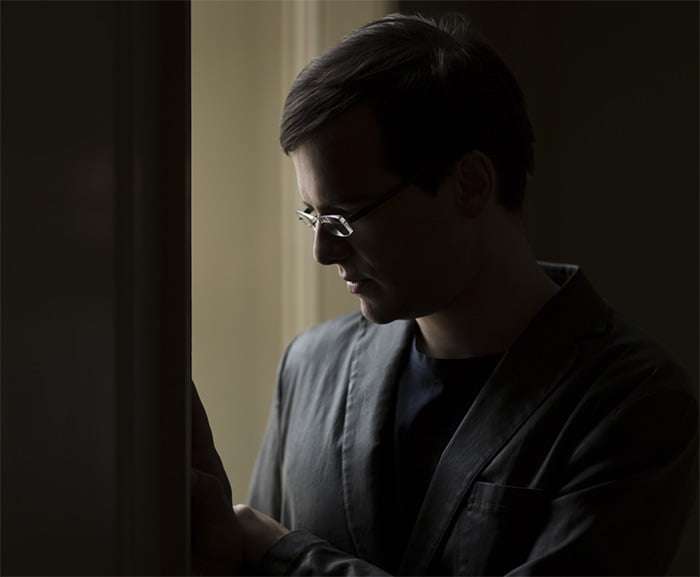 The present account was finger-clickingly terrific (almost as good as the composer’s final recording of it, on DG, and that’s saying something) – intense, eloquently moving and spectacularly knife-edge in the energetic/strident sections. ‘Mambo’ was well-shouted, fuelled by drum-kit and scorching trumpets, ‘Somewhere’ was poignant, and the whole (which is rather more than a potpourri of hits, and some great numbers are excluded anyway) strikingly encapsulates the stage-work itself, and was brought off here as very exciting and touching, the long silence maintained at the end starkly embodying the tragedy of racial violence (Jets versus Sharks) and the ill-fated Tony and Maria (from the rival camps).

Bernstein (1918-90) played (and twice recorded) Ravel’s urbane G-major Piano Concerto, so its place here was pertinent. Getting off to a whip-crack start, and with a smart trumpet solo, Francesco Piemontesi was elegant and sassy, virtuosity a means to a musical end, Weilerstein and the BBCSO doing a good impression of a jazz band, detail vivid. The still-centre of the first movement was especially rapt, with a superb harp contribution from Sioned Williams, although the horn suffered, and Piemontesi’s trills were especially delectable. His long solo to open the Mozart-meets-Fauré Adagio was particularly lovely, complemented by limpid woodwinds (not least Alison Teale’s cor anglais) and confiding strings, while the Finale, for all its nippiness, also managed to be playful. George Gershwin looked in for the pianist’s encore, ‘Embraceable You’, in a rather showy arrangement by Earl Wild if cuddled by Piemontesi with style and dynamism.

Earlier in the evening, the redoubtable (here 18-strong) BBC Singers and chief conductor David Hill had graced St Giles as a perfect fit in this sympathetic acoustic with a Symphony Orchestra-balancing line-up. Aaron Copland’s early Motets (1921) incorporate lullaby, declamation and exuberance, and in which dissonance needs to be immaculately accurate: it was. Irving Fine’s The Hour-Glass (1949), to centuries-old prose by Ben Jonson, revealed very accomplished choral writing without quite establishing distinctive expression, with the fifth section, ‘Lament’, suggesting a kinship with Gustav Holst. Quite why only one of Samuel Barber’s Two Pieces (1968) was performed was not explained. ‘Twelfth Night’ (not Shakespeare but Laurie Lee) was listed and its text provided, but no performance. It’s now-lone companion, ‘To be Sung on the Water’, is a rather lovely pacific setting, the words overlapping. I would rather have had the other Barber than Eric Whitacre’s When David Heard (1999). What your correspondent heard was someone indulgently toying with language to negligible musical effect if much tedium. Well “my son” if you want to know how a composer can vary one word (two, in fact) to compelling effect then Randall Thompson’s Alleluia (1940) is one divine and quite haunting example – contemplative, ecstatic, tender, very expressive. “Amen” to that.