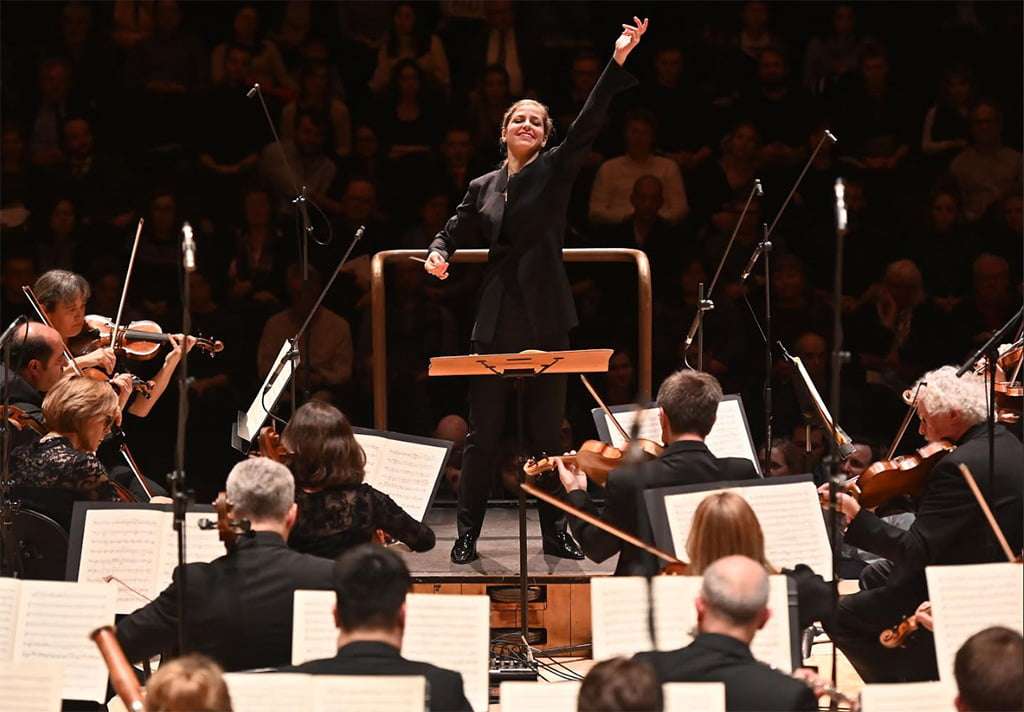 The final chords of Beethoven’s Symphony were not the last bit of business, for Karina Canellakis was presented with the Critics’ Circle’s Emerging Talent Award, and her relationship with the BBC Symphony Orchestra is developing nicely on this its third outing. This was her first Barbican Hall concert with the BBCSO following two Proms. Their rapport was palpable in both halves: a UK premiere and a warhorse, minted afresh.

Austrian Thomas Larcher has been championed by the BBCSO recently. This time his 2015 Alle Tage (Every Day, although I prefer All Days), Canellakis returning to the work having conducted it last August in its Austrian premiere at Bregenz. Not that the programme informed us, the first performance of this Amsterdam/Leipzig/Washington co-commission was given at the Concertgebouw in April 2015, followed by Leipzig presentations that November.

Requiring an orchestra of over one-hundred players, Alle Tage offers an immersive soundworld of a dark-hued late-romanticism skewed with modern sounds: tapped instruments, a prepared piano (including the use of an electronic bow, held inside the piano lid against the strings) and a battery of percussion. Coupled with the nocturnal Bachmann lyrics and the choice of a baritone, Alle Tage is atmospheric and, at times, sombre but deeply satisfying.

Rising from an eerie dark, a lonely flugelhorn (Gustav Melander) – surrounded by a halo of cymbal shimmering – draws us in, encouraging faster swirling rises in the strings and more precipitous gradients down and up. Thomas Oliemans introduced the first of the two nocturnes – ‘The Invocation of the Great Bear’ – densely interweaving celestial and animal imagery in a dramatic monologue, ending with percussion swelling. The second, ‘My Bird’, is about an owl and – to start – calmer though still eerie. This and the third song, ‘The Way Home’, had verses missing in the text and translation in the programme, though the full translation was available via the surtitles. While ‘My Bird’ rises to a fiery climax and dies away again, the Scherzo-like ‘The Way Home’ – reminding me of Schubert’s Erlkönig where here a vampire pursues the narrator – darkens throughout the setting as the vampire’s fangs close in on a helpless neck. 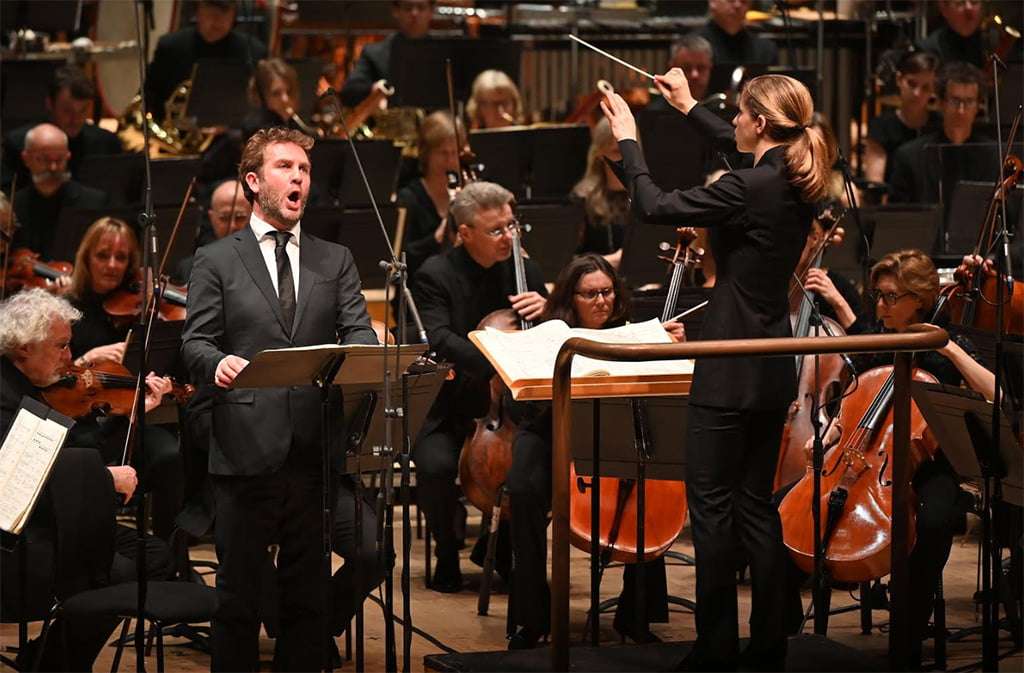 The electric bow on piano string – offering a low tone – introduces nagging pulses, dampened in the prepared piano, like tick-tocking, for the beginning of the orchestral ‘Remembrance’: a Brucknerian slow movement in modern tones, even if not in scale, as – after nightmare visions crowd in – the music quietens for a sudden whirring that sets off ‘Storm, War’, with the ticking now transferred to woodblock. The music spirals away in a mechanistic, John Adams-like way forming a brilliant, mercurial movement that slowly shudders to a halt as if running out of steam, only to start up again, this time dying away on stuttering strings for the accordion to slow the pace – the ticking now glacial, with solo cello rises and tinkling keyboards, then sparser textures that die, uncertainly, away.

The final song, ‘All Days’, describes a topsy-turvy world; Oliemans in a deadened monotone, until the words “hero” then “hope” are uttered, allowing the final two stanzas a brighter outlook, leading to clarinets and accordion to end the work with rising phrases that simply stop. This was a gripping performance of what is unmistakably a major work, Oliemans commanding the text with Canellakis in complete control.

There was a tightly packed formation for Beethoven’s Seventh, the strings cut by a third (to forty), built up from just four double basses. Canellakis favours a historically-informed approach with period timpani and hard sticks (though not corresponding horns or trumpets), little or no vibrato and a clean, clear attack. She gave us a satisfyingly lean and urgent performance, involving and characterised by individual wind timbres and cohesive ensemble. It may have lacked a little of the rhythmic ferocity of Herbert Blomstedt’s recent Philharmonia performance, but it was still a thrilling rendition.