This (mostly) London-related concert was bookended by classics. The wonderful Elgar was stiffly phrased and endured tempos that tended to the treacly, near to grinding to a halt, but with a central march-past that went to the other extreme. The brass was allowed or encouraged to dominate as part of a coarse, leaden and episodic account of little character and evocation. (One was left to reconsider Roger Norrington’s ‘cheeky chappie’ if affectionate reading with this orchestra at the Proms season just gone.) The Haydn (the only one of his 12 ‘London’ symphonies, 93-104, to acquire that title) opened impressively, bold and severe, with crisp strokes from John Chimes’s ‘authentic’ (smaller) timpani. But despite the well-judged moderate tempo, blandness informed the Allegro, the heads-down members of the BBC Symphony Orchestra keeping themselves together for the most part. The slow movement, marked Andante, was lethargic, the succeeding Minuet heavy, although the Trio found some expressive sparkle, and if the finale raised the spirits, the overall impression was of a monochrome, dutiful performance that suggested Haydn, in his valediction to ‘the symphony’, was tired and going through the motions – and nothing could be further from the truth. 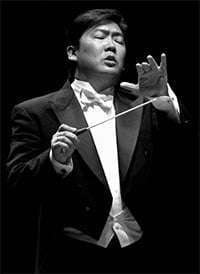 Long Yu (Chinese, Yú Lóng) was more sympathetic and insightful to Reflet d’un temps disparu (1996), at least entering into the London spirit through this being its first outing in the capital. Tracing the work’s one melody of engagement (folksong-like and heartstring-tugging) back to 1425, ‘reflection of a vanished time’ is otherwise short of thematic distinction. Qigang Chen (Chén Qígāng, born 1951 in Shanghai and long domiciled in France) certainly conjures some attractive and scenic-suggesting orchestral colours but not enough to sustain a 25-minute concert-hall work that is not quite a concerto or, indeed, invite a return to it. There was an element of tedium evident with the open-ended form and a reliance on effects, and – here – the soaring climax sawed the ears off (a misjudgement of the Barbican Hall’s immediate acoustic). There was no doubting Li-Wei’s sensitive, virtuosic and beautifully toned performance, but the conductor might have held the closing silence for longer. 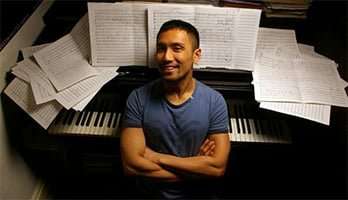 As he might too at the end of Hong Kong-born Raymond Yiu’s new work, seemingly not written to a commission, which closes with a flugelhorn solo, off-stage (says the score) if played high-up in the auditorium itself, which called for but was denied to be left hanging in the air. Completed last year, The London Citizen Exceedingly Injured, takes its titular cue from the pamphlet of that name published in 1738 by the “unhinged”, periodically incarcerated Scottish-born, London-living Alexander Cruden (1699-1770), English Bible proof-reader whose unstable state was seemingly down to his not having much luck with women. In musical terms, Yiu’s (here 17-minute) piece teems with incident (including much if timbrally varied percussion) and many ideas and teasing allusions, the latter including references to Elgar’s played-earlier ‘London’ overture, and which scintillates at its quickest paces, a mix of al fresco and rigorous (maybe 60/40). If the waltz and foxtrot occurrences (the latter reminding of Peter Maxwell Davies’s St Thomas Wake) simply arrived, then both sections engaged and added to the need to hear this music again to further examine its line and organisation, and which seemed to receive an impressive first performance (the composer was present, as was Qigang Chen), the BBC Symphony Orchestra committed and responsive.