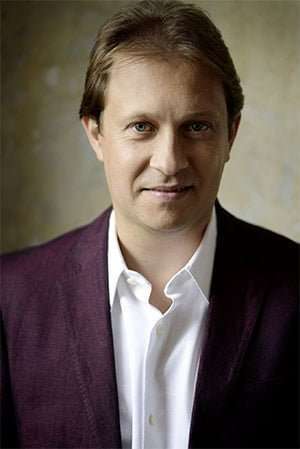 Poulenc’s Les Mamelles de Tirésias is based on a 1917 play of the same name by Guillaume Apollinaire. The absurd nature of its surrealistic subject matter, stylistically outdated even by the time Poulenc completed his score in 1945, has caused the work to be somewhat neglected. As this performance demonstrated, it is musically of high quality, and indeed five years before he died Poulenc declared that “Of all my works, this is the one I cherish most: the one I would like to hear on my deathbed.”

Listeners to the BBC Radio 3 relay were at a disadvantage to the Barbican Hall audience in two respects: firstly the production by Kenneth Richardson made it clear that this is a work that has to be seen as well as heard if its quicksilver nuances are to be appreciated, and Paula Kennedy’s English surtitles were also a vital component of the experience.

The bare outlines of the story are of a woman who decides to abandon her feminine role, allowing her breasts to float away like balloons, and embark on a high-flying masculine career. Her husband becomes feminised, and since his wife will no longer bear children, he devises a means through ‘mind over matter’ of creating 40,049 babies in a day. His children immediately develop earning potential that will keep him in good financial state for life, but a snag develops when the population of their imaginary state of Zanzibar (in Southern France) become hungry because there are now so many more mouths to feed. As in most good stories, all the problems are resolved and Tirésias and her husband revert to their traditional roles.

There were some departures from the score’s stage directions, largely imposed by the restrictions of a semi-staged performance, but Richardson introduced one definite improvement: the sideshow interlude of a drunken argument between two friends, Presto and Lacouf, ended with them squaring up to each other, rather than shooting each other dead. This made their reappearance later in the action rather more explicable.

Hélène Guilmette as Tirésias and Jean-François Lapointe as the name-less husband entered into the fun with great gusto and both negotiated their tricky singing roles skilfully. The supporting roles were mostly well taken. The BBC Singers gave good support both in ensemble and in brief solo parts, and the BBC Symphony Orchestra played spiritedly under Ludovic Morlot.

The concert’s first part had been less satisfactory. Listen to most older recordings of Fauré’s Requiem, such as either of two conducted by Nadia Boulanger, and it becomes clear that slow tempos taken throughout a performance are needed to make the most profound effect in this work, with its uniquely grave but elegiac quality. Guilmette and Lapointe sang beautifully as did the BBC Symphony Chorus, but the orchestral playing sounded slightly limp. And it was surprising that a French conductor should, though emphatic nods and gestures, continually push the music forward at rather more miles per hour than were desirable. The ‘Pie Jesu’ suffered particularly in this respect.