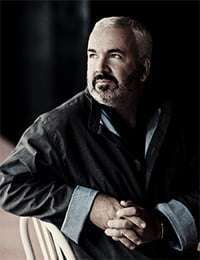 In his play Peer Gynt, the self-exiled Henrik Ibsen satirised from afar (Italy to be precise) what he considered to be the narrow-mindedness of his fellow Norwegians. At the first-night, on 24 February 1876, in Christiania (now Oslo), the incidental music was provided by Edvard Grieg, the author’s composer of choice. Of the 26 numbers that Grieg wrote, eight have become internationally loved in the form of two suites (Opuses 46 and 55). What we heard on this occasion was the complete score that complemented the original production as edited by Finn Benestad who has taken into account the composer’s later corrections but ignored any subsequent excisions or additions. The story centres on a foolish young man with delusions of grandeur and his travels – misadventures – whose desire is to be “emperor of the whole world … Peeropolis”. The play itself, for all its considerable length as first staged, cuts and pastes in terms of location and circumstance as well as skewing through many years without consequence finally to Peer Gynt’s old age and his questioning of what he has achieved in his life.

We were given a clear-sighted potting of the narrative; and with all of Grieg’s music the presentation was approximately two hours of action featuring six actors from the Guildhall School of Music & Drama. But here was the rub: they were amplified to overloud and edgy effect. Even allowing for the Barbican Hall’s distances and heights to be reached, these artists might have been encouraged to project rather than being given such easy enhancement; and when their voices were raised it was the equivalent of being shouted at. The troupe did well, though, and if the inclination was to Irish accents each artist took well their characters (some with multiple roles) and praise should be noted for their confidence and enunciation; no swallowed syllables here. Patrick Walshe McBride portrayed Peer Gynt, firstly as a wide-eyed, eager young man attracted to both Ingrid and Solveig, and attentive to his mother Åse, and who would make the biggest impact with Peer’s final thoughts; indeed no little pathos was generated.

But the amplification was even more questionable when solos from the BBC Singers carried effortlessly from the farthest reaches of the platform without such stimulation, as did viola and violin (masquerading as Hardanger fiddles) played from behind the orchestra. Thus imbalances and incongruous perspectives were evident. Following the interval, possibly the actors’ volume had been tamed – a little – or my ears had hoisted a white flag; even so, the spoken voices remained tonally artificial. 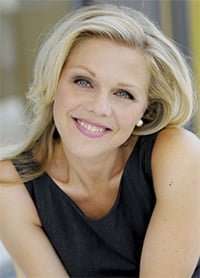 Musically, things were as they should be – au naturel – save for a curiously attenuated bell-like sound of uncertain provenance emerging from the percussion section, and under Marc Minkowski – genial, animated and focussed – the BBC Symphony Orchestra (with too few double basses, four, for this acoustic) played superbly, precise and athletic from the off, with some very expressive woodwind solos to give a fair idea of what lay ahead.

It was instructive to hear those movements that have a separate concert life in context, not least ‘In the Hall of the Mountain King’ (with chorus), and if the sun rose rather too swiftly over the Sahara in ‘Morning Mood’, Minkowski otherwise conducted with fine judgement for tempo, and with affection and an ear for vividness, not least in the dramatic and Arabian sections. String-playing could be hushed and tender, particularly in a very sensitive ‘The Death of Åse’ (Act Three) and also in the Act Four ‘Peer Gynt before the Statue of Memnon’ with four horns adding to the solemnity. Having been trolls and herd-girls, the BBC Singers’ finest moment came near the end in the a cappella ‘Whitsun Hymn’, slow, soft and haunting.

Of the solo singers, Miah Persson was wonderful in ‘Solveig’s Song’, and very careful to leave the stage in silence at its conclusion (if only some in the audience had been as considerate throughout the evening) simply for the off-stage reprise to attract a long-ringing mobile. Ann Hallenberg was seductive in a brazen and slinky ‘Anitra’s Dance’. It seems as if the actor playing Peer is required to sing in Act Four; here though Johannes Weisser did the honours to serenade the Bedouin chief’s daughter.

Alain Perroux was credited as stage director, save he had little movement to guide; so maybe he took responsibility for the truncated English narration (although his note in the programme was translated) and/or the actors’ role-assumptions. So, brickbats aside, the Guildhall School representatives impressed and the musical performances were stylish and illuminating, tenson maintained by having the first three Acts, and then the final two, made indivisible