Reviewed from live BBC Radio 3 broadcast…With travelling to the Barbican Centre not an option on this occasion, I took to the Radio 3 airwaves. 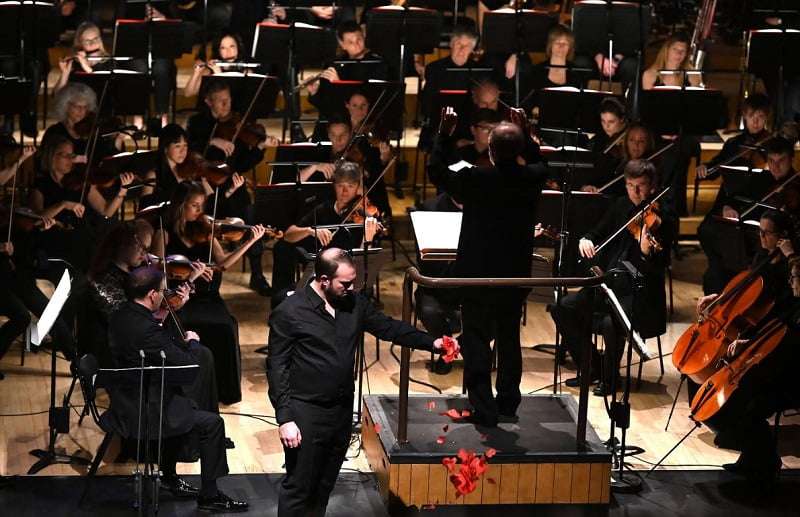 I hope Martyn Brabbins will take this as a huge compliment, that he is the Sir Adrian Boult for our time. His versatility and consummate embrace of a wide range of repertoire – Guillaume de Machaut and Byrd to Birtwistle and Ferneyhough, opera-house to concert-hall, Beethoven, Tchaikovsky, Tippett – suggests him as such, as does the wholesome excellence of the interpretations and orchestral response … just needs a knighthood.

Meanwhile this concert of British music further links Brabbins to Boult, save both conductors include an international repertoire (Boult included Bach to Wagner in his, via Brahms, Berg, Mahler, Sibelius, Sousa). They also have Bax and Vaughan Williams in common. The former’s November Woods (1917) doesn’t get out much, in whatever month, and it should, this account demonstrating why, music that goes beyond its picturesque title, Firebird-like in the shifting textures of the opening, suggestions of Bax’s French contemporaries too, before storm-clouds gather and things darkly intensify, the tempo quickens and emotions increase briefly before enchanted seclusion is found, private thoughts to be essayed, the listener’s senses ravished by Bax’s ecstatic melody and gorgeous orchestration, before tempestuous measures return and passions swirl, if without resolve – twenty minutes handsomely delivered by the BBCSO and Brabbins.

When Bax composed November Woods the Great War was at its height. Cheryl Frances-Hoad’s thirty-five-minute Last Man Standing, to a libretto “by Tamsin Collison inspired by WW1 texts and personal testimonies” acknowledges the end of this conflict in 1918. In a score full of wartime onomatopoeia – bugle-calls, drums, whistles, marches – and, borrowed or created, the use of soldiers’ and popular songs (including ‘Auld lang syne’ on horn, harmonised bleakly), there is no doubting the sincerity of Frances-Hoad’s setting, music of eerie quiet, lyrical eloquence, proud declarations of duty, the summoning to battle, and mood-swings reflecting the horrors of conflagration, a roll-call of losses – come together for a sinister musical cabaret musing on something all too real, musically engrossing and moving.

Marcus Farnsworth’s diction and mellifluous musicianship were impeccable in a piece that might be considered a subject-related counterpart to John Adams’s The Wound-Dresser (to Walt Whitman’s poem about his hospital-volunteer experiences during the American Civil War), also involving a baritone, Frances-Hoad’s work more akin to music-theatre and working well for me as an aural experience, ending, coincidentally or not, to suggestions in the vocal writing of ‘Strange Meeting’ from Britten’s War Requiem; understandable if so. 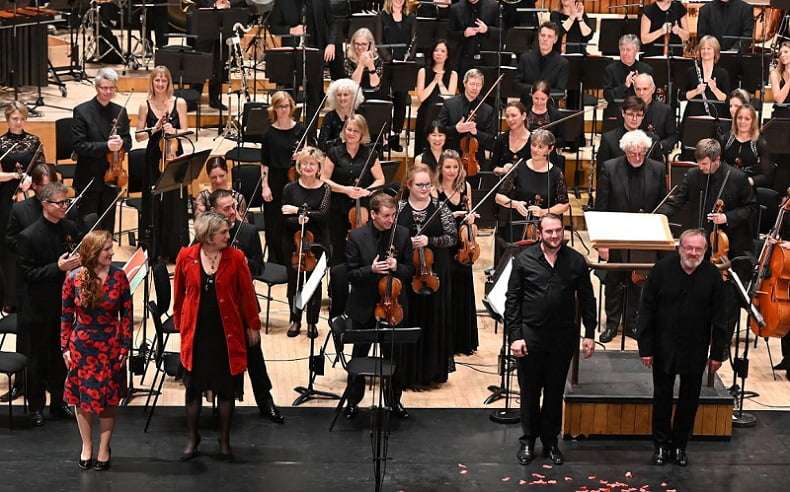 Brabbins has started a BBCSO Vaughan Williams Symphony cycle for Hyperion – five-star reviews for the first two, links below – and numbers 3 (Pastoral) & 4 were recorded just a few days ago, awaiting release. The F-minor (1935, dedicated to Arnold Bax, first-conducted and twice-recorded by Boult, connections, connections) arrived at the Barbican Hall in honed terms, not as whiplash as the composer’s own version (for a contemporary emulation of that approach Leonard Slatkin is your choice), and if VW was adamant that he had written a Symphony – pure music – its violence and turmoil may be heard as a presage to the Second War, and has attracted conductors such as Berglund, Bernstein, Haitink, Previn, Rozhdestvensky and Solti.

It’s a marvellous musical statement on VW’s stated terms (“it’s what I meant”) to which Brabbins, through the orchestra’s pinpoint attack, brought fire, energy and lyrical generosity to the first movement, the pulse covering all aspects, and from the exhausted closing pages came the icy wastes of the Andante, shaped with expressiveness if without a thaw (which would lose the invention’s essential character). The Scherzo and Finale are linked (corresponding to Beethoven 5). The former here was traced deliberately, articulately, losing some diabolism, gaining detail, the Trio galumphing agreeably, and if the ultimate movement was not the last word in throwing caution to the wind, something cyclonic, the strutting and reflective ingredients were bound as one, well-controlled to the angry, grinding and emphatic coda. Ultimately, it was all about the music.