This performance of Beethoven’s great choral work marked the beginning of the BBC Symphony Orchestra’s new season and was broadcast live on BBC Radio 3, hence the early start-time of 7 p.m. 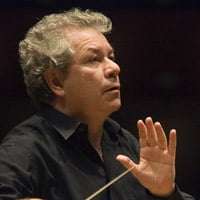 At just over 80 minutes in duration, Jiří Bělohlávek brought an admirable scale to this work, Like a perfectly-flowering rose, grandeur and faultlessness opened-up one of Beethoven’s very greatest achievements, the players, singers, soloists and conductor doing full justice to the work in a profoundly moving account. The spaciousness of the reading began with an unhurried ‘Kyrie’, although the (electronic) organ could have been more prominent – the majesty of what was to unfold had its seeds from the very beginning. The weight of sound from the orchestra was deep without being overwhelming, a terrific balancing-act of dynamics from Bělohlávek.

The vigorous opening of the ‘Gloria’ revelled in the sung words and the coda was positively exultant. The following ‘Credo’ is an affirmation of one’s faith in God. The journey of acceptance of faith, and its grandeur, came across and the many tempo changes were assured. Beethoven’s marking of ‘Mit Andacht’ (with devotion) for the opening of the ‘Sanctus’ is difficult to execute; here there was a lightness and subtlety to the playing and singing. The praise to the glories of Heaven and God that follow was an apposite contrast. The ‘Agnus Dei’ crowned the evening. Beginning in the depths of despair, desperate for mercy, the journey of the soul at last finds resolution in the compassion of God. Beethoven may have been, at best, ambivalent as to the nature of God, but here he produced, perhaps, the most spiritual music.

Having a wonderful quartet of soloists helped immensely. Dominating was Christine Brewer, whose awe-inspiring and powerful soprano rose above and through the music without recourse to pressure. Stephen Milling tackled the difficulties found in the ‘Agnus Dei’ without obvious trouble. His intonation and diction were spot-on, and the joining-in of the other soloists at this point showed how well the singers were well-matched.

The final section of the “Missa” was a supreme achievement for all of the musicians. Paul Grove’s malleable tenor ably ran the gamut of emotions, but was best suited to expressive defiance.The BBC Symphony Chorus was superbly responsive to Bělohlávek – there were moments when walls of sound powered forth without strain. Stephen Bryant’s wonderful violin solos were another highpoint.

This was no transient success: through careful preparation and depth of study, Bělohlávek and all the musicians communicated the humanity of Beethoven’s music wonderfully.