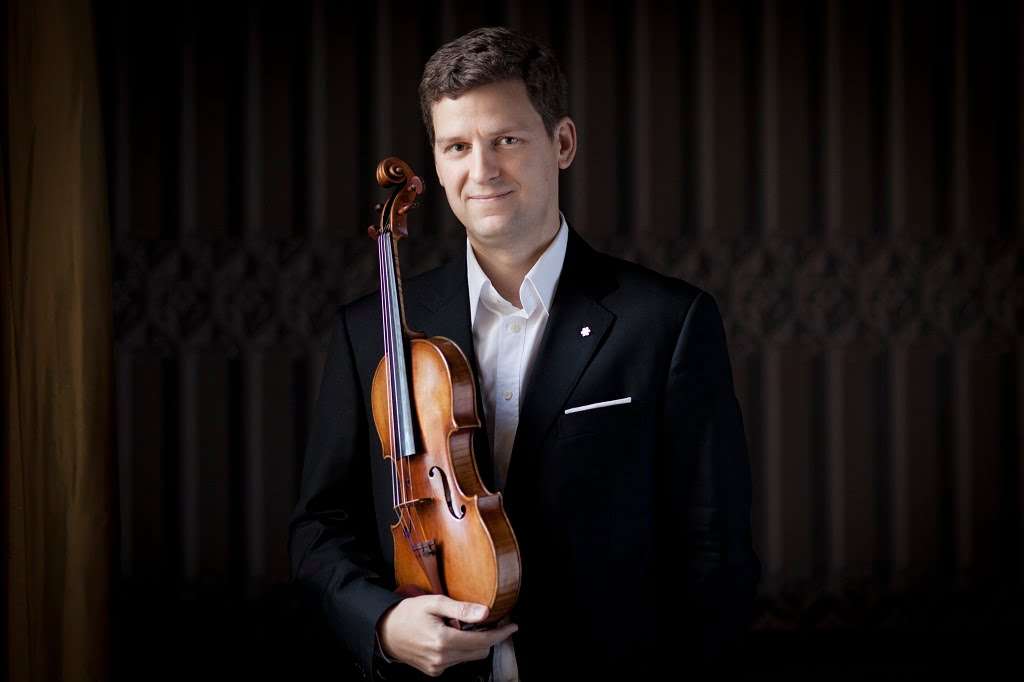 Lothar Koenigs, advertised for this BBC Symphony Orchestra concert, withdrew, and Ryan Wigglesworth stepped up to the mark. Like Koenigs, Wigglesworth has clout as an opera conductor, and I wondered how he would play off the Beethoven Violin Concerto’s ascendant lyricism against more formal considerations. In the end, he balanced both, while favouring a romantic approach, in which the BBCSO strings’ warmth and sheen played an important part, not least in covering some rather sour wind-playing at the opening. The result, notably in the first movement, had a Schubertian geniality and discursiveness.

Wigglesworth crucially made plenty of space for James Ehnes’s inimitable style, a style that implies big things in an unostentatious way. Every time I hear this wonderful violinist I become completely absorbed by his refined imagination and self-possessed identification in whatever he’s playing, and in the case of the Beethoven this meant that he embraced the work’s scope, made complete sense of its repetitions, and always deferred to Beethoven’s unpredictability. Neither Ehnes nor this Concerto shouts virtuosity, but Ehnes’s trills in the first movement were miraculous, and he had a close ear for weight and ensemble. The way he dipped in and out of the orchestra is just another aspect of Ehnes’s natural refinement, to the extent that in a short busk with a beautifully enunciated bassoon you weren’t sure who was accompanying whom, and the Kreisler cadenzas, in which Ehnes wore technique coolly, brought his overall poetic responsiveness into focus. With Wigglesworth steering the music between the freshness you get in the ‘Spring’ Sonata to the meditative beauties of the late String Quartets, and with Ehnes illuminating the score with a singularly intense sense of direction, this was a performance to treasure. His encore was the ‘Gigue’ from Bach’s D-minor Partita, BWV1004.

Schoenberg’s Pelleas und Melisande hasn’t stepped into the late-romantic limelight to the extent that his earlier Verklärte Nacht and later Gurrelieder have, despite Maeterlinck’s play being a decisive inspiration on that fin-de-siècle period. Like Debussy, Schoenberg first thought of it for a stage-work, but then decided to follow the Straussian model of a symphonic poem, with a strong programme covering most of the events and having more truck with blatant eroticism than Debussy’s obliqueness.

Wigglesworth and the BBCSO did a distinguished job putting as much light and air into the dense orchestration (Gurrelieder is almost transparent by comparison) as possible, mainly through the many solos and small ensembles that Schoenberg uses to intensify his scheme – lovely, and very Straussian, violin solos; fine, and very Wagnerian, work from the woodwinds, with bassoons providing their special sort of bleakness; some echt-romantic distant shadows from the horns. There’s a moment in the score where the lovers declare themselves to each other (the pivot point in Debussy’s opera), but Schoenberg’s torrential surge of music makes you wonder what they had been doing up to this point. Wigglesworth’s guidance through this colossal and motivic opus never faltered, and he was especially effective in slowing things down for the very beautiful and tragic funeral music for the now-dead lovers.