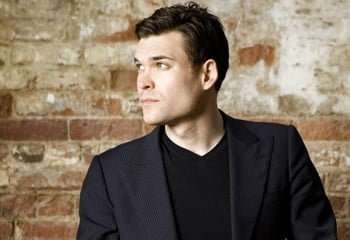 The epically toxic relationship between Britten and Stravinsky – adolescent hero-worship on Britten’s part leading two decades later to downright hostility – is well documented. Yet the older composer had a marked influence on the young Britten, which Ryan Wigglesworth was singularly adept at bringing out in this BBC Symphony Orchestra concert. A string detail, the way Britten isolates a particular instrument, or the magical horn writing all thread through the Peter Grimes ‘Sea Interludes’ and emulate Stravinsky’s freakily attuned ear for unorthodox sonorities.

These were prodigal in Agon, Stravinsky’s 1950s’ multi-movement abstract ballet score based round the theme of contest, which the BBCSO played with incredible finesse. The music goes beyond the neoclassical to hobnob with serialism, but the austerity and equilibrium of sound still define his remote and beautiful monumentalism. Wigglesworth, blessed with a similarly sensitive ear for the subtleties of Stravinsky’s orchestration, neatly negotiated the hard juxtaposition of material and encouraged the players to make the most of the various instrumental combinations, which still bear the inimitable stamp of originality. The leader Stephanie Gonley, mandolin-player Nigel Woodhouse and the excellent harpist Sioned Williams were completely in tune with the music’s character, and Wigglesworth kept the momentum of Stravinsky’s Baroque dance models stringently on course. This is music without an ounce of fat on it; orchestra and conductor kept up with its lean perfection. 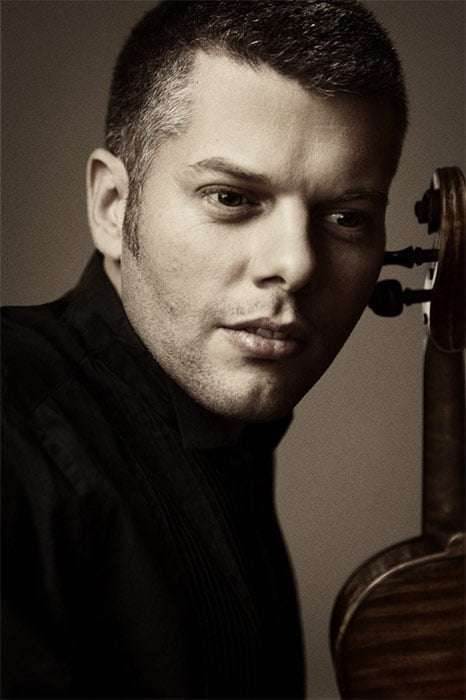 However, unlike many ballet scores played as concert works, Agon does need to be ‘explained’ by dancers. Or failing that, how about a visual interpretation by the Israeli-born, London-based video artist Tal Rosner? That fate, though, was reserved for the ‘Four Sea Interludes’ and ‘Passacaglia’ from Britten’s Peter Grimes, with the film projected on a large screen behind the orchestra. The urban imagery referenced the four US cities of the orchestras that commissioned Rosner’s work; the video for the ‘Passacaglia’ uses London scenes, the Barbican in particular.

Film composers know only too well where music fears to tread in relation to the moving image. Britten’s music for Grimes comes pre-saturated with its specific impressions – Suffolk, the North Sea – so that it is going to resist being hijacked by tricksy manipulation of scenes of Los Angeles or Florida. Rosner’s build-up to this “digital tapestry” (his words) in time to the ebb and flow of Britten’s music quickly palled, and the wizardry of shapes morphing Magritte-like into other shapes, then on into a pile-up of architectural detail may have said a lot about Rosner, but nothing about the music, which imperturbably pursued its own course.

Rosner’s programme note had me wondering less about his multimedia sensibilities, more about a sublime hubris. Just after Britten died, whenever something was deemed dodgy at the Aldeburgh Festival, the killing critical clincher was the phrase “Ben would have hated it.” I think at the very least Ben would have been baffled by the addition of film. Meanwhile, Wigglesworth’s sinewy sense of purpose and the BBCSO’s light-infused sonorities and clarity of detail distinguished an unfailingly interesting account of the music – for which it was a pleasure to close one’s eyes in the certain knowledge that they weren’t missing anything.

Ryan Wigglesworth, apart from his gifts as a conductor and pianist, is a highly-regarded composer. His Violin Concerto, heard in its original version in Amsterdam early in 2012, was then revised for its UK premiere in Manchester two years later. It was now in London with Barnabás Kelemen again the soloist. Its big idea, of a theme that Dante-like loses its way then finds it again, is common enough in music and can be used to profound effect – think of Elgar’s Symphony No.1, which Wigglesworth has conducted with outstanding results.

But on first hearing the theme didn’t come across that strongly. If it had, everything else would have fallen into place – its rhapsodic lyricism, a lovely cadenza that squares up in expression and psychology to those in the Shostakovich First and Elgar Violin Concertos, its lucid structure (a fast-slow-fast arch, with an introduction and epilogue, both of exceptional, spectral beauty), all of it supported by luminous scoring enhanced by harp and celesta, and a vital but unflashy soloist role. Kelemen has a sound – he plays a 1742 Guarneri – and style that moves easily between romantic and searching, and his folk-music-like spontaneity proved how at home he is with Wigglesworth’s mercurial and interior imagination. Mobile but not overtly histrionic, Kelemen seemed the ideal partner.

In a programme of substantial but relatively short works, the concert ended with Stravinsky, the Symphony of Psalms, a work that made a profound impact on the young Britten. Wigglesworth’s impeccable pacing enhanced its liturgical solemnity, the woodwind introduction to the second movement was played with impassive grace, and in the third – a setting of Psalm 150, about praising God in the sound of the trumpet et al, and usually celebrated with musical high spirits – the BBC Symphony Chorus surpassed itself in the rapt wonder of the closing music.