This was the final concert of the BBC Symphony Orchestra’s Barbican season – next stop the Proms – and the musicians signed off in style. 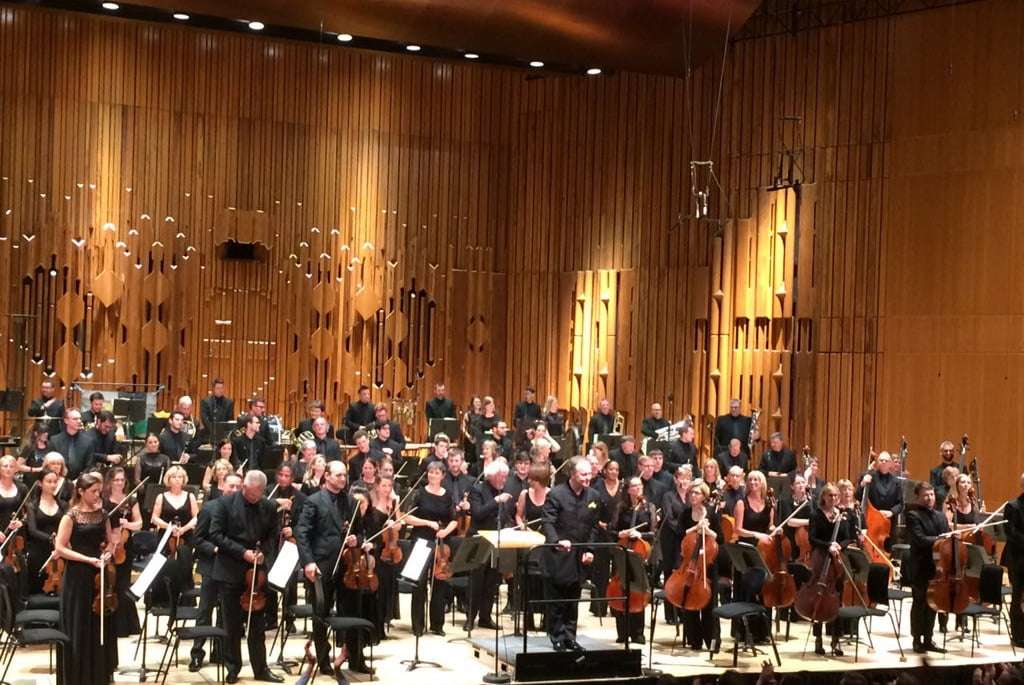 Thomas Larcher’s music continues to enthral, and you could hear why in Chiasma, first heard in Leipzig in March last year. His programme-note explanation of title as “an anatomical intersection” or “a cross-shaped configuration of paired chromatids” wasn’t a hugely helpful way in, but his mention of it as a “micro-symphony” gave an idea of its stature, at ten minutes, squaring up quite satisfactorily to the Mahler macro-symphony that followed, at around eighty.

Chiasma may be short but not in ideas. Brief and basic shreds of theme pair up, vary and transform each other, the orchestration in the climaxes has an Alpine grandeur suggesting Bruckner or Wagner, the percussion and brass are weighty but still part of the whole picture – and the piece is very visual – and there is an important role for accordion (played here by Rafal Luc) as a sort of queasy continuo that eerily and very beautifully asserts itself. With some ravishing passages for high strings and a decisive resolution, you are aware of the extent to which you have been involved. Sakari Oramo and the BBCSO played Chiasma as if it is core repertoire, such was the performance’s level of confidence and fluency. Thomas Larcher is featured composer at this year’s Aldeburgh Festival.

Mahler 7 is still not a guarantee of good box-office, and this brilliantly executed and exciting account will continue arguments about what Mahler intended by this five-movement Symphony/Suite hybrid, with an ambiguous, in the end exasperating Finale. Oramo is generally superb at clarifying huge symphonic structures without making it sound forensic and he radiates an irresistible, extrovert delight in the BBCSO’s wide-ranging facility.

The Seventh can come across as almost-improvisational if given a thread more lightning-clashes of mood than analytical consideration, and in the end this performance was short on irony and ‘side’. The various elements of the first movement were bathed in the same degree of light, so that, for example, the euphonium solo was just as far forward as the later big tune. The island-of-calm passage withdrew slightly to suggest transcendence, but otherwise the sense of fairytale and nature didn’t come across strongly, while the first ‘Nachtmusik’ was too corporeal, with the bird-twittering and the fanfares sounding far from distant and supernatural. The Seventh thrives on altering the focus between long and short perspectives, and this happened, to demonic effect, in the Scherzo, which would have sounded like a sequel to Ravel’s La valse had that been written first, and there was more of a veiled magic in ‘Nachtmusik II’, with guitar and mandolins (two of the latter) gracefully registering remote reverie.

Oramo was at his best in the Finale, in a superbly ebullient account that somehow made the changes of gear sound almost logical. Mahler has rarely sounded so gaudy, the playing was breathtakingly on the ball, and the cowbells, going hell for leather, raised a laugh – and it’s not often you can say that in Mahler.