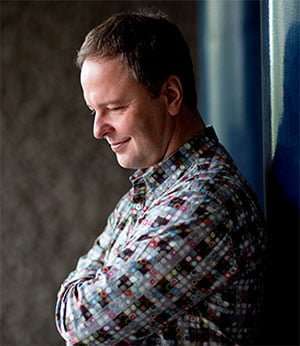 Shorter orchestral works, ideal concert starters, have sadly fallen off the radar in recent times, even a masterpiece like Paul Dukas’s The Sorcerer’s Apprentice (1897) – owing to Goethe and destined to be associated with Walt Disney’s Fantasia featuring Mickey Mouse – is relatively rare these days. Yet every note paints a picture, the musical invention is superb, and the orchestration is equally fabulous. Sakari Oramo perhaps laid the piece out a little too deliberately if with much attention to detail, colour and balance, and there was plenty of atmosphere. Once the score was under way, Graham Sheen’s bassoon solo was delightfully droll, this incident-packed performance building with stealth to an overflowing climax and a regretful envoi. Now, how about Oramo programming Dukas’s splendid Symphony in C (completed the year before Sorcerer), a work that the BBC has a certain claim on, for I believe that its very belated UK premiere was in the early 1960s with the BBC Scottish Orchestra (as it was then) and Norman Del Mar. (Really looking forward to Oramo leading William Alwyn’s First Symphony during this year’s Proms.) 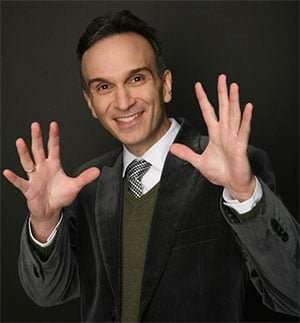 Just a few weeks ago I was very impressed with Bright Sheng’s Zodiac Tales, courtesy of a webcast by Leonard Slatkin and the Detroit Symphony Orchestra (review-link below). Not quite so lucky though with Let Fly (2013), composed for Gil Shaham and also launched by Slatkin and his Detroiters. Opening with an arresting orchestral gesture, we are immediately immersed in an exotic soundworld and passionate declamation from the soloist; almost like Samuel Barber with an oriental accent and turn of phrase. It’s a colourful and filmic piece playing continuously but with a lack of development and direction, music for violin with orchestra, rather than and. After some barbaric splendour, what counts as the slow movement is touchingly contemplative, very lyrical, leading to a cadenza that strays into the flight-path of The Lark Ascending before some folk-fiddling takes us into a strident-dance finale, quite tribal if with some homespun lines along the way. At any one point this is attractive music, yet there is a concentration-waning sameness that didn’t sustain the 28 minutes. No doubt though about Shaham’s dedication and bravura and the BBCSO’s well-organised accompaniment, much appreciated by the composer.

Finally Bartók’s Concerto for Orchestra, which was slightly hit and miss, and one had the impression that the hard-worked rehearsals had found Oramo scrutinising closely his new orchestra, the playing on the night slightly nervous and the occasional blemish seeming more significant than it might otherwise have done (and John Chimes’s rather too audible hand-stopping of notes was distracting). That said, it was clear that Oramo and the BBCSO have a lively rapport, the musicians responding to his graphic conducting with alacrity. His was a deeply considered reading, at times with haste if a smile and a lilt. The ‘Introduzione’ was both pensive and suspenseful, the ensuing Allegro vivace striving, the violas, cellos and double basses were impressively deep of tone, with the harps brought out with particular brilliance. ‘Giuoco delle coppie’ was certainly nifty if with balletic lightness, the middle section not indulged but dignified by solemn brass. ‘Elegia’ fluttered, whined and raged before finding at-peace eternity … and then straight into ‘Intermezzo interrotto’, beginning with a cry from the heart before gentler strains ensued. The ‘interruption’, Bartók’s ribald take on the recurring theme of the first movement of Shostakovich’s ‘Leningrad’ Symphony (and there may be Lehár’s Merry Widow in there as well), was rudely brusque (trombone ‘raspberries’) … and straight into ‘Finale’, quick-paced and deftly played, if not always as cleanly detailed as expected, but emerging out of misty depths the final bars were of blazing triumph.