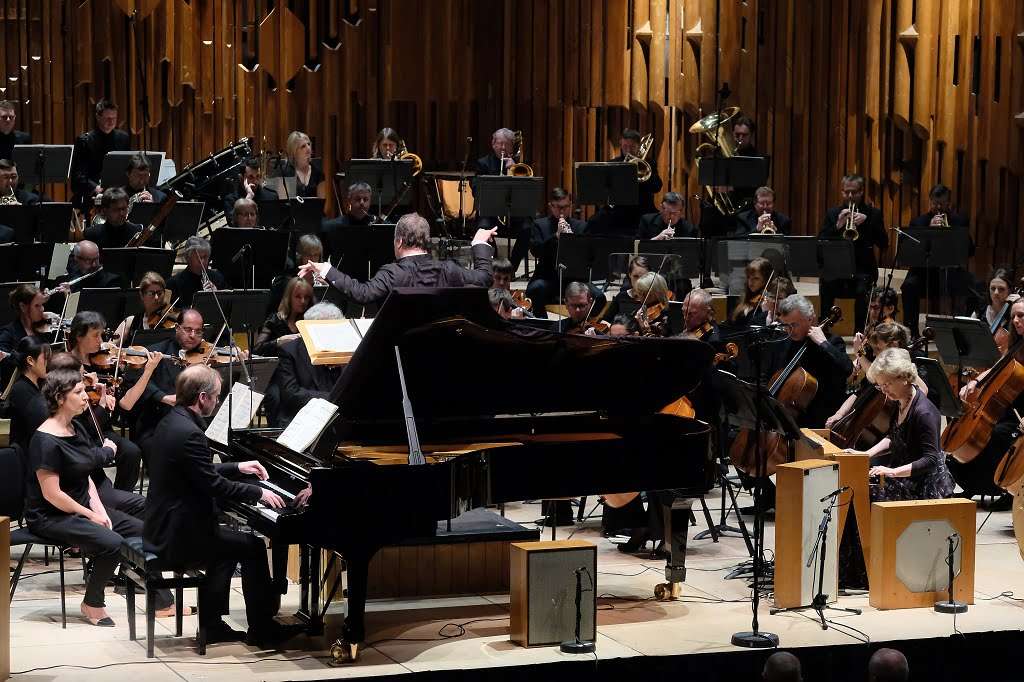 The BBC Symphony Orchestra closed its 2016-17 season in a blaze of colour and energy, with appropriate love and joy, Sakari Oramo leading a stunning performance of Olivier Messiaen’s Turangalîla.

Beforehand, an earlier example from Messiaen’s output, and something of a discovery. L’Ascension (1933), originally for orchestra and transcribed for organ the following year, is music I have underestimated over the years, or so this current account suggested. Scored for woodwinds and brass, the solemn and sacred opening movement here pictured an evolving cathedral, resolute to its skywards completion. The ‘Serene Hallelujahs’ that follow – strings and woodwinds – include a refrain on cor anglais that, for us, can be heard to look back to Ives (Decoration Day) and forward to Birtwistle (Triumph of Time) in music that is pastoral, enigmatic and impressionistic, much contrasted by the airborne and exotic rapidity that informs movement three, a dance on fiery coals, which Messiaen replaced for the organ version. Finally strings alone essay the rarefied ‘Prayer of Christ Rising to His Father’, a private communication, a stairway to Heaven, unfortunately with a mobile-phone interruption, and a repeater-alarm intruding the final silence, but a musical revelation nonetheless, very possible a divine one. 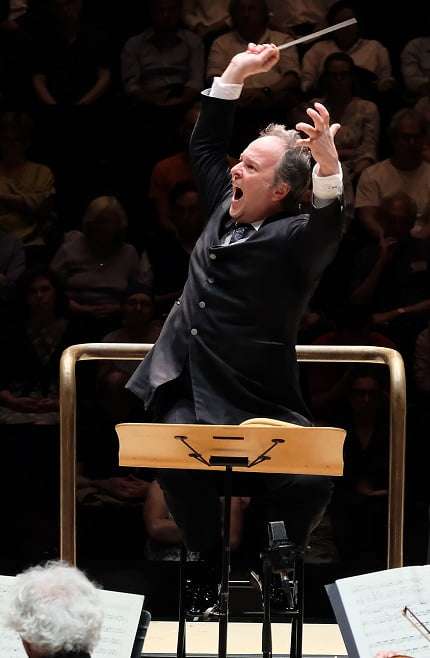 Turangalîla was completed in 1948 to a Koussevitzky commission for the Boston Symphony Orchestra and first-performed the following year under Leonard Bernstein. Steven Osborne and Cynthia Millar are veterans in their respective roles, especially Millar who was into three figures performance-wise a few years ago, and the stage was quite a sight, decked out with much percussion (no timpani) – requiring ten personnel – and, left to right at the front, keyboard glockenspiel (Janet Simpson), celesta (Elizabeth Burley), piano and, requiring speakers, the gloop and sloop sci-fi soundworld of the ondes Martenot (invented by Maurice of that name in 1928).

The ten movements of Turangalîla may stretch the credibility of it being a Symphony, although it does have motifs that return and which are transformed. Oramo and all involved did the work proud. The innocently titled ‘Introduction’ is of obelisk-suggesting brass chords, with the majority of the movement intoxicating, or it should be, and it was, pulsating. Entwined in life’s earthy rhythms and the communion of love, and with Tristan and Isolde in the mix, Turangalîla is a quirky, witty, swooning, mysterious and exhilarating masterpiece, including in the fifth and tenth movements a fair whack by Messiaen at loony tunes, ballets on another planet: irresistible. 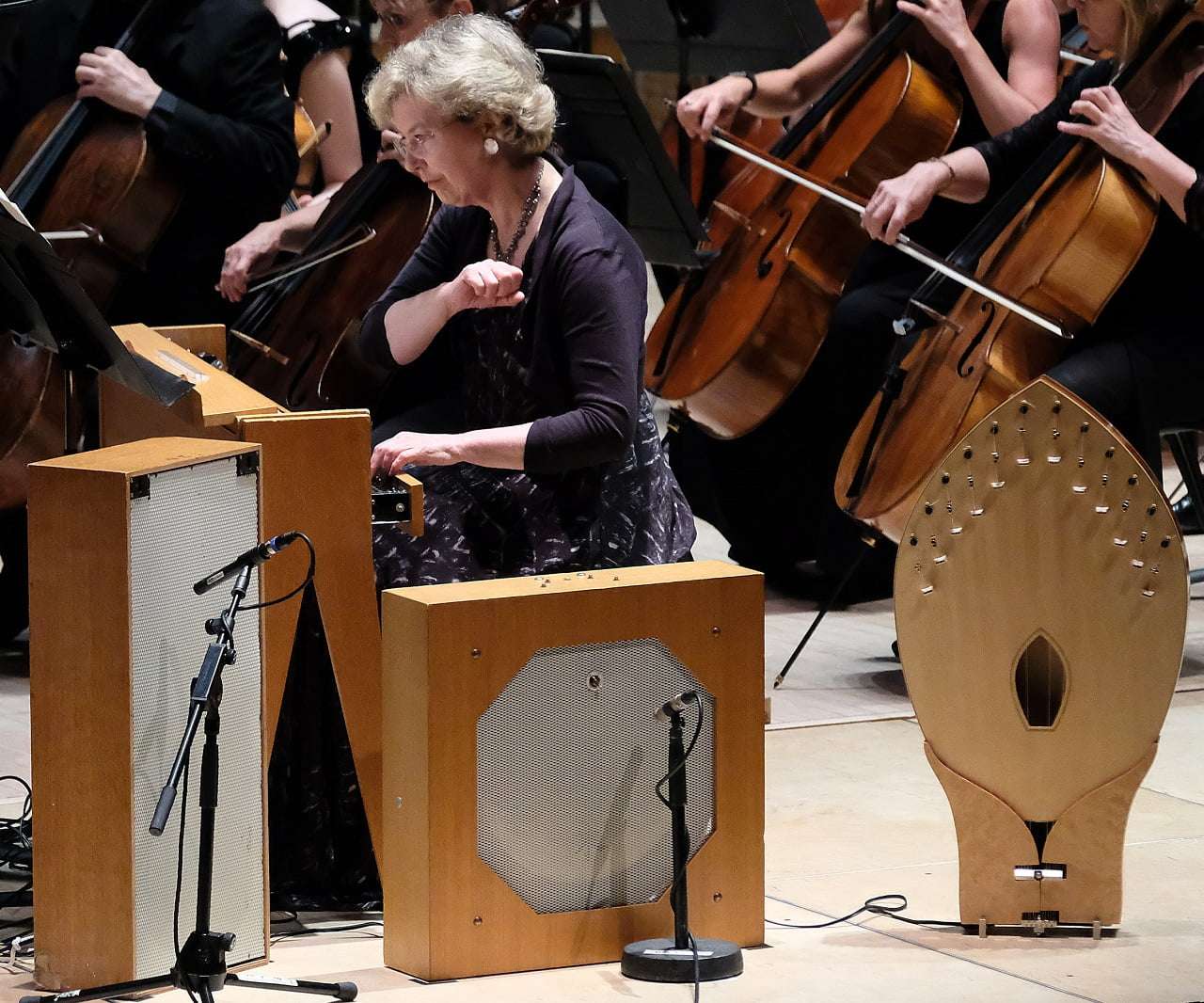 This BBCSO outing of Turangalîla was as impressive as any I have heard in forty years (beginning with André Previn’s LSO recording) and more so than some. Two things were especially clear: how much Oramo relishes the music, and (a first, for me) that Stravinsky is something of an influence in places, if without Messiaen’s inimitability being undermined. No doubting the fabulous playing of Steven Osborne – flamboyant and sensitive by turns, alive to the wide dynamic range exploited by Oramo – and the mastery of the ondes from Cynthia Millar and its particular gurgling and sweetly-eerie contribution, if maybe a little too loud and piercing at times.

Turangalîla was brilliantly played, the music vying between scintillation and seduction (some ravishing string-playing in movement nine), and it was good to see Oramo, seated for much of the concert, seemingly with a bit of a leg problem, standing as the music intensified to its grandstand finish to crown an accomplishment (lasting just under eighty minutes) that raised the roof, embraced the senses and, in ‘Song of Love 2’ (movement four), transported us to a magic garden (just like Ravel does in Mother Goose): overall then, a knockout, a count of ten.