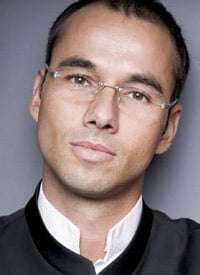 Jörg Widmann’s Lied was commissioned by the Bamberg Symphony Orchestra in 2003 and premiered under Jonathan Nott that year. In its original version it also received a UK performance from these forces at the Edinburgh International Festival 2005. Lied is essentially a song for large orchestra and an hommage to the tradition of German art-song in general and to Schubert in particular. Janus-like, it looks back to an Arcadian world of lost content, but is punctuated by moments of shocking violence. At the time of its Edinburgh premiere I wrote that “had everything been destroyed in some catastrophic event, yet by some miracle a composer had survived post-apocalypse and tried to recreate an impression of a Golden Past, Lied would be it.” The revision (2009), here receiving its UK premiere, is substantially slimmed down, not to its detriment; Lied now lasts nearer 20 minutes whereas the original lasted nearly half an hour.

Musically this was the most interesting part of the evening. Lawrence Renes is a Dutch conductor who has made something of a speciality of contemporary opera. In 2007 he led Santa Fe’s production of Tan Dun’s “Tea: A Mirror of the Soul” and also the European (followed by the UK) premiere of John Adams’s “Doctor Atomic”. On this occasion he drew some finely poised and well-focussed playing from the BBC Symphony Orchestra. Ironically, given that Lied is a conscious tribute to Schubert, it was the influence of other composers which lingers in the mind – Bruckner in the opening string tremolo and distant horns, Mahler later on and Wagner in the elegy for trombones and horns; only in the work’s second half is one fully conscious of Schubert. The presence of the accordion, used with tact, adds spice to the mix. Eventually Lied fragments into silence.

Stephen Hough’s take on Rachmaninov’s Paganini Rhapsody is familiar. Here he played it with his accustomed hair-trigger responses and dash. However, dash was the operative word. He has never lingered – neither did Rachmaninov – but, given Renes’s febrile accompaniment, there was little that could be thought of as rhapsodic, and for all the excitement one felt emotionally short-changed – there wasn’t much ‘lost content’ in Variation XII, a pensive minuet, or in its more famous companion, Variation XVIII. There was an unusual but welcome encore in the form of Hough’s arrangement of Podmodkovnye Vechera (Evenings near Moscow, or, as Kenny Ball and his Jazzmen would have it, “Midnight in Moscow”).

Emotionally short-changed also sums up one’s responses to Shostakovich 8, surely a front-runner amongst the 20th-century’s bleakest and most ambivalent works. This performance was one-dimensional and lacking any sense of the journey which lies behind the notes. After the arresting opening gesture the violins enter with an extended quiet threnody which should chill to the marrow, the frost almost visible in the air. Not here. Taken quite swiftly, it was just an extended string melody which soon overheated with the result that the movement’s extended climaxes went for little, so much sound and fury signifying if not nothing then at least not very much. For all its occasional eloquence, even Alison Teale’s extended cor anglais solo after the shattering central climax seemed slightly out of sorts.

The succeeding Allegretto, also taken swiftly, lacked focus, simply too loud, simply too fast for its sickening galumphing queasiness to emerge. The motoric third-movement (a second scherzo) – Allegro non troppo – again taken too fast, came over as an all-purpose moto perpetuo rather than sucking one screaming into the vortex. At least the succeeding Largo was distinguished by some fine solos, notably an excellent first horn (Martin Owen) and an especially sensitive clarinet (Marie Lloyd) and one was reminded of the power of stillness, something soon lost though going into the final Allegretto. As Gerald McBurney’s perceptive programme note puts it “this last movement suggests almost an attempt to rewrite the second movement, but to do so in the light of all the other music which has intervened”. Unfortunately in this monochromatic reading so little had happened, so little of the desolate landscape traversed, that the finale’s significance was lost.