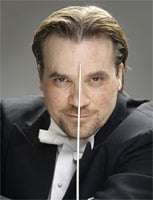 This BBC Symphony Orchestra concert might be thought to have alluded to Shakespeare’s “The Tempest” in both works. In fact, the title of Brett Dean’s clarinet concerto Ariel’s Music (1995) refers to the daughter of actor Paul Michael Glaser, whose daughter died from AIDS in 1988, followedby her mother (who had contracted HIV as the result of a blood transfusion) six years later.

While such a context might be thought to render objective criticism impossible, the work succeeds admirably on its own terms. Curiously, though, for all the (justified) exposure Dean’s music has had in the UK over recent years, that his first major orchestral work should have taken so long to reach these shores. In the event, it evinces most of the qualities that have made this composer a leading figure of his generation, albeit with an audible reliance on formal and expressive procedures from earlier composers that might have been expected at this stage of his career (Dean remained a violist in the Berlin Philharmonic until 1999). The opening ‘Elegy’ is a plangent lament, made more so by the central scherzo that ratchets up tension accordingly, while the ensuing ‘Circumstances’ widens the music’s scope with a driving energy – reaching a dissonant climax from which spills forth a fractured cadenza, followed by a postlude which revisits earlier material as the work draws to its sombre close. 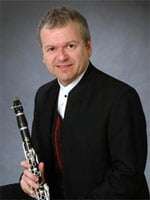 Ariel’s Music was given a commanding performance by Michael Collins (his part conceived for Dean’s brother Paul), aggressive and poetic by turns, and the BBCSO responded with alacrity to the densely yet vividly wrought orchestral writing. Good that the work has received an airing here, but its impact might have been greater had Dean’s stylistic evolution not been so well charted these last few years.

Shakespeare’s play came into its own, of course, in the second half – a performance of the Prelude and two Suites that Sibelius arranged from his lavish incidental music to a 1926 production in Copenhagen. What transpired, however, was not the above as usually heard in the concert hall, but a chronological semi-staging by Di Trevis that was interspersed with excerpts from “The Tempest” itself. This had a lot going for it: not least that it enabled listeners to hear the music in context (and, for all Osmo Vänskä’s advocacy at the Proms last year, it does work better on its own in this form than as the original theatre score) and also relate it directly to the relevant passage in the drama. The scenicpresentation was of a ‘dress rehearsal’ as might have taken place at Copenhagen’s Royal Theatre, and the overall conflation moved forward such that the 80-minute whole lacked little in continuity.

The actors involved were young professionals, who acquitted themselves with no mean appreciation of their individual roles within the drama. Richard Goulding had the authority necessary for Prospero, Geoff Breton was an ardent Ferdinand and Sasha Higgins an equally impulsive Miranda; Benedict Hopperpointed up contrasts between Ariel and Caliban, while Phillip Langhorne made the most of the cameo roles of Stephano and Trinculo – the more effective given his contribution had little music around it.

John Storgårds lived the music from the inside – the Prelude as calamitous and ominous as it should be, with few failings in the 18 movements that follow. A presentation such as this does mean that most of the deeper and more intense pieces come in the first half – though the various dances that follow were characterfully dispatched, while the use of ‘The Storm’ (an abbreviation of the Prelude to end the First Suite) to round off proceedings made for an effective, because decisive solution. “The Tempest” is a play to which no one could fully do justice, but Sibelius arguably comes closer than any other in musical terms and this semi-staging presented his score in a largely positive light.