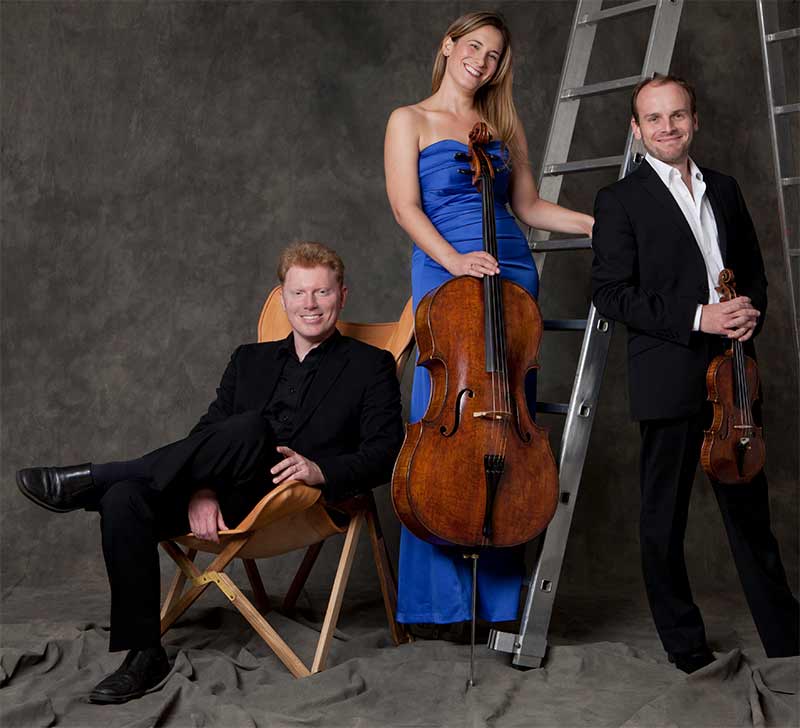 The Leonore Trio’s cycle devoted to the Piano Trios of Beethoven continued here with his earliest surviving piece for the medium – a brief Allegretto (c.1790) whose expressive insouciance is more than compensation for its passing touches of formal naivety.

Save for the unlikely key scheme, it might almost have been a movement excised from the E flat Trio (c.1791) that is Beethoven’s first full-length such piece. While its undemonstrative manner hardly hints at what was to come, the opening Allegro is a sonata-design of appealing deftness and its blithe finale hardly less engaging. Best, though, is the central Scherzo – again, relatively restrained though replete with a discreet wit manifest in the ‘minuet’ analogies such as the Leonore members persuasively underlined.

Between these pieces came the Second Piano Trio (1993) of David Matthews. Less outwardly imposing than its predecessor, this lacks nothing in emotional variety – not least in the Adagio, a heartfelt while unerringly poised memorial to the author Maggie Hemingway (the composer’s erstwhile companion), whose undulating barcarolle rhythm is in greatest contrast to the driving momentum of the truncated Allegro which precedes it. The Scherzo has incisive energy offset by its Trio’s overt elegance, respectively drawing on elements of dance and song in a manner which has come increasingly to the fore in Matthews’s output, while the finale prefaces its lambent central section with a fugitive introduction that returns transformed towards the close to bring the work to an especially haunting conclusion.

After the interval there was a relatively rare outing for the ‘Kakadu’ Variations (based on “Ich bin der Schneider Kakadu” by Wenzel Müller), which likely dates back to 1803, added to in 1816 but not published until 1824. The outcome thus pivots between stylistic periods, but this is a factor that the composer relishes – whether in the way that the portentous introduction (remembered by Ernö Dohnányi in his Variations on a Nursery Tune) makes way for eight jejune (albeit in spirit) commentaries; followed by an elegiac ninth which, in the intricately fugal transition to the finale, ventures towards the late Piano Sonatas and the Diabelli Variations. The Leonore musicians maintained admirable focus throughout, even though the culmination could have been even more uninhibited.

The recital ended with the C minor Trio (1793) that Beethoven placed at the end of his Opus 1 set, much to Haydn’s evident unease. Not that the older composer could have found fault with its technical finesse; rather the often-violent emotional contrasts doubtless breached the objective boundaries of the Enlightenment aesthetic to which Haydn was by conscience bound. The Leonore players duly powered through the opening Allegro, its mellifluous second theme only heightening the tension elsewhere, while the variations of the ensuing Andante evinced a simmering unease that was exacerbated by the anxiety of a distinctly ungracious Minuet. Haydn picked up on this, though hardly the final Prestissimo whose aggressive initial theme finds tenuous repose only in the breathtaking modulations towards the close.

A memorable performance, whose accumulated intensity the musicians proceeded to dispel with the capricious fourth movement from Beethoven’s Septet in its seldom heard piano-trio transcription – a misplacement of parts only adding to the genial good-humour of this music.