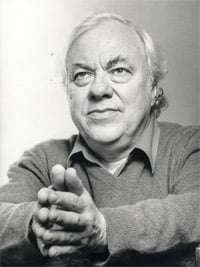 This concert was in aid of the Musicians Benevolent Fund – the charity that provides assistance for musicians finding themselves in difficulty – and was attended by HRH The Duchess of Gloucester.

A rather grand if swift account of the National Anthem got the audience to its feet before Richard Goode’s solid account of Beethoven’s C minor concerto. It was pleasing that the balance between soloist and orchestra was one of give-and-take, more a partnership of equals, but it was a tame encounter in the first movement. Nonetheless, this allowed the swell of emotional outpouring to develop without too many changes of gear. The interplay between Goode and orchestra continued in this subdued fashion and rejoiced in the lyrical. Any sense of emotional contact in the sparse, intense opening of the Largo was utterly destroyed by the Royal Festival Hall’s speaker system, which rang out a loud, high-pitched ringing at this point. I was amazed that Goode continued – and the presence of the air-conditioning system, which can be louder than the orchestra, as in parts of the Mahler, also needs to be addressed. It is to Goode’s instinctive musicality that he was not thrown off course and that he went on to give a glorious account of this movement, full of romanticism. 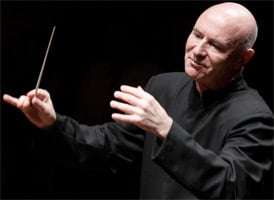 Christoph Eschenbach conducted a performance of Mahler’s Fourth Symphony that had some life in the outer movements but which dragged in the inner parts, especially the slow movement, which felt like a punishment: it was very spacious – this was Eschenbach’s vision, rather than Mahler’s. Mahler is very careful about his markings in all of his scores. For example, the opening, after the sleigh-bells, is clearly marked as ‘unhurried’ but this is interpreted by Eschenbach as slow, and so grace and comfort were lost, along with good humour.

Mahler is not the Romantic beauty that might be heard from Karajan and rough edges were not shied away from in the scherzo, where the Leader of the orchestra plays a violin tuned a tone sharp. The biting quality this endowed was electric, devoid, as it should be, of charm. The slow movement, a set of variations, was too pointed in its delivery, everything exaggerated so that nothing could pass by without Eschenbach’s say-so. The last variation, a climax crashed out on timpani did not stir the soul and then came the dying away to a superbly controlled pianissimo – the air-conditioning ruinous to it.

Conductors keen to control can come a cropper with the finale of this symphony, and Mahler knew it. He prefixes this movement with words of warning: “Note for the conductor: It is of the greatest importance that the singer be extremely (italics Mahler’s own) discreetly accompanied”. Sufficient to say that a lot more discretion was required. Marisol Montalvo, in a bright green billowy dress with a huge train that hardly helped her in her attempt to conjure a child’s image of heaven, was fine in the pianissimo moments, but elsewhere silly hand-gestures and her very quiet voice could not variegate the emotion behind the words. In between the singing, Eschenbach was more functional than in the proceeding movements, and this helped matters. The interludes were lively, surprising, too, and the symphony’s close was restful. The LPO offered some superb playing throughout, especially the trumpeters, who were unwavering.