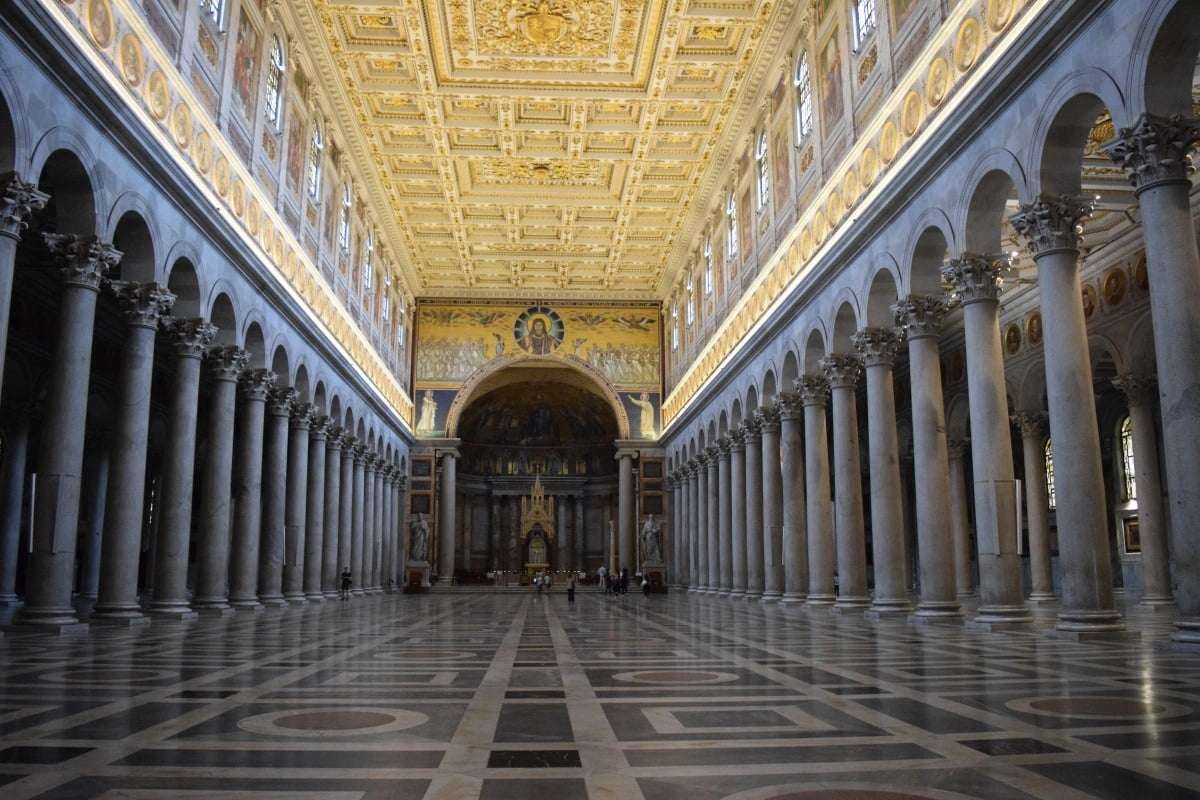 Beethoven’s Missa solemnis – neither the first nor last of its kind but the only one of such majesty – has from the beginning overwhelmed audiences, challenged performers, and daunted critics. Externally it sets the ordinarium of the missa tota. But internally it’s obsessed with emphasis and re-evaluation, re-defining the relationship between text, music and gesture, oblivious to scale or liturgical/vocal conventions. Within the lofty reaches of its arena are found traits familiar in late-Beethoven – the epic, tumultuous fugues which close the massive ‘Gloria’ and ‘Credo’ (the latter, on “Et vitam venturi saeculi”, a Matterhorn of the choral repertory) aligning with their cousins among the Sonatas and Quartets. The “noble and exquisite metals” hallmarking Beethoven’s former heroic manner – evident still in the related, over-lapping ‘Choral’ Symphony (motivic development, sonata procedure, variation) – are not abandoned but are more shrouded, subsumed within a complex of actions, allusions and associations disposed to through-composed speech. The nascent language of a mystic opera to Fidelio’s symphonic one, dramatis spiriti before dramatis personæ. Forged in humility, it baffled its era, it continues to agonise ours.

Performances and recordings of the work come and go. It takes a stick-beater to get through it, a brave man and an inspirational mind to guide us through the vastness of its landscape, the intricacies of its high art. It has defeated the best and brought out the worst kind of sanctimoniousness in others. Brian Schembri is a Beethoven interpreter for our age. Primarily, he’s a natural structuralist with an acute ear for balance, texture, and the rhythms of harmony, tonality and design. His way of holding a piece together, his generation of dramatic tension and repose, and his attention to climaxes and cadences reminds of passed greats, of other worlds, other days. He gets to the roots of a piece, he eschews gratuitous gesture. Never an interventionist, he allows the music to speak in its own time and space. The conducting world is full of self-obsessed, self-glorying tyrants, caring little for their players, and even less for music. Schembri isn’t one of them.

This reading of the Missa solemnis fulfilled every promise and expectation: in my experience I can recall only two other choral performance to match it for sheer intensity and electricity – Penderecki’s St Luke Passion at the 1967 Proms, and Colin Davis’s centenary Berlioz Requiem at St Paul’s in 1969. It quite took my breath away. The Papal Basilica of San Paolo Fuori le Mura – visually and architecturally a building of staggering grandeur – is a venue of cavernous resonance, with a delay of many seconds. Battling its obstacles and the inhuman demands it makes on singers and instrumentalists (not hearing each other clearly for one), Schembri succeeded in crafting an account of remarkable detail, tightness and relative clarity of ensemble, without ever losing the more urgent elements of Beethoven’s message. The ‘Kyrie’ – a beautifully imagined assai sostenuto vision – impressed for its long paragraphing, and the subtle decay of phrases and cessations. Equally for its scaled dynamics, leading off with an opening that was rightly forte, not fortissimo. By the end of the ‘Gloria’ – fugue and symphony come together – the tension was high, the music boiling with thrust, apogee and ringing plagal “Gloria”s echoing for ever, Schembri’s rugged, direct beat guaranteeing the magnificence of the moment. 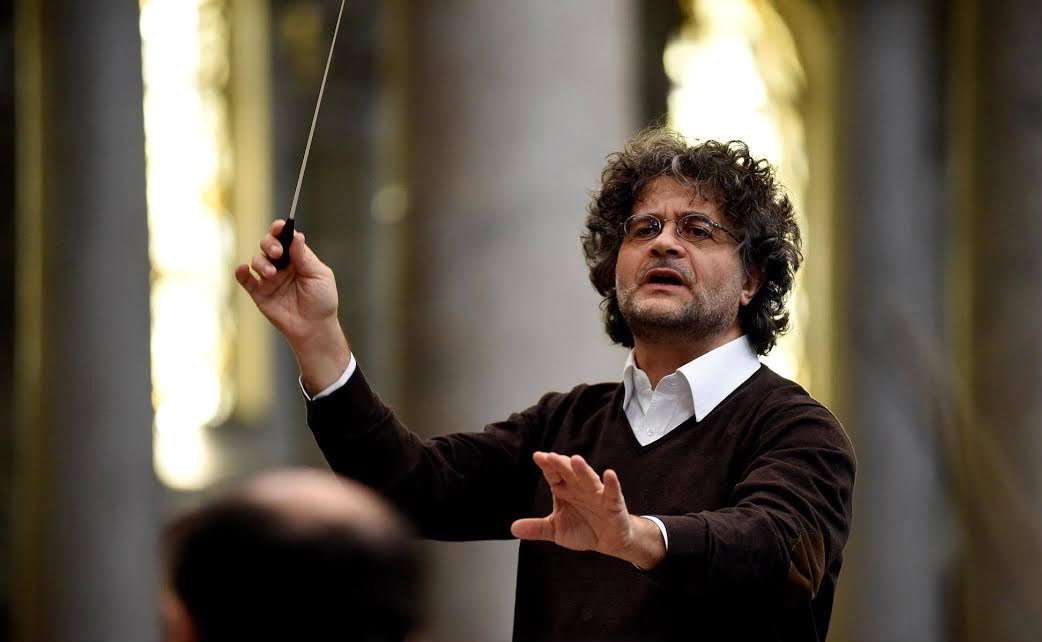 Carmine Lauri, familiar from the front desks of the LSO, fashioned a dreaming violin solo in the ‘Benedictus’ – ruminating and remembering (the Adagio of the ‘Hammerklavier’ Sonata to the fore) with a rare and fragile beauty, weaving dolce circles high up among the columns and gold-leafed silence surrounding the alter. The trumpets and (hard-stick) drums of war sent other messages in the ‘Agnus Dei’, fearful in their whispered then rampant attack.

Carrying surprisingly well in the room, the four vocal soloists, comfortably matched, commanded for the clarity and power of their delivery, as well as the calculated unanimity of their ensemble, their mezza voce ”Sanctus” (fourth part, bars 29ff) proving particularly haunting. Cutting a queenly figure, Jacquelyn Wagner soared with effortless ease, while Eva Vogel was a force of nature, holding her line without ever compromising her tone. Daniel Kirch opted for an operatic stance. Gerd Grochowski impressed for his weighty, focussed low notes.

Coro dell’Accademia Nazionale di Santa Cecilia (which in its history must have done this work countless times, here under chorus-master Ciro Visco) and the Malta Philharmonic Orchestra (which hasn’t) rose to the occasion eloquently, no-one slacking, everyone, all sections, digging deep into their musical and emotional reserves. The woodwind, as always with this orchestra, glowed, the heavy brass struck just the right sacred note, and, underpinning the journey, the double basses growled and thundered with imperious authority.

Presented by the Government of Malta, the performance marked the presence in St Peter’s Square of a Maltese Nativity Crib, the first time the Vatican City State has collaborated with a foreign country on such an initiative. Introducing it, the President of Malta sent a message of seasonal goodwill and world peace and well-being generally. Living out Beethoven’s intention “to awaken and permanently instil religious feelings not only in singers but also in listeners”, Brian Schembri’s conducting wondrously caught the spirit of the hour.