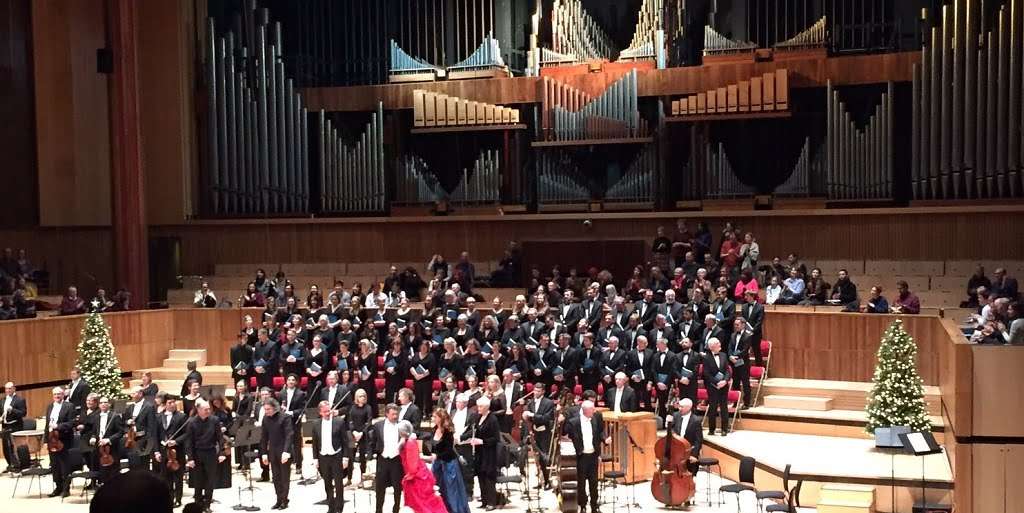 Johann Sebastian Bach composed (often re-using existing material if calling upon new words from Picander) six Cantatas for performance on specific days during the festive period of 1734 and 1735, from December 25 (the birth of Jesus) to January 6 (Feast of the Epiphany) in two of Leipzig’s churches, either St Nicholas’s or St Thomas’s. Together the Cantatas form the Christmas Oratorio, and sometimes a couple of them are not included – on this occasion however Vladimir Jurowski and his London Philharmonic forces offered the lot, here close on two-and-a-half hours of music (estimates usually cite three), dedicated to the great conductor Victor de Sabata, who died fifty years ago and who worked with the LPO during the 1940s and 1950s, including recording Beethoven and Sibelius.

Jurowski – without a podium and also baton-less, his gestures balletic, left-hand as active as the right, maybe more so – sculpted an invigorating and affecting account, stellar from first note to last, opening jubilantly, hard-stick timpani and three trumpets to the fore, flutes trilling, and the sixty-five-strong London Philharmonic Choir (positioned on the platform) setting its festive stall out with gusto and devotion, later on proving its alertness and nimbleness, gracefulness and resoluteness, and these singers were also consistently sublime in the chorales. It was immediately compelling and transporting. In a reading notable for its sense of direction and purpose – entirely persuasive – but never with any rush or impatience, Jurowski ensured clarity (string strength was 6.6.4.4.3) and a fine balance between all participants aided by the unencumbered acoustic of the Royal Festival Hall, and each Cantata was made whole by his seamless approach to the various sections therein (chorus, recitative, chorale, aria) with a vivid narrative created.

Those first few minutes established a beachhead for what followed. Jeremy Ovenden was an expressive Evangelist, from the back of the stage (carrying effortlessly) and separated from the other solo singers, seated stage-left and coming forward for their various spots, so too Ovenden when taking the tenor’s appearances – all such movement nicely choreographed and with silent footsteps. Ovenden was nestled in with the continuo group, of which cellist Kristina Blaumane was quite superb, add to whom Jonathan Davies on bassoon and Bernard Robertson playing a lovely-sounding chamber organ. 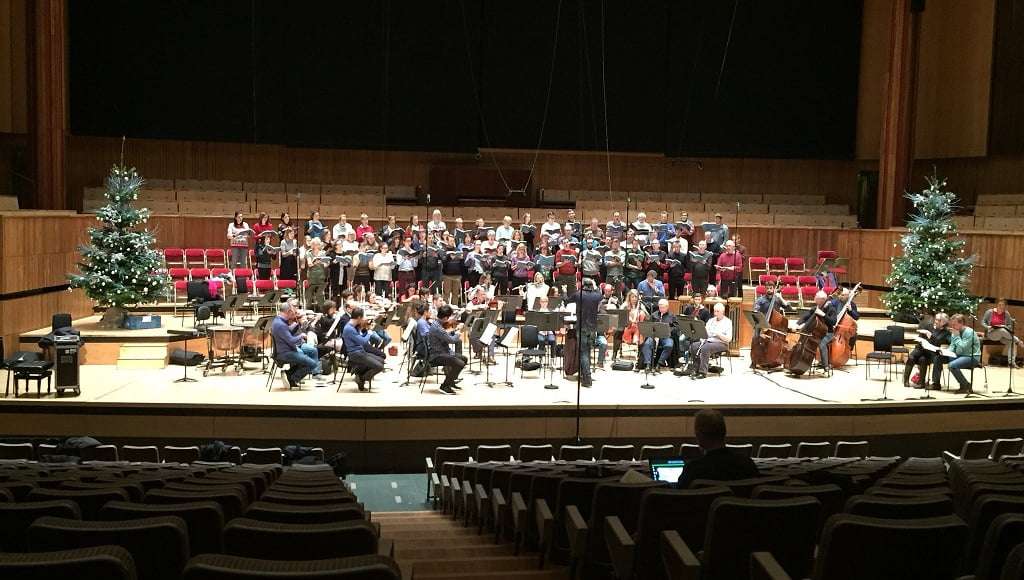 Indeed there is very little to take issue with regarding this divine revelation of a performance – light and transparent in sound and profound in expression. I do doubt that the obbligato instrumentalists needed to stand, for the ears were the final arbiter of their excellence – Paul Beniston (trumpet), Juliette Bausor and Sue Thomas (flutes), Pip Eastop (not David Pyatt as listed) and Martin Hobbs debonair on horns, and Kevin Lin and Tania Mazzetti, the latter two using vibrato, he wonderfully rich and poised in his contribution, they as a duo anticipating, at least in terms of the BWV catalogue, the D-minor Concerto for Two Violins. Nor should the oboists and those on cors anglais and oboes d’amore be overlooked, for each contributed much that was special – Bach’s use of instruments can be sparing but is always telling in terms of colour.

Of the other vocal soloists, Maria Keohane was maybe a little too operatic, a little piercing, yet her interaction and vibrancy afforded much that was involving, whereas Anke Vondung was magically ‘within’ the instrumentalists, emerging from them with discretion, and Stephan Loges was resonantly authoritative. A glance at the programme beforehand with all the Oratorio’s sixty-five sections listed meticulously (35b reprises the chorus that is No.24) suggested a long haul (though there was an interval), but not a bit of it for Jurowski judged everything to a nicety, the music dancing and thoughtful, mellifluous and enlivening. Haunting me is the ‘Sinfonia’ that opens Part Two (angels addressing the shepherds regarding Jesus’s birth), familiar as a separate item, and brought off here with a gentle lilt and much refinement and sensitivity from the LPO members (these sheep were indeed safely grazing, but that’s not the piece) – a slice of Heaven on Earth. By the time of Part Six, all the partakers involved, the vocal quartet symbolically unified, the performance was pealing to perfection, looking upwards.

It would have been a shame if such an ambitious project (involving at least three days of rehearsal) had passed as a one-off. Thankfully microphones were present and hopefully there will be a release on the LPO’s label (hopefully with no added reverberation so as to create something church-like but potentially ruin the lucidity achieved so assiduously in real terms). If a recording does arrive, rejoice!