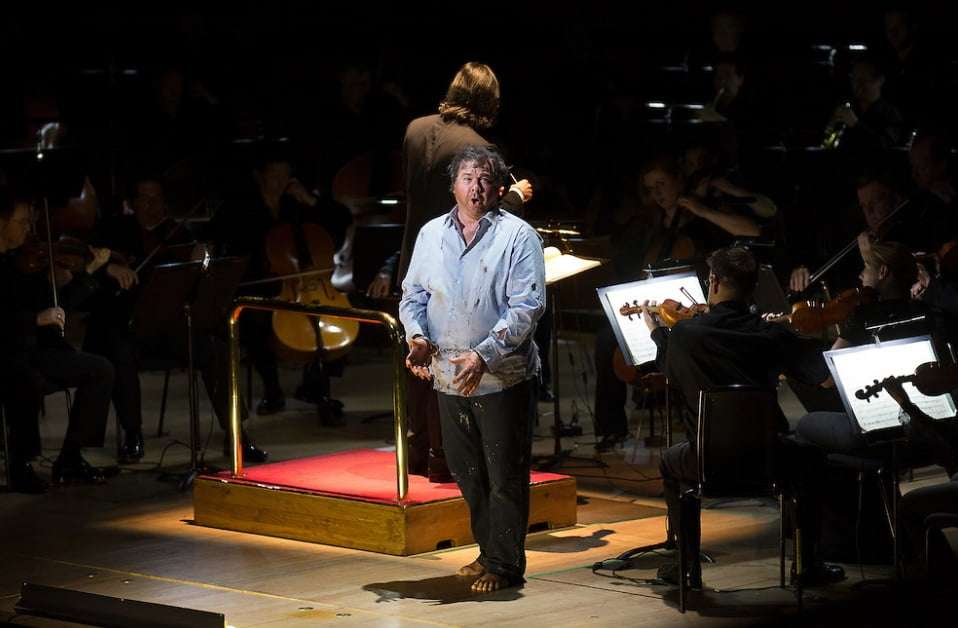 You can’t fault the Southbank Centre for its ambitious programming. This month it has started offering its public the meaning of life, no less, in the Belief & Beyond Belief festival, an all-embracing guide to spirituality for people of all faiths and none.

This London Philharmonic Orchestra semi-staging of Beethoven’s Fidelio was the first musical event, but Daniel Slater came close to derailing the evening with his specially devised narration delivered by two actors.

Directors have tirelessly quarried Fidelio’s human and religious content, while fretting over what to do about the opening’s cosy domesticity and gender-bending love-triangle of Fidelio/Leonore, Jaquino and Marzelline that somehow deliver such a transcendent reaffirmation of faith, hope and love at the other end of the opera. The characters are hardly developed, especially the rank villainy of Pizarro, and there’s the bothersome spoken dialogue of the Singspiel format that turns Fidelio into a numbers opera.

Slater’s solution was to dispense with most of the spoken dialogue and to use two actors, Helen Ryan and Simon Williams, as a modern version of a Greek chorus, to deliver his narration, intended to enlighten us about the opera’s humanity, emphasising its core of hope, then ruminating that Pizarro’s childhood explains the true nature of wicked dictatorship and taking in the complexities of sex and gender. There was also stuff about Fidelio and Florestan being in dark places and about castles in the air, all delivered with lampoonable liberal luvvie gravitas, along with quite a few fumbles. 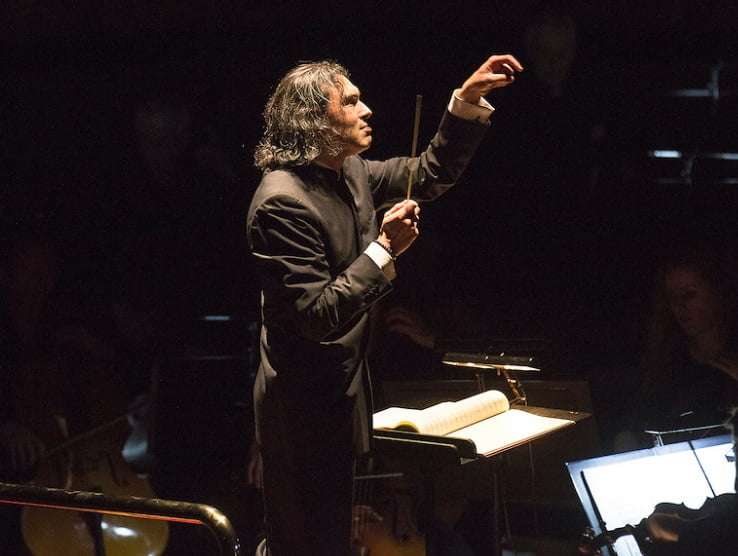 Had Brexit and Trump been folded into the humanist mix, I wouldn’t have been surprised. It aimed at a universality that spread its net wider still and wider, and was supposed to anchor the first Act, which Slater set as a rehearsal, with the informally dressed conductor, singers and orchestra all present, the singers and director moving about and gossiping with each other when not performing. It was, however, terribly distracting, yielding puzzling lurches of continuity into the ‘Mir is so wunderbar’ quartet, Pizarro’s ‘Ha! Welch’ ein Augenblick’ and Fidelio’s ‘Abscheulicher’. It was a relief that there were no interruptions to the Act One Finale.

It was even more of a relief that Act Two was presented as a formal concert performance, with less narrator-involvement, although we weren’t spared a homily on the etymology of the word “hope”. The singing, though, did its best to convey Beethoven’s message, triumphantly so in Act Two. There was an affecting Marzelline from Sofia Fomina and a rock-solid Rocco from Kristinn Sigmundson, and London Voices made an overwhelming impact as the prisoners let out into the light. Anja Kampe and Robert Dean Smith (replacing Michael König) negotiated the treacherous vocal lines of ‘O namenlose Freude’ ardently and turned the music’s sheer awkwardness into a means of expression. Smith pressed emotional buttons galore in ‘Gott! Welch Dunkel hier’, but it was Kampe’s fearless generosity that redeemed the evening, that, and the verve and vitality of Vladimir Jurowski’s direction of the LPO, whose period-style playing – with thrilling horns and trumpets – made the music jump off the page, thrillingly so in the Leonore Overture No.3 between the two scenes of Act Two, which told us in twelve minutes or so all we needed to know about the opera and what it all means.