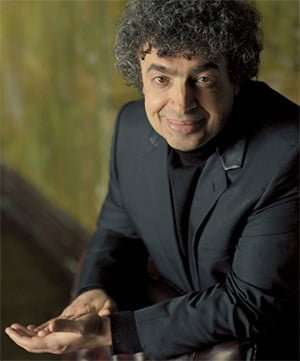 Remembrance Sunday and Benjamin Britten’s War Requiem came together perfectly here, and in the right place, too. The Royal Albert Hall has the ideal space, perspective and acoustic for this work, its half-century of existence marked last year and 2013, the composer’s centenary, has yielded numerous performances of it and new recordings (from Paul McCreesh and Antonio Pappano). Indeed, War Requiem’s recorded life has burgeoned – for some time Britten’s Decca version was the only permanent document of it – yet for all its current availability War Requiem remains a piece to be selective about. Now that Testament (on SBT 1490) has issued the premiere performance – May 1962 in Coventry Cathedral, the composer and Meredith Davies sharing the conducting – we have a very complete picture of Britten’s sacred (Requiem Mass)/secular (settings of Wilfred Owen’s World War One poetry) masterpiece. Make no mistake: Semyon Bychkov inhabits War Requiem in a similar way to its creator and this Royal Albert Hall performance was altogether remarkable.

This was a solemn occasion, presented with the utmost respect – no speeches or spoken introductions, no banners or logos, just the music being performed, all that was needed – and the audience knew why it was there. Save for an illuminated platform, the Hall was in virtual darkness, also well-judged, and the diction of soloists and choruses negated the need to refer to the printed text. The chamber ensemble (string quartet, double bass, flute/piccolo, oboe/cor anglais, clarinet, bassoon, horn, timpani/percussion and harp) that accompanies the male vocal soloists was placed to Bychkov’s left. Sabina Cvilak was perched in the organ loft. The combined choruses numbered some 270 personnel. The 22 choristers from Westminster Abbey, together with Daniel Cook on chamber organ, were placed in the Gallery, high and distant as intended; and exclusively boys: at least one recent performance spuriously added girls, totally missing the point that Britten’s choice is timbral. Bychkov conducted all the performers (save the boys, led by James O’Donnell) – sometimes, as in that first performance, one maestro is responsible for the soprano, chorus and orchestra, the other for the instrumental ensemble and male singers. 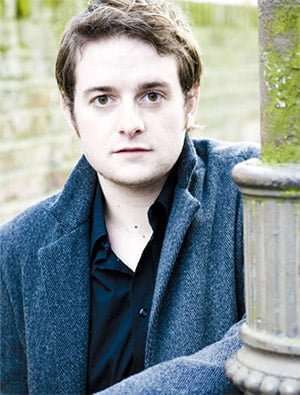 From the very first bar, the sombre ‘Requiem aeternam’, and to the very last bar, this performance compelled absolute attention and intense involvement, the orchestra and choruses focused and committed, the boys offering an innocent and otherworldly contribution. The instrumental ensemble’s initial sounds were incisive and keenly observed, cueing the tenor’s first appearance (“What passing-bells for these who die as cattle?”) and introducing Allan Clayton (replacing Andrew Kennedy) as a wholly sympathetic exponent of Owen’s words and Britten’s music. The ‘Dies irae’ was awesome – the brass rampaging (accurately), the combined choirs filling the Hall with wrath. Roderick Williams made his opening gambit with “Bugles sang…”, wonderfully mellifluous singing combined with an affecting depth of feeling. To complete the ‘cast’ (and Britten’s requiem arrangement is as theatrical as Verdi’s) was Sabina Cvilak, dulcet and soaring as required and completing a ‘holy trinity’ of soloists.

And so such mastery and inspiration went on, not a weak link, not a sagging moment. Tenor and baritone made an urgent duet of “Out there, we’ve walked quite friendly up to Death”. Choral amplitude was wide in its range. Rhythms had precision. There was sweep and indivisibility, and bite and impact, to this the longest section of the work and some a cappella moments were spellbinding in their hush and unanimity. And everything carried in the Royal Albert Hall, the smallest and quietest details all present. With the ‘Offertorium’ one recalls the choruses’ “Sed signifier sanctus Michael”, wondering if Britten knew how much he owed here to Stravinsky and how much he had nodded in William Walton’s direction. The male soloists’ “So Abram rose” was a vivid telling of Abraham slaying his son Isaac (“And half the seed of Europe, one by one”). The sound of chimes created a mystical atmosphere at the beginning of the ‘Sanctus’; the choirs gave everything to the “Hosanna” sections, and Williams contrasted such heights with “After the blast of lightning from the East”. Bychkov went straight into the ‘Agnus Dei’, Clayton sublime with “One ever hangs where shelled roads part” and technically impeccable with the upwards slide for “Dona nobis pacem”.

The greatest music in War Requiem comes in the ‘Libera me’ / Strange Meeting final movement – chilling, confrontational, transcendent. The biggest climax included a growl from the Royal Albert Hall organ (Malcolm Hicks), some of Williams’s singing was almost whispered but carried effortlessly to the outer reaches of the auditorium – he made much of “The pity of war…” and, as a German soldier, “I am the enemy you killed, my friend.” Williams and Clayton commenced “Let us sleep now”, one of the great instances in all music, all the performers united. The chorus has the last words, unaccompanied, “Requiescant in pace. Amen.” The ensuing silence was significant.

Throughout, Semyon Bychkov’s expressive baton and sometimes his sculpturing hands were an inspiration. Preparation had been painstaking, yet a means to an end – one of the greatest performances of anything to come my way in forty years of concert-going. How it came across on BBC Radio 3 or what its impact will be during the seven-days-available period is one thing; in the Hall it was intimate, thrilling, ecstatic, spiritually transporting and unusually precatory. Being there was key. Something extraordinary happened here.