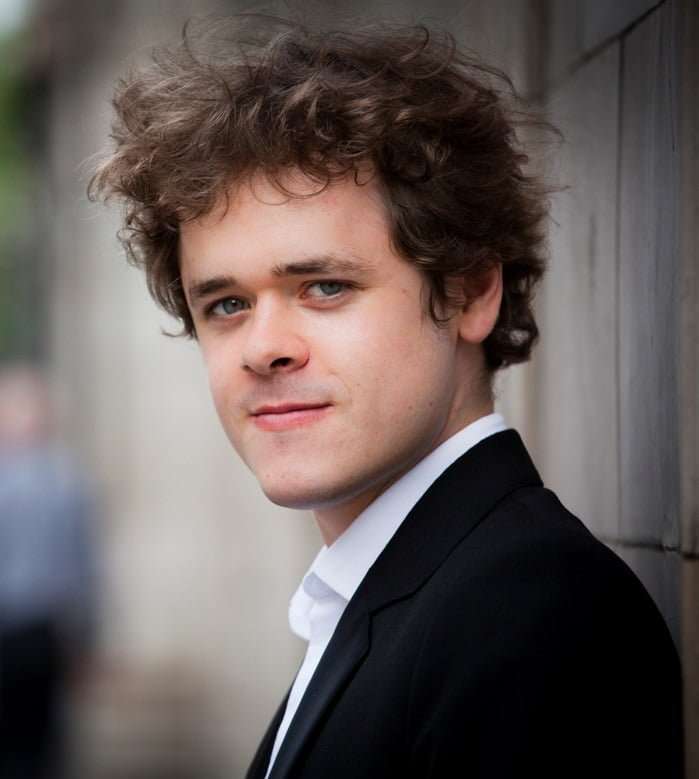 Benjamin Grosvenor seems to get the audience on his side immediately he appears. He walks briskly but in a relaxed fashion to the piano, smiles in engagingly friendly fashion and then sits down and he plays, in a completely absorbed fashion, with no extraneous gestures, as if he is in his own world, with nobody listening. At 22 he is the finished article and a remarkably mature artist.

Some readers may remember Otto Klemperer’s elephantine orchestration of Rameau’s Gavotte and Variations, which he conducted and recorded. It’s also not quite right on the piano, some would think, and it’s true that Grosvenor’s performance was more expressive that you would hear from a harpsichordist. But it was a very beautiful, finely balanced and immaculately delivered realisation. In the case of the Bach-Busoni Chaconne it’s perhaps best to forget about the violin original (from the D minor Partita, BWV1004), for here is re-composition on a grand scale. Bach’s original structure remains, however, as an intellectual challenge, just as Busoni’s amplification presents severe technical difficulties for the pianist. Grosvenor’s technical control, and his clear and objective overall vision, ensured that both challenges were well met.

César Franck’s Prelude, Chorale and Fugue also presents contrasting challenges. It has a Bachian austerity and objectivity in its construction and style, yet a late-nineteenth-century quality of refined emotion is very much present, too. Again, Grosvenor succeeded in finding his way to the heart of this ambiguous work in a remarkable fashion: sometimes interpreters are inclined to overlay the work with too much illustration.

Chopin presents a young pianist with yet different hurdles, for memories of past performances of the works and the knowledge of great recordings of them invite comparison. To a certain extent Grosvenor succeeded in imposing his own stamp on the four pieces played; his style was unexceptionable and his technique and tone quality were of a high order. And yet his playing didn’t quite reach the communicative heights of the great Chopin performers.

Spanish pianists of Granados’s time and a bit later tended, on recorded evidence, to play this composer’s music with a certain emphatic directness, which seems just right when you hear it. But modern accounts tend to be softer and have greater refinement, as did those of Grosvenor on this occasion. From the expansive Goyescas (1911), his account of the popular piece that is widely known as ‘The Maiden and the Nightingale’ had an affecting simplicity, and he drew lovely sounds from his instrument. The longer ‘El amor y la muerte’, which is based on Goya’s depiction of a woman supporting her dying lover, was nicely done too, but perhaps needed a touch more drama. But the boisterous El pelele (1914, an appendix to Goyescas) made a good end to the programme.

Grosvenor played two encores. Neither are repertoire pieces and both went unannounced; nevertheless one appreciated his poetic outing for Mompou’s ‘La fuente y la campana’ (The Fountain and the Clock) from his Paisajes suite and his virtuosity in Ernö Dohnányi’s Concert Etude in F minor (Capriccio), Opus 28/6 in complete ignorance (then) of what they were. But never mind – it was a very satisfying recital. The identification of the works in the programme was however less exact than it should have been.