During a period of fifteen years Benjamin Grosvenor has gone from a child prodigy to watch and nurture to becoming a mature, rounded benchmark of pianism. Only in his mid-twenties, Grosvenor is blessed with an imagination and unaffected candour that get straight to the mindset of whatever music he is playing. He radiates that vital aspect of the recreative artist – that by being the music’s servant he becomes its master, at which point the listener then has to deal with that most unknowable of artistic gifts, grace, which Grosvenor communicates without a shred of self-consciousness. It goes without saying that he has a fabulously developed and practical technique, the results of which are as much a joy to watch as to hear, from the grandest, powerhouse muscularity to the most carefully considered inflections of weight and timbre. Every time I hear this remarkable musician, I wonder if it is possible for him to sustain this calibre of insight and identification, and, on the strength of this Barbican Hall recital, it sure is. 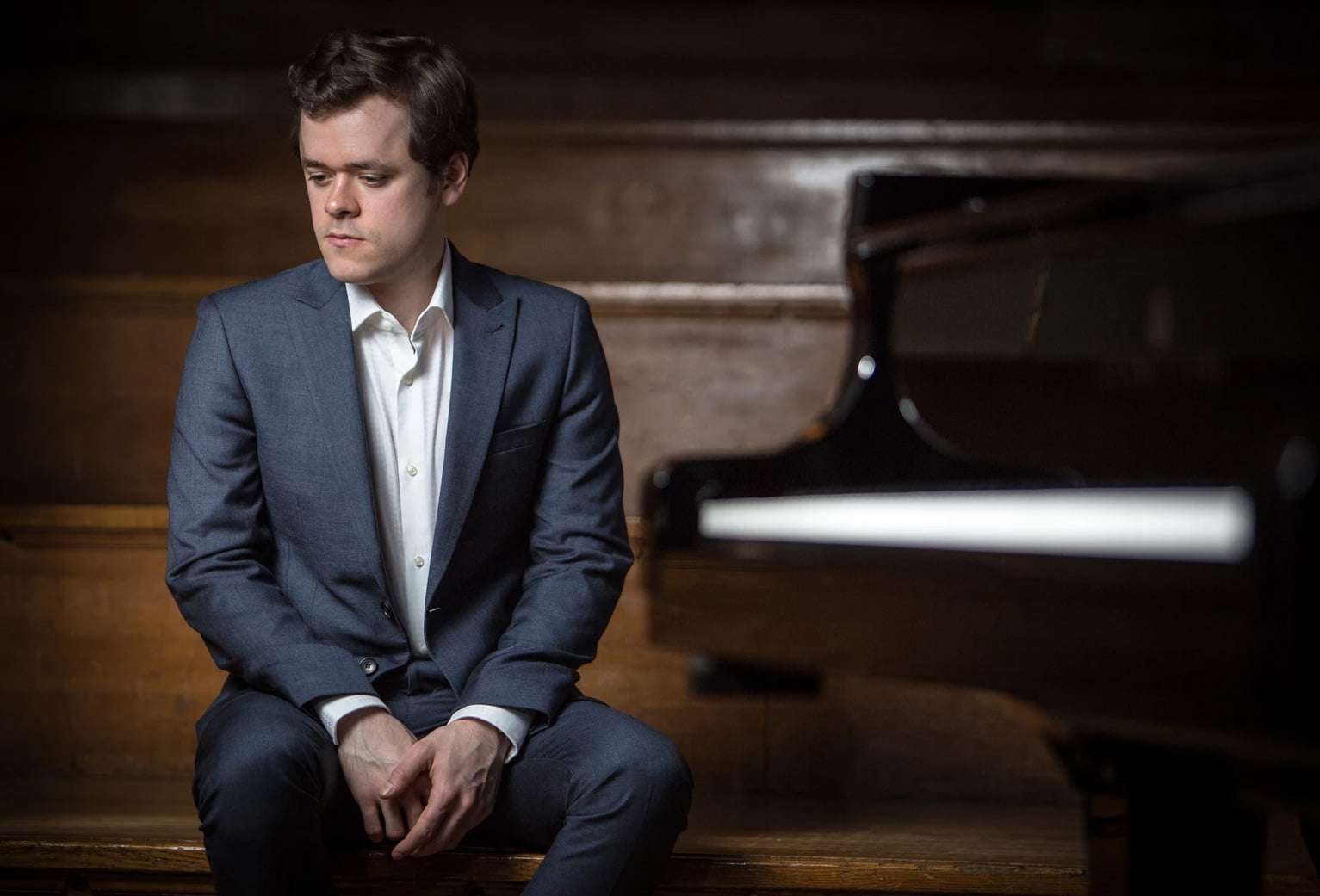 The two Schumann works are from the composer’s twenties, and Grosvenor proved particularly adept at evoking the transitory beauties of Blumenstück, an oddly organised series of variations without a theme, with some of the sections revisited in a slightly different context. Like the flowers, the music lives for the moment, dipping in the breeze and turning to the sun, with a drift of melancholy hanging in the air. Then Grosvenor really got into his romantic stride in Kreisleriana, the chain of eight pieces based on the bizarre character created by the equally strange novelist E. T. A. Hoffmann, loading Schumann’s drastic contrasts of mood and personality with an objective but sympathetic inquisitiveness that hovered over the music’s fevered fragmentation. Grosvenor was in the same area as Argerich in giving the music its head as it were with one hand while tempering it with the other. His turning between extremes of introversion and extraversion was sheer wizardry, and the way his sound relies more on substance than mere volume defined the climactic moments – in short, Grosvenor got to the poetic heart of Kreisleriana’s fantasy of secrecy and high spirits.

Following the interval he moved on to Janáček’s tragic Piano Sonata endowing the composer’s angular writing with a clarity and sense of drama that prevented the work’s fractured progress from coagulating, all the time squaring up to its intensity without a hint of distortion. As in the Schumann, there were countless times when you could sense Grosvenor pushing Janáček’s music to the edge of purely musical expression.

Prokofiev’s Visions fugitives often get near to the compressed, expressionist world of Schoenberg’s Pierrot Lunaire. Grosvenor played twelve of the twenty brief pieces, giving each one its moment of fleeting glory, from limpid intimacy to mystical reticence and on to eruptive optimism. The distance between these transitory visions and the grandiloquent rhetoric of Liszt’s Réminiscences de Norma could hardly be greater, and here Grosvenor left us in no doubt that virtuosity is its own reward. His playing was stupendous with any number of gasp-inducing events of transcendental pianistic heroism, not least the surging arpeggios travelling up and down the length of the keyboard. Just occasionally Liszt returns to Bellini’s bel canto base, but otherwise Grosvenor gave us Liszt at his most rampant. His first encore was Grieg at his most tender, ‘Erotik’ from the Opus 43 Lyric Pieces, followed by another blizzard of stardust that had people scratching their heads – Spanish? Could be. Twentieth-century? Definitely. It was Ginastera’s Argentinean Dance No.3.