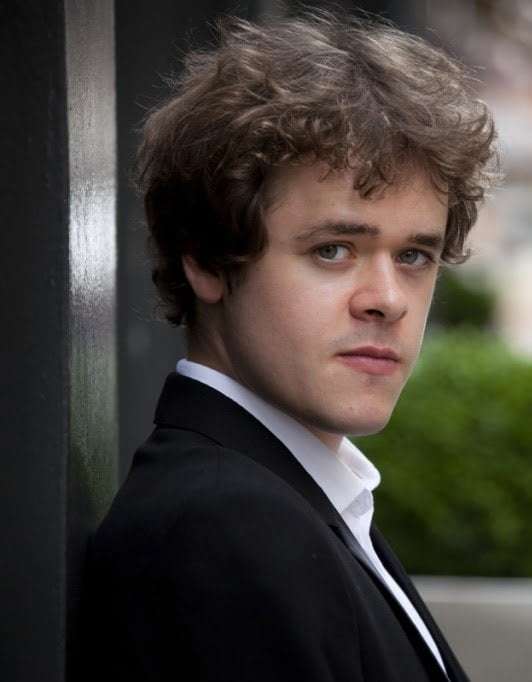 This matinee recital by 23-year-old Benjamin Grosvenor was presented as part of the 60th-anniversary Season of the Friends of Chamber Music of Miami. Grosvenor has had fairly limited exposure to American audiences, but as soon as he began to play the first of two Mendelssohn Preludes and Fugues, it became clear that he is a pianist of extraordinary talent and musicianship.

The Mendelssohn and the Ravel pay homage to earlier composers – respectively J. S. Bach and François Couperin. The first of the Mendelssohn Preludes sang out with admirable clarity, ornamented with delicate, swirling figures. Grosvenor began the Fugue very deliberately, dynamics managed superbly as tension alternately built and relaxed. He drew an incisive contrast between the next Prelude’s attractive main idea and the powerful Fugue, in which a persistent rhythmic staccato was passed from one hand to the other.

The six-movement Ravel opened the concert’s second half. Taking the ‘Prélude’ at a rather fast pace, Grosvenor captured its graceful spirit as he evoked a wide range of tonal colors. His percussive yet delicate rendering of the ‘Fugue’ emulated the timbre of a harpsichord, and his jaunty dance-rhythms in the next three movements were also suggestive of Couperin’s era, while the concluding ‘Toccata’, which Grosvenor attacked with fiery vengeance, seemed more firmly placed in Ravel’s own century. (The composer orchestrated four of the movements.)

Earlier, in the opening bars of the Chopin Sonata, Grosvenor had exhibited incredible power and dexterity as the brief if distinctive Grave introduction gave way to the propulsive Doppio movimento from which the majestic second theme emerged. Grosvenor brought out the differences between the two subjects as they were developed. He played the Scherzo with rhythmic bite and treated the Trio almost as a dainty waltz. The familiar ‘Funeral March’ rang out in duly solemn fashion, building in strength before giving way to the gentle Trio. The dirge returned and died away, clearing the way for the epigrammatic and whirlwind Finale.

The program concluded with an atmospheric rendition of Liszt’s Venezia e Napoli, a three-part reminiscence of the composer’s travels in Italy and supplementing the second leg of his Années de pèlerinage. In ‘Gondoliera’ right-hand arpeggios suggest rippling waters in the canals of Venice and the main theme a gondolier singing about his beloved. Liszt provided plenty of pyrotechnics which Grosvenor engaged with adeptly, at one point with both hands playing rapidly at the treble end of the keyboard. He sustained the low, rumbling tremolos that accompany the dark melody of ‘Canzone’ (a quotation from Rossini’s opera, Otello), and then burst forth exuberantly in the ‘Tarantella’, concluding the triptych in spectacular and exciting fashion.