Schubert at his most tantalisingly incomplete, Chopin in reduced circumstances, and Fauré at his most expansive were all given revelatory performances by Benjamin Grosvenor, the Doric Quartet and, for the Chopin, Laurène Durantel on double bass. 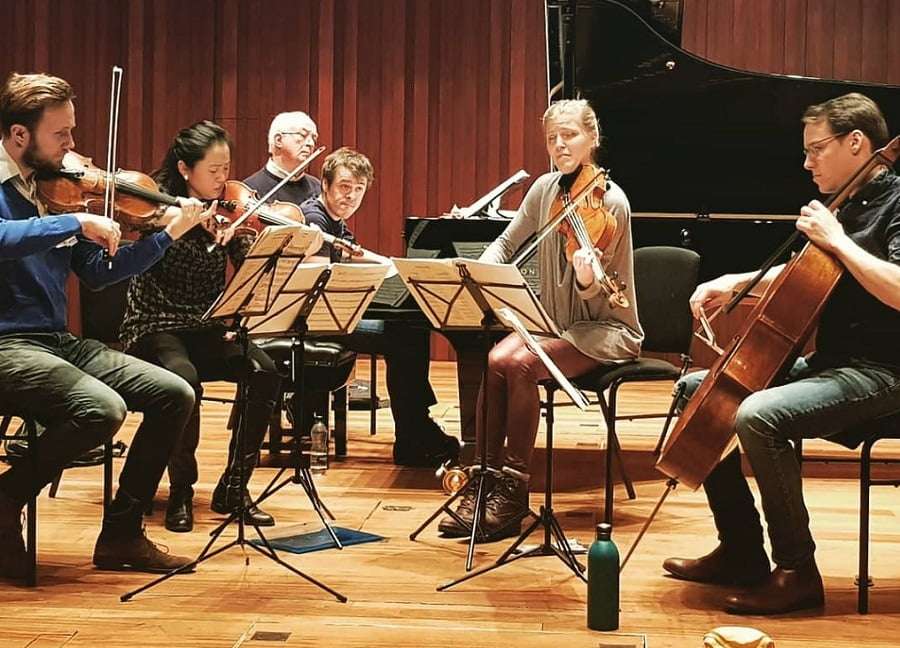 The Doric is established as one of the great chamber groups, and the musicians showed why in their superb account of Schubert’s Quartettsatz, which if the intended work had been completed (there are sketches for a slow movement) you could reasonably think it would have been in the same league as the String Quintet or the G-major Quartet. Just the opening violin shudder that come from nowhere proposes big things, and was played with anticipatory stealth by Alex Redington, whose tonal flexibility is flattered by the warmth and sweetness the Doric’s most-recent member Ying Xue creates. The group’s quiet, intimate sound took on a haunted quality, and gave plenty of room for expressive dynamics and for endless subtleties, which simply flew off the page – John Myerscough’s pizzicatos settling on the texture like flecks of light, or Hélène Clément emerging in a flash of wondrous tone besides acting throughout the evening as a magnet for some of the most liberated but precise ensemble I have heard in a long time. Above all, the Doric members are intensely communicative and have the gift of nailing every nuance Schubert made available.

Quartet-playing of this fabulous calibre would have been exceptional for one evening, but then they were joined by Durantel and Benjamin Grosvenor, and the level of engagement took off even higher. It initially seemed counter-intuitive to place the pianist behind the ‘orchestra’, but it was a revealing way of experiencing the Concerto. No arranger was credited for this version, although there is a nineteenth-century arrangement by Richard Hoffmann for these forces, and Chopin would have been flattered that what works (with string quartet) for some of Mozart’s Piano Concertos works well for this one of his.

Chopin’s orchestration is sometimes damned with faint praise but it provides volume and ballast when needed, and the quintet didn’t have the size for climactic moments, but in Chopin’s elaborate passage work and extended, song-like sections they supported Grosvenor with miraculous results, given the subtlest hint of depth by Durantel’s extraordinarily mobile, almost jazz-like playing – the slow movement, with good reason entitled ‘Romanze’, was the nearest I’ve got to an out-of-body experience. Every time I hear Grosvenor, I wonder how this superlatively complete musician, who by being a servant to music becomes by some strange osmosis its master, will fare as he moves away from teenage brilliance. The answer came in his refined, poetic playing, a perfectly applied, dark-veiled tone and fold-upon-fold of decorations, especially effective as they glided briefly into contact with the accompaniment – you could lose yourself for ever at the give-and-take of his rubato and the way he can make Chopin sing. 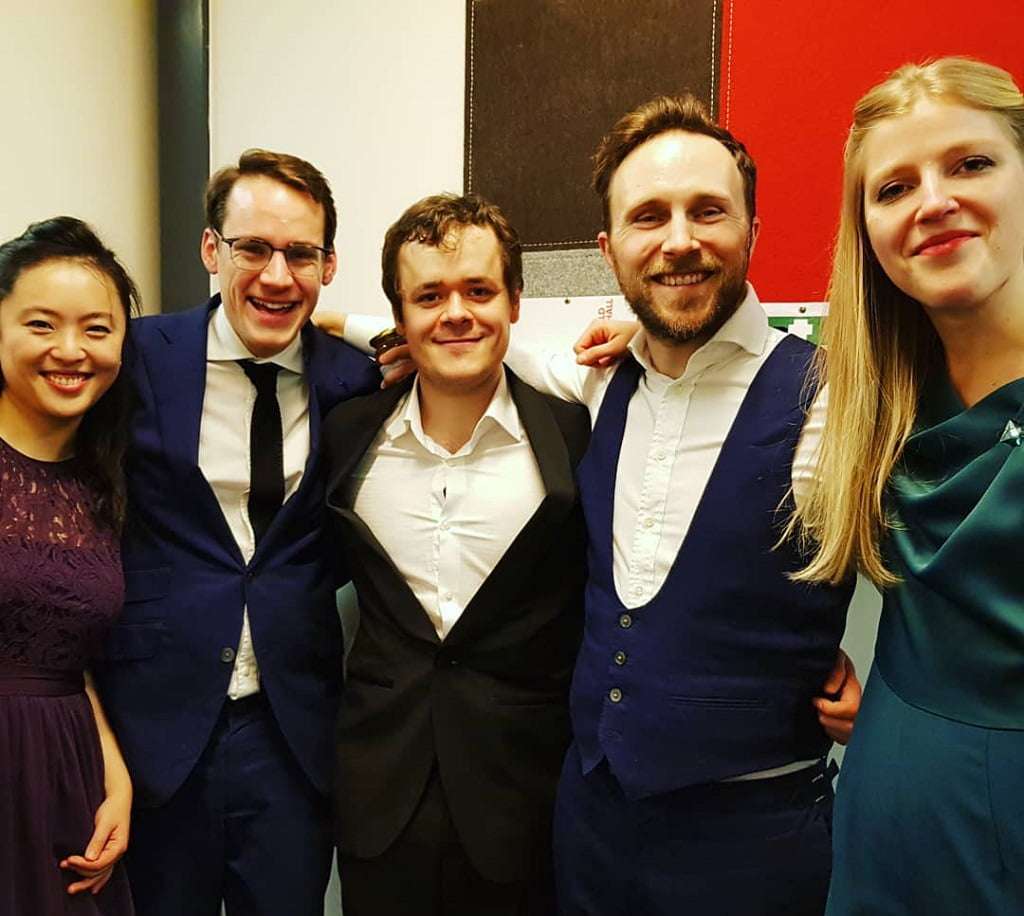 Then, the near-impossible happened – a performance of Fauré’s ravishing D-minor Piano Quintet so visionary and integrated I have yet to come back to Earth. Fauré’s fame rests on his Requiem, but lovers of his music claim that the best of him lies in his melodies, then others cite his piano music. Or his chamber output, placing him at some distance from being a master of the small-scale – I remember an unsuspecting pianist friend taking on the Trio and saying “I simply had no idea it was so fine.”

The Piano Quartets are programmed regularly, the later Piano Quintets far less so, and I can’t remember when I last heard this Quintet in a concert, and in a reading of this quality. The Doric’s weightless sound dovetailed effortlessly with Grosvenor’s part as he took up then relinquished the lead, completely at ease with Fauré’s inimitable ability at sustaining momentum while keeping a toe-hold on form. The Finale, which starts with some boulevardier-like variations reminiscent of Saint-Saëns at his most urbane, flowed into motivic delirium by the close, steered by Grosvenor’s imperceptible increase of pressure and temperature. As for the moment about a third of the way through the first movement when arpeggios support the strings exchanging one of Fauré’s most beautiful ideas – well, as throughout, it was out of this World. I hope one day, soon, that these musicians play the composer’s magnificent companion.