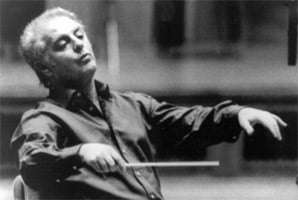 To have Berliner Philharmoniker and Daniel Barenboim jet into Britain for a single concert all seems rather extraordinary, but this performance was part of a recently established BPO tradition. In the wake of the fall of the Berlin Wall and wanting to celebrate the notion of a Europe united by music, the idea was conceived of commemorating the orchestra’s foundation – on 1 May 1882 – with a May Day Europa-Konzert. Held in a different European city every year, the concert is broadcast live across the world though, inexplicably, not in Britain.

This year’s concert took place in Oxford’s Sheldonian Theatre, not the obvious location perhaps, but with Christopher Wren’s design certainly fulfilling the other criterion that the venue be one of cultural importance. Any reservations about the Sheldonian focused on capacity – and the answer to the bums-on-seats question in this instance is only just, the benches are very narrow – but the open rehearsal held the day before ensured that many more people had got the Berlin experience than might otherwise have been the case.

The Prelude to Act Three of Wagner’s “Die Meistersinger von Nürnberg” was quite a sombre way to begin a concert, especially one beginning at ten o’clock in the morning, but the bright daylight flooding into the theatre served to emphasise the dark colouring of Wagner’s orchestration and the burnished tone of the Berlin strings. Barenboim’s handling of the gradual progress from the melancholic brooding of the opening towards a more resigned and philosophical stance was immensely careful; it conveyed Hans Sachs’s burgeoning determination to dedicate himself to the art of the ‘Master Singer’, but also symbolised movingly Barenboim’s defining seriousness of purpose. 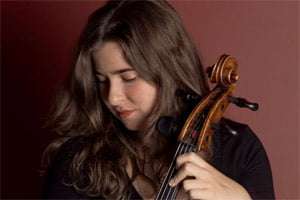 His choice of Elgar’s Cello Concerto had its own resonant symbolism. Barenboim’s first wife, Jacqueline du Pré, with whom the work has become irrevocably associated, was born in Oxford and the music building of St Hilda’s College of which she was an honorary fellow bears her name. Conducting the concerto for the first time since he had done it with du Pré was clearly significant. Here, the soloist was the 27-year-old Alisa Weilerstein, a talent already much hailed in her native America. Weilerstein’s playing was characterised by her masterly technical control and a deep, almost pained, intensity. Yet, for all this, the sound she produced was often curiously unmoving, with something about the quality of the vibrato particularly on the A string which rather forced her tone. The emotional insight came from Barenboim, with his dovetailing of the string lines with the soloist achieved with great subtlety. That said, this was Elgar with a decidedly Germanic inflection, which would surely have pleased the composer and his admirer Richard Strauss. And, in the uncompromising way Barenboim never shies from, the gesture of programming a piece which reflects how profoundly Elgar was affected by World War One with an orchestra whose Berlin home was destroyed by Allied bombers in 1943 was another facet of this conductor’s message of reconciliation. Two things were notable in a different way: first was that Weilerstein wore a defiantly extravagant red-satin dress, appropriate neither to the hour nor the occasion; the second was an edgy moment when Barenboim dropped his baton. He carried on without missing a beat, but some time elapsed before he was able to retrieve it from the feet of the cellist and the strange frisson that moment had created couldn’t quite be dispelled.

Following the interval, Brahms’s First Symphony found the Berliners returning to their element after the relatively unfamiliar territory of the Elgar and it was the authority and transcending beauty of this performance that, indisputably, made the concert so memorable. While the programme note perpetuated the historic perception of Brahms as the very antithesis of Wagner, Barenboim seemed to want to suggest the opposite with a positively Wagnerian translation of Brahms’s orchestral textures. He harked back to some of the dark sonorities of the opening Wagner and elicited the most richly radiant tone-colours from the strings in particular. Yet this interpretation was also fascinating for not in any way precluding a meticulously classical rigour: Barenboim maintained tight rhythmic control throughout. His celebrated instinct for Beethoven – not least the piano sonatas and concertos and the Fifth Symphony – was a guiding force, making Hans von Bülow’s observation that Brahms had written Beethoven’s Tenth Symphony more than usually pertinent. Barenboim’s pacing of the structural course of the symphony was also impeccably judged, with a sense of revelling in the moment while still creating a forward momentum. Everything about the finale carried an implicit logic so that each repetition of the glorious C major theme had its own special aura. Many conductors make of this a proud march-like affair; Barenboim invested it with a flowing, dancing quality, and ultimately wonderful nobility in the blazing final bars. Special mention must be made of Jonathan Kelly, formerly principal oboist of the City of Birmingham Symphony Orchestra: his eloquently expressive playing showed just why Simon Rattle wanted him for Berlin.

Most of Berliner Philharmoniker’s Europa concerts are on DVD, this one will also be available in due course and a recording of the Oxford performance will be transmitted by the BBC.