Mozart
Piano Concerto No.27 in B-flat, K595
Bruckner
Symphony No.7 in E [edited by Leopold Nowak, if not specified] 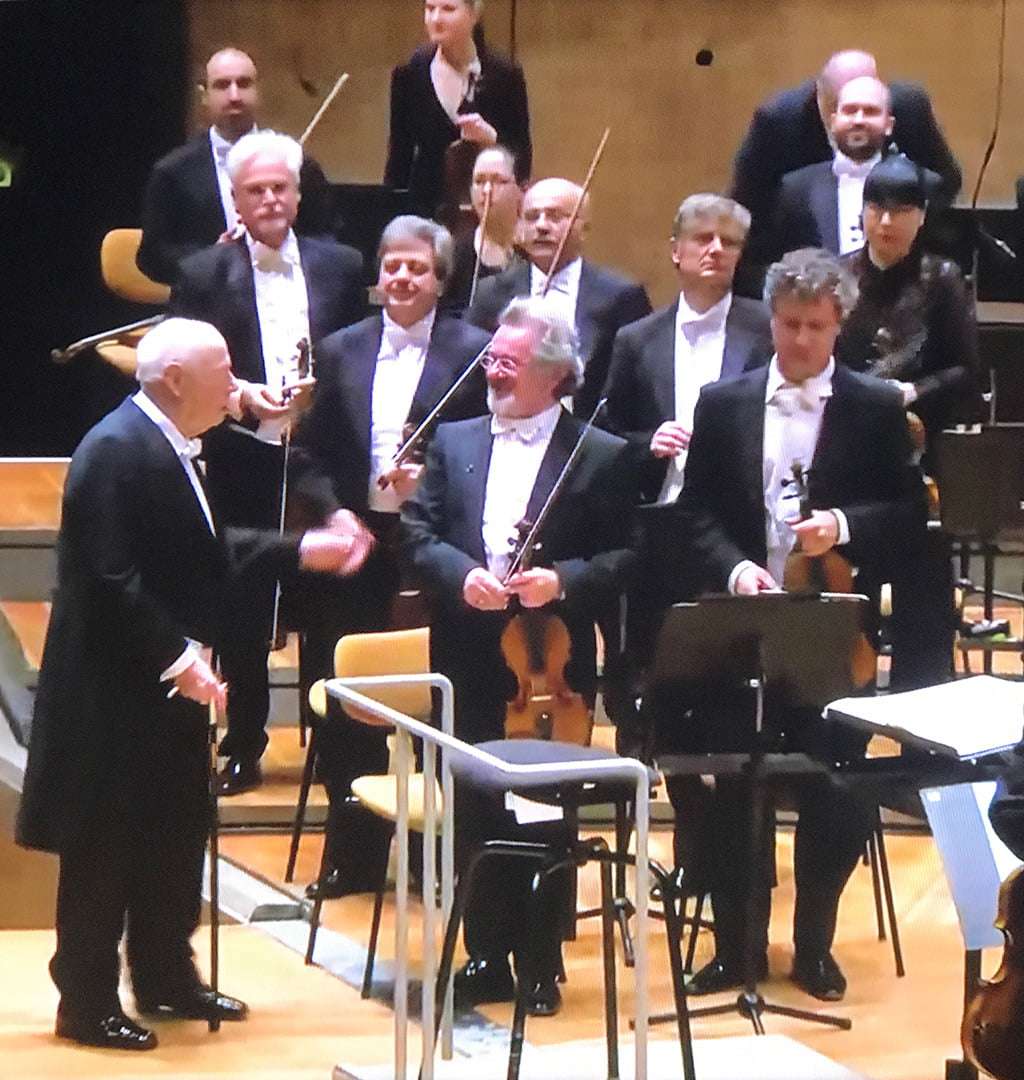 Counting down to his sabbatical, Bernard Haitink reached Berlin for Bruckner 7, a lifetime composer in his repertoire. If Haitink’s Bruckner has got broader in recent years (and close to Celibidachian dimensions: both conductors with the transcendent ability to distinguish musical time from “the clock on the wall”, I borrow from Barenboim) it is neither indulgent nor valedictory; rather the slow-burn aspect is part of a grand yet wholesome design and is also in admirable affinity with Bruckner’s Heaven-reaching music.

Specific to this seventy-minute Seventh (the third of three consecutive performances), Haitink’s leisurely unfolding was without torpor; rather the Symphony’s direction and expressive contours were clear-sighted and dynamic, and the Berliners’ innate response was in the luxurious class.

This Bruckner 7 opened with the most ethereal of tremolandos from which cellos and horns grew the noble opening idea with gravitas and glow. With moderate tempos and a sure sense of transition, the first movement’s episodes were made fundamental, pivoting dramatically (if twenty minutes in) with the timpani’s first entry, a crescendo-diminuendo of considerable proportions, from nothing to nothing via momentous; and a wide dynamic range was but one highlight of this performance. The expansive coda suggested the sacredness of Parsifal. 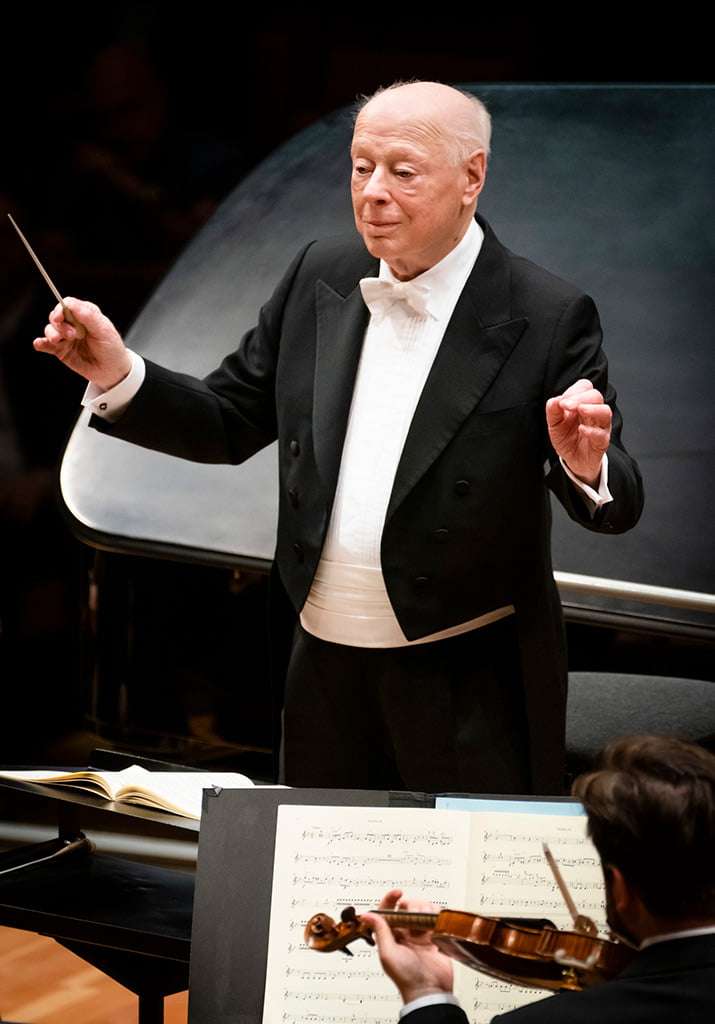 And Wagner (plus his eponymous tubas) gets into the act in the second movement, news of his passing reaching Bruckner during its composition. Haitink’s relatively flowing approach revealed the dual nature of the music, its visions-beyond-this-realm radiance dark-clouded by a sad bulletin: a reminder that in life we are in death. In his patient build-up to the climax Haitink included Nowak’s cymbal clash (Haas wisely omits it) but its presence here was justified to cap the splendour – before the lamenting envoi.

Without rushing it, in fact it was titanic and trenchant, the Scherzo sailed the skies, rhythms buoyant, with the Trio as soulful as it gets (many years ago, at a rehearsal, the conductor of the day urged the orchestra to “play it as if were Tchaikovsky”; Haitink was more prudent if no-less affecting). As for the Finale – which might be heard in certain passages (the bubbly clarinet-writing for instance) as a Haydnesque riposte to what has gone before – elegance, solemnity and grandeur were three sides of the same substantial coin; and the ultimate coda was a glorious summing up, strings shining through the brassy oration.

As ever with Haitink, he may be the epitome of exterior calm and minimalist gestures but many great things happen on his watch, as here. Even though the Symphony ends loudly (here with an emphatic timpani stroke) the few seconds of silence before the standing ovation ensued were gratifying. The reception, from audience and orchestra, was poignant to witness – a fond farewell from Berlin to an enduring maestro…? Hopefully not. 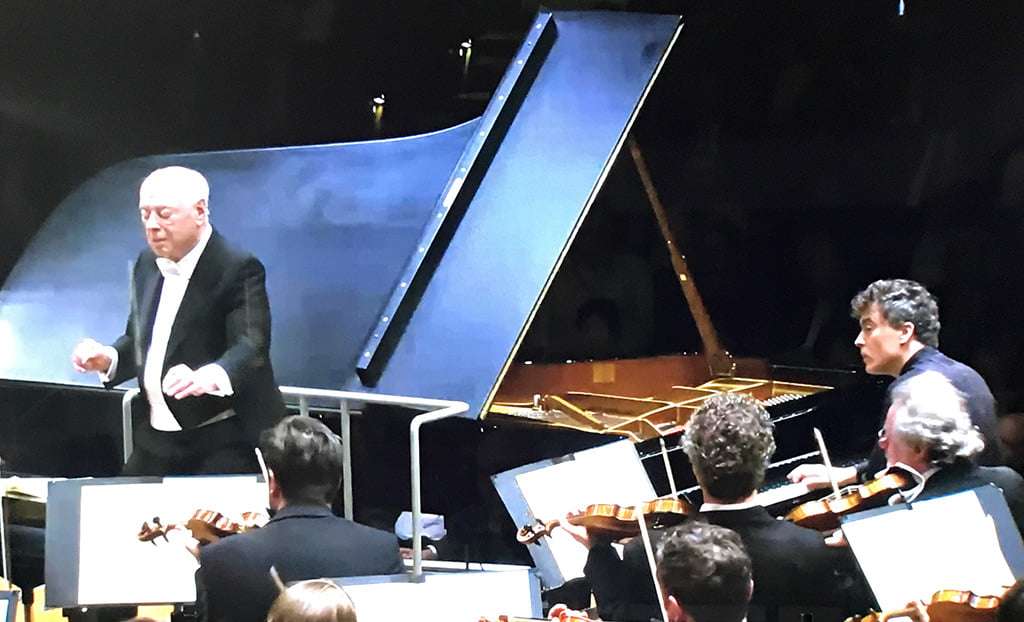 Prefacing Bruckner was Mozart’s final Piano Concerto with Paul Lewis (his BP debut this week) feeding off Haitink’s gentle if pulsing introduction to bring out the music’s autumnal aspects, Lewis as refined as the conductor. Nothing bland though, for there were many subtleties of touch, volume and pastel shades, and also a shapeliness of phrase and an affable interaction to which the (reduced) Berliners were distinguished and vibrant interlocutors, not least characterful woodwinds (flute, pairs of oboes, horns and bassoons). Lewis’s sensitivity was a marvel throughout – intimate – letting the music speak for itself while probing its secrets; the art that conceals art. The cadenza (Mozart’s) was folded seamlessly into the first movement, the serenity and pathos of the succeeding Larghetto then able to be its natural successor (with some tasteful decoration from Lewis) and the lightly playful Finale was spirited without upsetting the equilibrium of what had gone before. 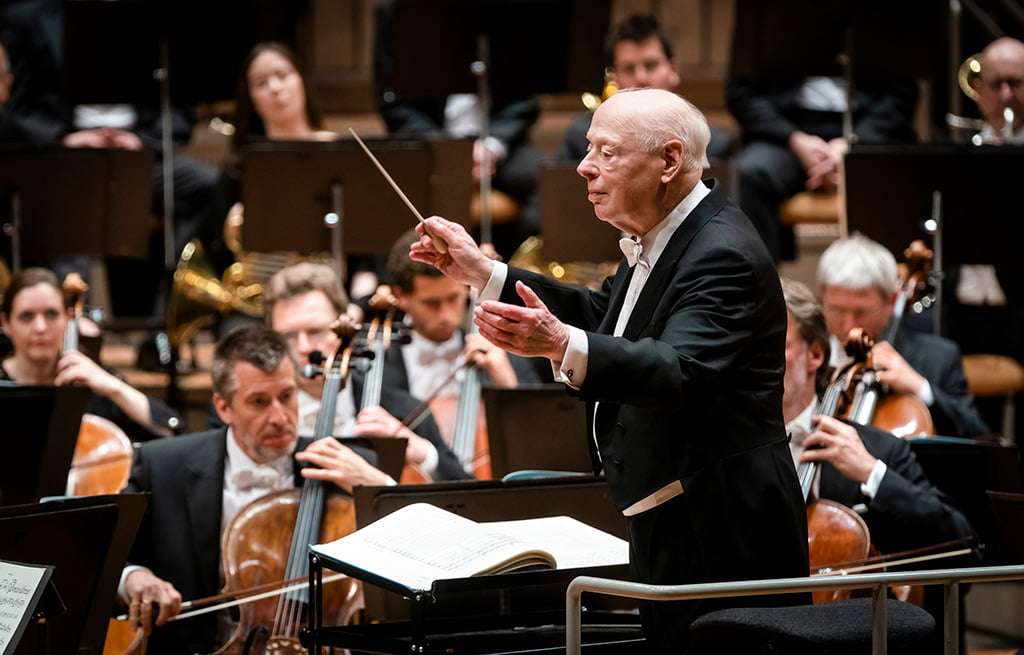 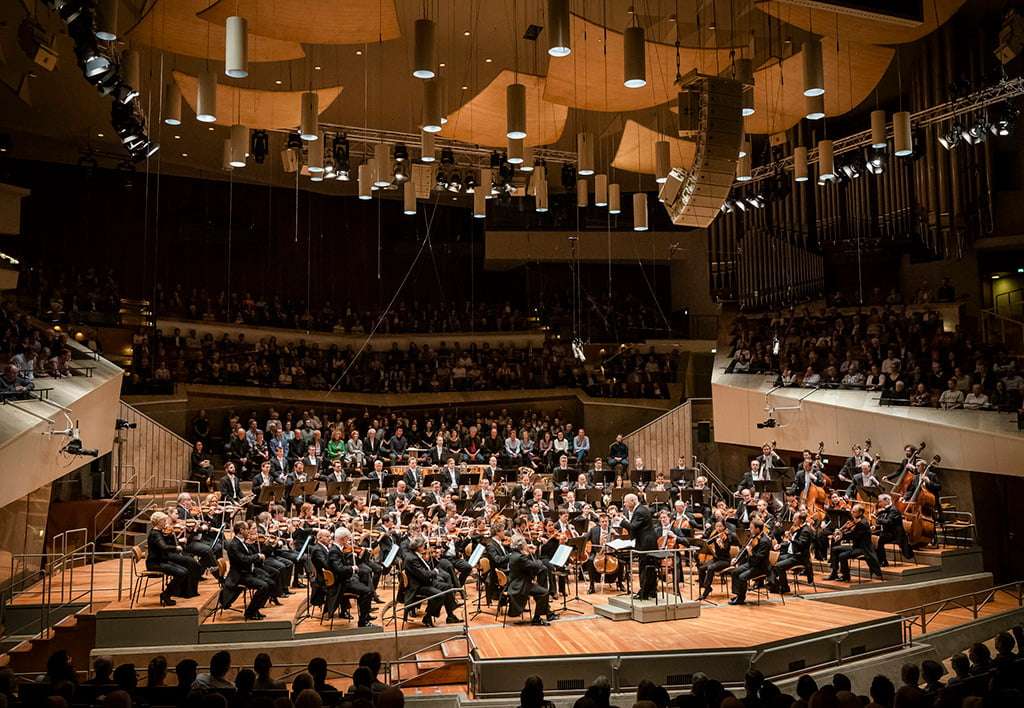