The most-recent Berlin webcast was conducted by Simon Rattle (and included Helmut Lachenmann’s utterly compelling My Melodies). Now, and for the third time this week with this programme, the podium was occupied by Daniel Harding, mentored by Rattle (and Abbado for that matter, also with significant Berlin connections). 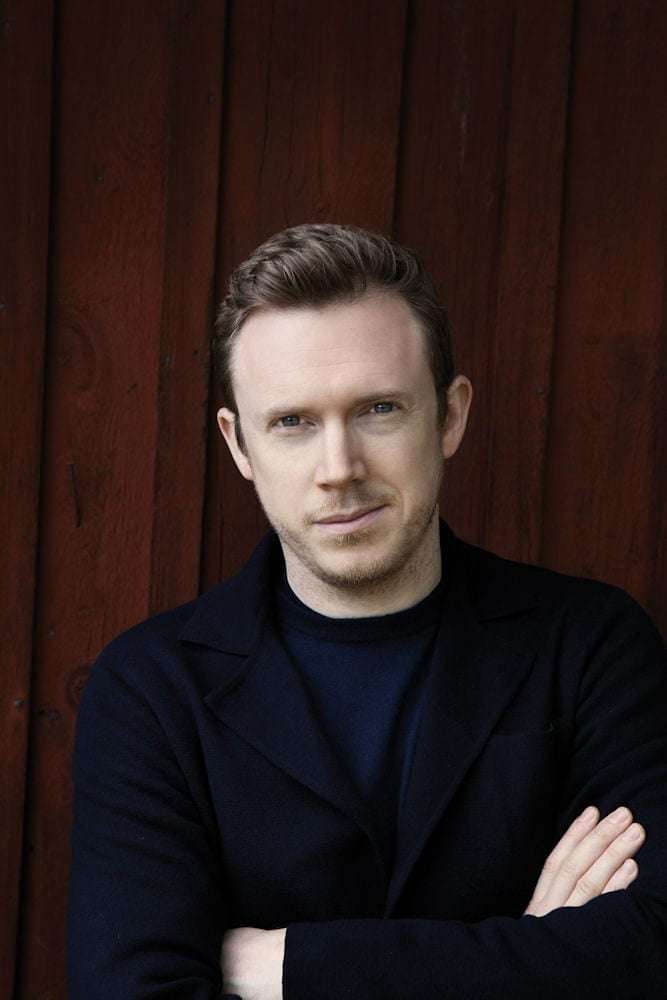 I have avoided Mahler 1 for a while – a piece that, like numerous others (such as Shostakovich 5, Elgar’s Cello Concerto…) has now become too everyday in appearance – and it proved a good rest especially as Harding and the Berliners conjured such a vibrant account. Opening with the rapt tranquillity of dawn, with faraway fanfares ruffling flora, fauna and birdsong, Harding led a slow-burn account of the first movement: introduction and exposition (repeated) seamlessly entwined yet without hampering quickening or uplift, or later reclines and climbs to impetuosity. Patience is a virtue. The Scherzo had a good country-dance stamp, pesante, the Trio graceful lilt. With the double bass-led hunter’s-funeral attended by animals, the third movement turns to being surreal, while embracing klezmer (brought off with decorum, wilder better) and central beatification (just a tad micro-managed), and the Finale begins with what might be heard as the Jaws of Hell about to swallow Mankind whole. The gloves were off now from Harding, a thrilling description, greatly contrasted with a lavishly spacious reading of what came across here as love music; and so it continued, tempest against blossoming until a bright horizon beckons and is sailed towards triumphantly: destination a Berlin bull’s-eye.

Following several revamps Mahler’s debut Symphony was definitively published in 1899, no longer named ‘Titan’ and with the ‘Blumine’ movement dropped, and was heard in Berlin following music by Charles Ives (whose scores Mahler was taking an interest in) and Alban Berg. Ives’s Three Places in New England was written mostly between 1911 (when Mahler died) and 1914, the year Berg started work on Wozzeck (based on Georg Büchner’s play Woyzeck) which he completed in 1922, releasing Fragments (Bruchstücke) from it ahead of Erich Kleiber conducting the staged premiere in 1925.

Ives’s Three Places are, firstly, ‘The “St. Gaudens” in Boston Common (Col. Shaw and his Colored Regiment)’, referring to a monument designed by Augustus Saint-Gaudens entitled “Memorial to Robert Gould Shaw and the Massachusetts Fifty-Fourth Regiment”; then ‘Putnam’s Camp, Redding, Connecticut’, a landmark established by the Connecticut legislature in 1887 in honour of General Israel Putnam; and, finally, the river that is ‘The Housatonic at Stockbridge’.

Harding and the Berliners subtly identified the eerie impressionism surrounding Saint-Gaudens’s creation, the eloquence of ghostly tunes and heartfelt harmonies, the suggestion of something musically familiar, the flecks of decoration, and, briefly, slight animation and a fortissimo. By contrast, loudness and cartoon energy inform ‘Putnam’s Camp’, a potpourri of American marching and popular songs, clashing and overlaid, sinking into strangeness before battle recommences ever-more complexly; and all tolerably clarified in this swaggering performance. As for the Housatonic, shadowy, yes, but also a haven of peace, if rising to a gnarled climax – nothing is what it seems. Great composer, Ives. So too Berg. A sinister, claustrophobic atmosphere is established immediately (and now with a kinship, however coincidental, to the preceding Ives) in Wozzeck, and including a Mahlerian march as soldiers arrive, to Marie’s delight, if somewhat weakened here by placing the brass contingent offstage (as in the opera) and then with tension diminishing getting the troupe returned. Marie mothers Wozzeck’s son, and the second Fragment (technically a theme, variations and fugue) is concentrated and expressive – rigorous musical formality not censoring emotional volatility – Dorothea Röschmann revealing Marie’s woes and taxing the broadcast’s dynamic range; it was a vivid characterisation. The creepy ripples of sound that open the third extraction (singer not required) were delineated with much consideration before breaking into doom-laden expanse and a fearsome climax leaving blood-red moonlight hanging in the air.

The Ives ends in mid-sentence ambiguity, the Berg in tragedy; so it was left to Mahler to raise the spirits – job done by the end, seven horns (players standing, as per Mahler’s instruction), one fewer than Lachenmann.