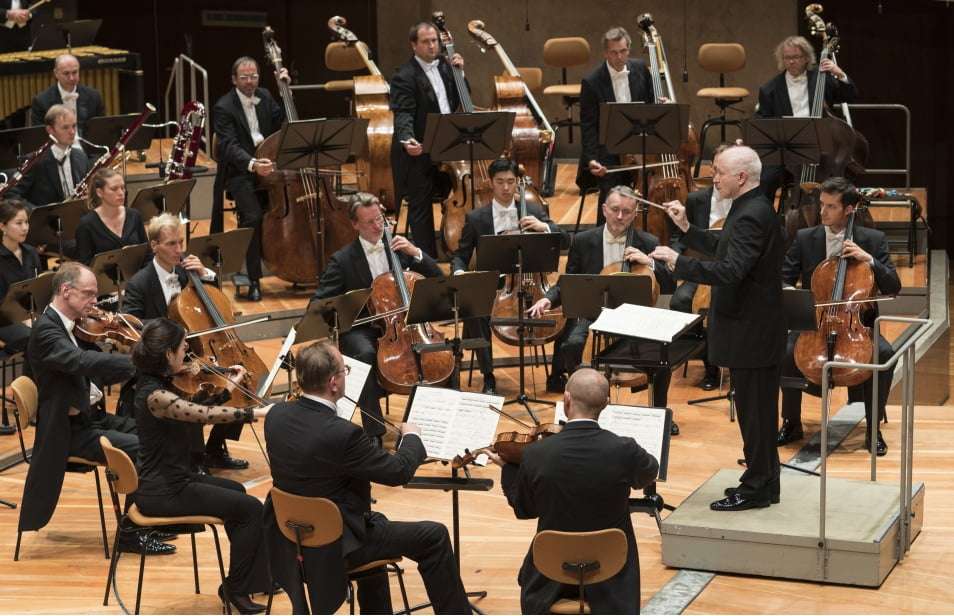 Shimmering and vibrant, expressive refrains, bright tones (three harps), dark ones (restrained and muted brass), sudden intrusions, lingering, quickening, restlessness – all part of Pierre Boulez’s inimitable and complementary setting of the lower-case and fragmentary-word poet e. e. cummings – meticulously performed by sixteen solo vocalists (eight of each gender, their spot-on pitching aided by tuning forks) and a smallish ensemble (no percussion required) led by an ever-attentive George Benjamin, bringing a composer’s insights to the music (iridescent and ethereal) by a cherished and influential colleague.

Following a prolonged stage move (partly to realign the orchestra to a more-usual seating, which for Benjamin is violas outside-right), it was Ravel’s Left-hand Piano Concerto (written for World War One-injured Paul Wittgenstein), which rarely leaves its subterranean despair, however macabre-jazzy it becomes, and was here unusually introspective, episodes organically integrated. This was superb from the Berliner Philharmoniker, hard-hitting and vivid when required, solos impressive, not least from contrabassoon and its half-size brother. Cédric Tiberghien was the epitome of thoughtful and poised pianism, not least in the cadenza, made so intimate and regretful, if with no lack of flair elsewhere (if occasionally bumpy) as appropriate. Pianist, orchestra and conductor were an ideal fit, firsts among equals, for this compelling account of one of Ravel’s supreme masterpieces, and as a same-composer encore Tiberghien offered the veiled world of ‘Oiseaux tristes’ (from Miroirs), hypnotic in its quietness, the pianist touch-sensitive to the music’s melancholy. 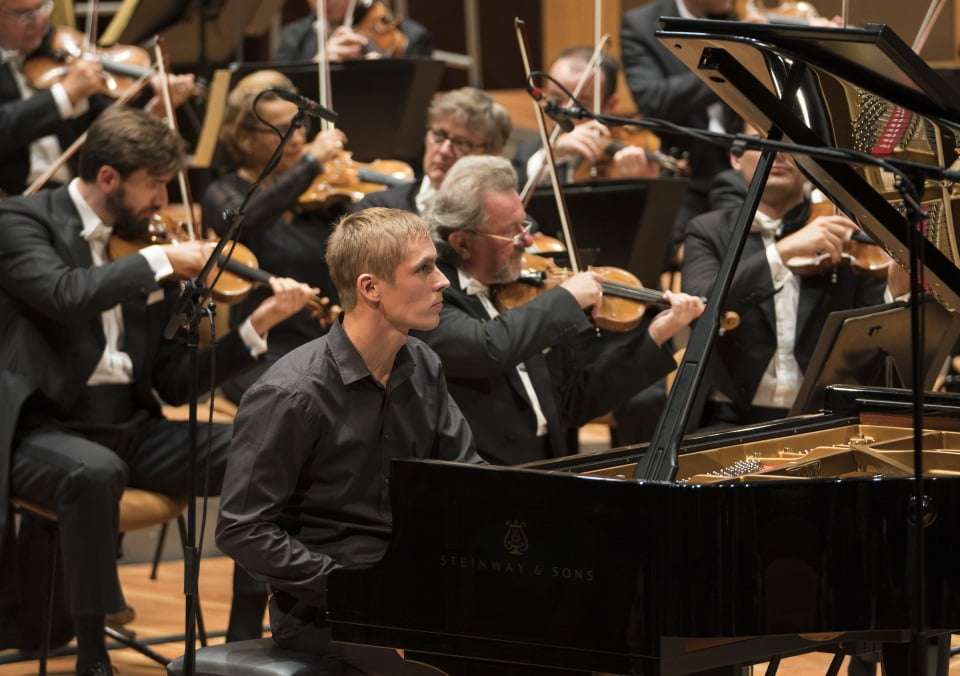 Clocks and Clouds is contemporary with the Boulez (1972), György Ligeti as choosy as the Frenchman with his instruments – no violins, woodwinds in abundance (five flutes, for example) – phonetics rather than words given to the twelve female singers – music that is gently pulsed and luminous, with gorgeous harmonies intertwining, promising and delivering much, to create an interstellar atmosphere, a great distance suggested between us earthlings and who knows where, but it was rewarding to travel to unknown places, piloted judiciously.

To close, George Benjamin’s own Palimpsests (an ancient manuscript with writing upon writing accrued over centuries), which originally arrived in two parts, in 2000 and 2002, the first dedicated to Boulez. Put them together for a heady and suspenseful twenty-minute mix of sound and invention, the orchestra sort of large (no oboes, though, some strings reduced, with piano, two harps and plentiful percussion) and the listener is compelled by a variety of ideas and timbres (heard sometimes as sepia-tinted runes), brought to precise, brass-sonorous and active life by the Berliners and the expert conductor who is also the fastidious composer.