Beethoven
Piano Concerto No.2 in B-flat, Op.19
Stenhammar
Symphony No.2 in G-minor, Op.34

A week ago the Digital Concert Hall broadcast Bernard Haitink conducting Mozart and Bruckner. Now the Berliner Philharmoniker had at its helm another (and slightly older) nonagenarian: Herbert Blomstedt (a Berlin regular for forty years) in a similar Piano Concerto/Symphony combo. The Blomstedt hallmarks were in place: antiphonal violins, basses to the left, no baton (hands is all he needs to connect with musicians), and also present were his undimmed enthusiasm and avuncular/encouraging smiles. Music is his elixir for longevity. 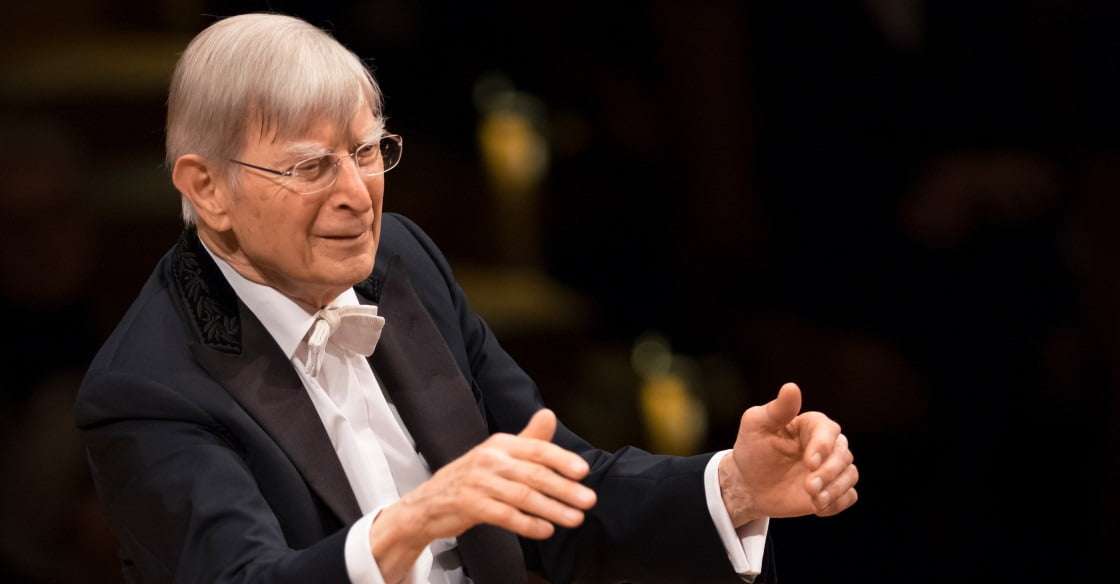 One might have regretted the lack of an ‘overture’, but immediate compensation came with the opening flourish of the Beethoven – its introduction alive, springy and detailed, a certain stateliness of tempo aiding articulacy – the perfect entrée for Yefim Bronfman to bring out the music’s Haydnesque sparkle and also young Ludwig’s progressive pursuits (nowhere more so during this piece than in the written-later cadenza, delivered here in manly fashion). Following a first movement of sparkle and clarity, and light and shade, with some delightful interplay between pianist and orchestra, Bronfman and Blomstedt dug deep into the Adagio, a properly spacious reading to reveal the profundity of its expression, responded to nimbly and humorously by the carefree Finale. Beethoven-Bronfman-Berlin-Blomstedt (B-flat, too): the Bs have it.

Bronfman’s encore was a soulful study indeed, rather lovely in this sensitive reading, the song-like slow movement of Robert Schumann’s G-minor Sonata (Opus 22), and that key leads us to…

Completing the concert was pianist and conductor (of the Gothenburg SO between 1906 and 1922), and Blomstedt’s Swedish compatriot, Wilhelm Stenhammar’s Second Symphony (1911-15), an ambitious forty-five-minute opus that boasts indicative Scandinavian translucence as part of its sound and also shares stylistic kinships with (Dane) Nielsen and (Finn) Sibelius, both of their influences acknowledged by Stenhammar.

Although relatively new to his repertoire, Blomstedt is a notable champion of Stenhammar’s G-minor Symphony, including in Tokyo (NHK) and San Francisco. It’s an impressive composition, both in ideas and scale, opening with a mix of folk-dance and heroism (reminding of Sibelius’s Kullervo), and with some crunchy Nielsen-esque harmonies, before yielding to tender lyricism to complete the exposition (repeating it is not an option). Stenhammar’s scoring is economical – a Classical-size orchestra plus trombones, similar to Beethoven 5 if without its piccolo and contrabassoon, and no percussion save timpani – yet colourful and decorative (onomatopoeic even, woodwinds as birdsong), the first movement surging ahead, vistas conjured, if with byways of reflection, the traveller considering his position in terms of identity as well as contemplating the scenery.

If the close of the first movement suggests journey’s end, Stenhammar continues to explore, maybe now through dense forests, for the second movement Andante begins as if an intermezzo but develops into a sacred tread amidst woodland and lush greenery, in search of… – Parsifal comes to mind musically – and, successively, if you fancy balletic point then look no further than the waltzing Scherzo (suggesting exuberant public-holiday celebrations in the village), in turn offset by the poetic and secretive Trio (away from the crowds).

The Finale is just a shade longer than the first movement, roughly fifteen minutes, and is the most momentous of the four, fugal too, witty with it (as in Schwanda the Bagpiper), requiring agility, precision and lightness of touch in its playing. Almost abruptly a pastoral episode arrives; if this seems too much an interruption to symphonic advancement, then, via pizzicatos and jaunty woodwind arabesques, Stenhammar is soon back on track, building with ardour and athleticism – horn trills, bopping woodwinds, passionate strings – to a resounding coda that nevertheless comes across as curiously curtailed; in context, it is short by a few measures.

Not quite a masterpiece, maybe, although Stenhammar can’t be accused of overdoing things in music that is consistently attractive and inviting; and, given a few renditions have come my way over the years, there was no doubting the quite superb – yardstick-defining – quality of this Berlin performance, the third of three. As for Haitink, while he shook hands with as many players as he could reach, a standing ovation saluted Blomstedt.