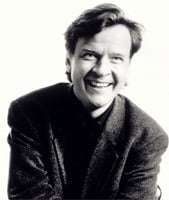 This was the first of three Carnegie Hall concerts by Berliner Philharmoniker, each featuring one of Gustav Mahler’s last three symphonic works paired with a contemporary work written for this orchestra. The three Carnegie Hall concerts are the centrepieces of an ambitious festival, “Berlin in Lights”, spanning more than a fortnight. Also participating is the Simón Bolívar Youth Orchestra of Venezuela, whose players have long been mentored by Sir Simon and members of the Berliner Philharmoniker. Musicians from both orchestras, in various ensembles, are performing in diverse venues. The festival’s concerts and musical events are not limited to the classical repertory; cabaret, theatre, jazz and avant-garde music from Berlin, as well as music of its Turkish and Kurdish communities, are also represented. The scope of the festival reaches far beyond Berlin’s music scene. It has immersed New York in an exposition and exploration of many other facets of the history, politics and cultural life of the German capital, including its architecture, visual arts, photography, literature and cinema. Events include exhibitions, cinema screenings, literary readings and panel discussions at numerous venues.

Lindberg’s Seht die Sonne (See the Sun) was first performed in Berlin this August, by Berliner Philharmoniker and Simon Rattle, for which it was written expressly to accompany Mahler’s Ninth, being scored for virtually the same orchestral forces. The title alludes to the finale of Schoenberg’s “Gurrelieder“, with its choral greeting of the rising sun. This is a substantial work, running a bit over 27 minutes, with three movements that are played continuously. While one may question the necessity of programming any other work with Mahler 9, much less one of such length and power, Lindberg filled his work with sonorities and rhythms that seemed to bridge the gap between the end of the era of the classical model of the symphony, such as Mahler’s Ninth, and the more radical compositions of the present day. Thus Seht die Sonne, while still a distinctly modern work, is not nearly as percussive, dissonant and rhythmically striking as his brilliant Kraft (Power), the piece that first brought Lindberg international fame just over twenty years ago.

Seht die Sonne begins with the horns making an expository statement of melodic material that is reshaped and transformed in many ways throughout the opening movement. The impression created was of constant motion, with tempos and dynamics changing frequently and the various sections of the orchestra advancing toward or receding from the forefront. There were pleasant passages for both the brass and strings, and lots of more urgent and tension-building ones with the percussion section playing a prominent role with frequent drumbeats and interjections from the triangle and tambourine. Textures were often quite dense and contrapuntal, especially in passages featuring the winds. At the end of the movement, the flute family (three flutes, piccolo and alto flute) took centre-stage, only to be interrupted by a brass interjection and a passage for the wind section, but then the flutes reasserted themselves and played an extended episode that carried the work into the second movement, which begins in rather gentle mood, with the melodic strings accompanying the brass, which then play a sort of chorale. There were ringing passages for trumpets that were soon joined by the trombones in playing the melody over sweeping figures on the strings. Textures seemed to get thicker, as they had in the first movement, but gradually softened. Lush playing by the strings, especially the cellos and double basses, was accompanied by brilliant trumpet and piccolo figures, then by the trombones, softly at first but gradually coming to the forefront with thematic material, with the woodblock and other percussion offering counter-rhythms. A long cello solo, sounding much like a cadenza, served as the bridge to the final movement as the rest of the cellos and then the rest of the strings joined in at a very rapid tempo. This is music with a sense of urgency and acceleration, with brass and sometimes rapid-fire beats of the timpani accompanying sweeping string figures. As the cellos played melodically, the music gradually quietened, with impassioned violas accompanied by soft drumbeats giving way to the violins, their sustained notes dying away at the conclusion. 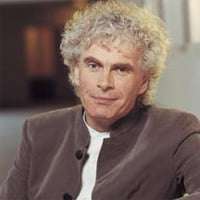 From the very start of the Ninth Symphony, the orchestra’s sound was spectacular, aided in part by the antiphonal placement of the second violins. Rattle seemed faithful to Mahler’s myriad indications of tempo, dynamics and other playing instructions. Particularly welcome was the clarity of playing that allowed Mahler’s intended dynamic imbalances to be respected. Rattle’s shaping of this monumental movement gave the feeling of a symphony within a symphony, as it underwent as wide a range of variation of tempo, harmony, melody, dynamics and orchestral colours as most symphonies do in four movements.

There were many individual high points in the opening movement. These included the uniformly marvellous playing of the harps, to which Mahler assigned a significant role, as well as the tuba – both muted and unmuted – that gave a satisfying resonance to so many passages. Indeed, all of the instruments of lower sonorities, including the trombones, bass clarinet, bassoons and contrabassoon, double basses and cellos, were outstanding throughout. There were also commendable solos by the first violin, flute and horn at several points in the movement.

Mahler regarded this symphony as in the nature of a farewell, and represented that sentiment by the same falling figure that Beethoven had used to begin his ‘Les adieux’ Sonata (Opus 81a) and that Mahler himself had employed in “Das Lied von der Erde“ for the oft-repeated “Ewig” (always) with which it ends. Where this figure first appears in the manuscript score, Mahler wrote above it “Lebewohl” (farewell). The horns’ playing of this motif at the end of the first movement was quite touching, helping to steer the movement to its quiet end. This “Lebewohl” figure, would, of course, be heard again frequently later on, and with particular impact in the final Adagio.

After the first movement, Rattle stepped off the podium for a short respite, but before re-ascending, he spoke to the audience, imploring silence in order to preserve the “magic” of the music, which drew applause, and perhaps affected the audience’s demeanour at the work’s end. I must confess to some puzzlement as to the need for such a speech, however, as there did not seem to be excessive audience noise during the opening movement. Perhaps I should raise my standards!

After the second movement’s introductory bars, Rattle set a plodding tempo, as Mahler directed, with the second violins playing “like fiddles”, really digging in with repeated down-bows for the first of the three Ländler. This tempo contrasted nicely with the speedier second one, in which the delightful trombone passage was a highlight. The third, introduced by lilting horn and oboe solo turns, was of a gentler ilk. It is remarkable how Mahler managed to create such a complex interweaving of contrasting tempos and melodic variation within a single, apparently unsophisticated musical form, the forerunner of the waltz.

Rusticity was quickly left behind by the Rondo-Burleske, its principal theme recurring in countless combinations and colours. In this movement the orchestra sounded even better, its playing was robust and forceful, and extraordinarily precise and harmonically satisfying. Once past the gentle, wind-dominated interlude late in the movement, Rattle led a relentless drive to – and through – the whirling Presto for an exciting finish, following on with the finale without a pause.

The Philharmoniker’s strings rendered the opening of the Adagio with wonderful intonation and great depth of feeling, which Rattle sustained throughout this farewell within a farewell. The horn solo early in the movement was simply gorgeous, and the string passages following it rich and lush. Solo turns for the principal viola and then violin were passionately played, and the ensuing string playing seemed to project an even deeper level of feeling for the music than at the movement’s outset, as did the horn solo that followed. As the music turned suddenly quiet, with the second violins playing the theme, a passing subway train beneath the Hall added gently to the double basses’ extremely soft, underlying rumble. Rattle led the movement’s more forceful sections with appropriate restraint yet without sapping their power, bringing the music back to the poignancy with which the movement began as it wound down to its heartbreaking finishing fade-out. So effective was his handling of these final passages that the hall was dead silent for a full forty seconds after the final note had sounded. The silence might have been longer still until a single cough opened the floodgates of applause.