A week ago in webcast land it was Zubin Mehta conducting a compelling Scheherazade; now, remaining in Russian mode, the Berliner Philharmoniker’s chief conductor designate Kirill Petrenko tempted with Tchaikovsky, a distinctive if not always persuasive account of the Fifth Symphony. 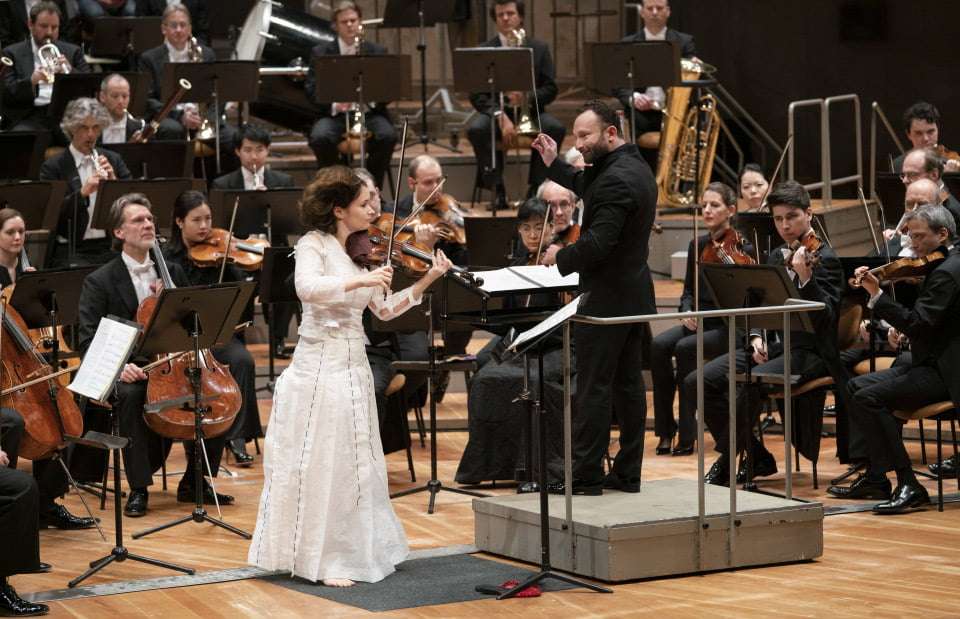 Fate was quietly understated at the opening if also making a significant imprint, something to put distance to, which the Allegro, certainly con anima, did with certainty (if a little harried) and, gratifyingly, without making the romance of the music mawkish; indeed, a smidgen more breathing-space would have been welcome. No doubting though the beguiling detail and lustrous playing. By contrast, the Andante cantabile opened too spaciously (more adagio lugubre), dragging, if with a fine horn solo; and if passions developed and became fate-enveloped (tremendous timpani rolls) there was something less than involving here; ragged pizzicatos in the wake of the climax. Not so objective in the ensuing waltz, shape-shiftingly attractive, the faster section pointed with wit; and, without going to excess, tempo rather nippy though (the players digging in and stretching to get all the notes placed), composer being chased, the Finale had intimations of being momentous, electrifying in the dash to the apotheosis, with a longer-than-usual pause separating the two, yet the concluding measures were brusque rather than gloriously triumphant.

Arnold Schoenberg was three-year settled in California when he composed his Violin Concerto in 1936. It had to wait until late in 1940 for its premiere by Louis Krasner (who had commissioned Alban Berg), Stokowski conducting the Philadelphia Orchestra. Not many violinists have Opus 36 in their repertoire: Viktoria Mullova is one, Michael Barenboim another, and here was Patricia Kopatchinskaja.

The self-styled Pat Kop, Petrenko and the Berliners gave a revealing account of this traditionally constructed work, three movements, nominally fast-slow-fast. Opening soulfully and confidentially, the music is soon into purposeful strides if tempered by lyrical asides, which Pat Kop played with much feeling to contrast her intensity elsewhere, and Petrenko ensured that the orchestration crackled with complements, colours and angular expressions (not too far removed from the masterly Variations for Orchestra, Opus 31). The central Andante grazioso is at first a study in lightness of touch, very sensitively rendered here, if with mounting pressure, spectral shadows in the orchestra, and volatile changes of mood, the movement ending in mid-air. The strenuous Finale brings no relief, although a dance might be heard amid the complexity, until percussion suggests a military march (not a foot-tapper though), but that does little to steer the score from its decisive course and resounding coda, although there is an eerie passage (and a second cadenza, dispatched with similar relish as the first had been). Schoenberg’s Violin Concerto may be more for head than heart, but it puts soloist and orchestra on red-alert virtuosity, and that accomplishment was fundamental to success here.

As an encore, Jeu for violin and clarinet – witty, folksy and, yes, playful – from the Suite, Opus 157b, by Darius Milhaud, which also needs a piano, but maybe this third movement (of four) does not. Andreas Ottensamer stepped forward from the orchestra and had as much fun as Pat Kop.