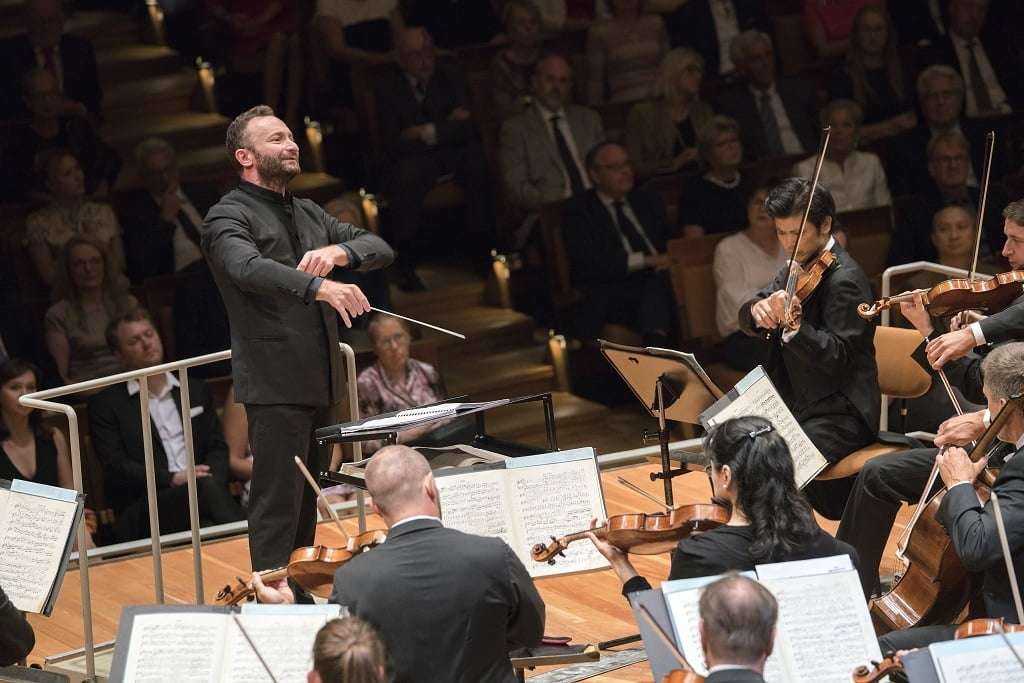 A year away from becoming the next chief conductor of the Berliner Philharmoniker, following Rattle, Abbado and Karajan, designate Kirill Petrenko was able to open the current season, and did so with Richard Strauss’s Don Juan (based on Lenau’s telling of the tale), measured but purposeful, honed and precise, with time for poetic asides and expressive largesse given to amorous episodes (violins antiphonal and lustrous, double basses left-positioned), the execution deft and detailed and with notable solos from violin and oboe.

With the philandering Don slain, it was apposite to then play Death and Transfiguration. Similarly, whatever the narrative leeway, Petrenko saw the score whole, freshly too, subdued at the opening as befits sorrowful resignation, then vividly contrasted with animated final throes, the two states richoched off each other until the start of the ultimate journey and glorious transcendence, here indivisibly achieved with what had gone before, without sensationalism, and, throughout, there was much sensitivity and energy.

The Beethoven was a joy: a unanimous start, the introduction melding lyricism and intent, the orchestra conversing, the ensuing Allegro quick but not rushed, lilt apparent, so too closely observed detailing, dynamics and timbres (strings at full strength less a couple of basses) and a time-suspending moment of benediction. Petrenko went attacca into the Allegretto (hopefully the audience in London will allow that to happen too, see below), an on-the-move march, from veiled to intense ceremony. The Scherzo was nimble (just short of Presto, to buoyant advantage) and with light and shade; the Trio, like Toscanini’s celebrated reading, at-one with its surrounds, neither dawdling nor portentous, and what a difference that makes. And straight into the Finale … which could have been a notch more deliberate – worse, it could have been even faster – at least there was poise and the blazes of excitement were combusted internally, distinctions made between f and p. I am not a fan of every repeat (the first movement in particular) but you can’t blame Petrenko for siding with the composer (and, anyway, they are de rigueur for most conductors these days)! The closing measures were thrilling, something kept in reserve. No encore, but there may be when travelling.

As ever, the Digital Concert Hall’s sound, picture and presentation (a few words beforehand, then nothing, save anticipation, once we were in the Philharmonie) was spot on. Following other dates, including at Salzburg and Lucerne, this Strauss/Beethoven programme reaches the Royal Albert Hall on Sunday September 2, aka Prom 68, and the night before from this team it’s Dukas, Prokofiev and Franz Schmidt’s wonderful Fourth Symphony.