This early-evening concert – leaving time for those in Berlin to socialise in anticipation of the arrival of 2019 – featured Daniel Barenboim as pianist and conductor in Mozart and Ravel. It had already been played on the preceding two days. 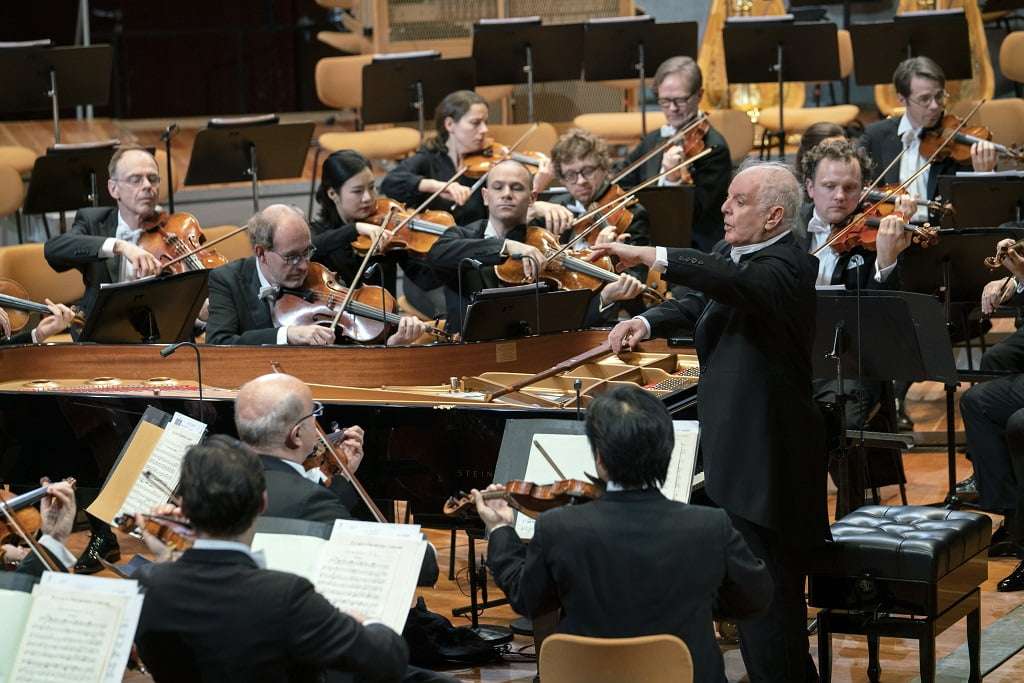 Ceremonial if not without elegance, K537 is a formal piece if with some interesting harmonic side-slips and ‘wrong’ if right notes, to which Barenboim and the Berliners offered grandness and poise, the pianist subtly modulating his progress through the Concerto and, as director, tending to let the musicians get on with it, contributing with discretion. The first-movement cadenza was courtesy of Wanda Landowska, a literally operatic affair (spot the quotations from Wolfgang Amadeus’s stage-works), an engaging confection. The Larghetto was presented as a charming lullaby, far too charming to nod off to though, and here varied in dynamics, often favouring quiet and intimate … and, straight into the Finale, rather faster than the Allegretto marking might suggest, not Mozart at his most inspired, certainly not in developing the material – maybe one reason why this is among the least-programmed of Mozart’s Piano Concertos.

As for Ravel’s “Spanish Symphony” (Barenboim’s description), better if Alborada had swapped places with Pavane, the latter would then have acted as a peaceful if sad riposte to the fiesta conclusion of Rapsodie espagnole, itself closing as a riot of exuberant rhythm and colour, and earlier imbued with delicate fragrance and subtle colours (bewitching bassoons in the opening ‘Night’ movement). Alborado (here a Scherzo and Trio) leapt off the page, whether guitar-like or in rapturous morning-song, Ravel’s punctilious scoring given with appropriate precision, well-chosen tempos allowing articulacy. Pavane flowed without denuding its sentiment, lovely horn-playing, woodwind solos, and veiled strings, and Boléro (a sort of thème varié Finale) was a well-built blockbuster, on the quick side, Barenboim hardly conducting (the ear wouldn’t have noticed) until near the end.

A footnote: I’m not convinced that the Mozart was to-the-second live. It started several minutes after the advertised time (lots of talking beforehand) and sounded ‘recorded’; furthermore, the interval was shorter than normal, so I think we caught up for Ravel as it happened: neither here nor there really. Following Boléro, Barenboim addressed New Year best wishes in German and French (has the curse of Brexit started?) and followed with three Entr’actes from Bizet’s Carmen, then adding the Prelude to Act One (with a well-judged sensible tempo), the Spanish theme from French composers continued. Meanwhile, Prosit Neujahr!