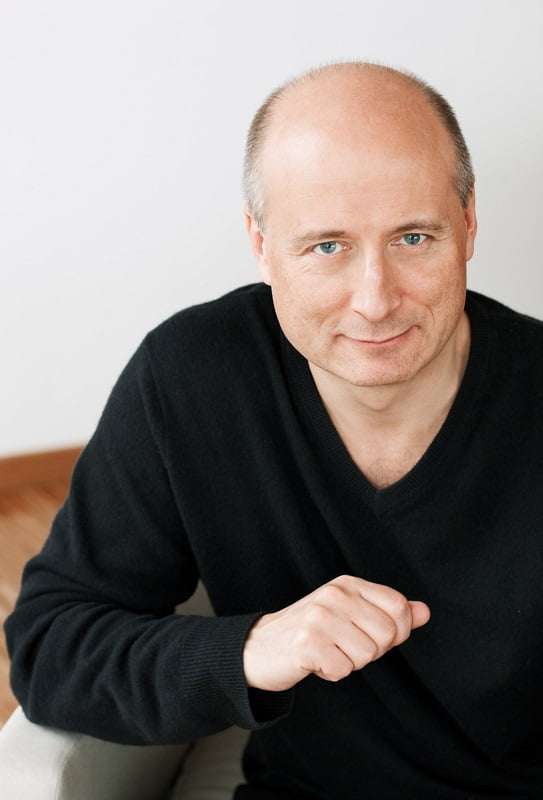 The Berliner Philharmoniker and Paavo Järvi (a regular guest) pounded their way into the ‘Intrada’ of the Lutosławski (1950-54), intensely moulding the lines and emphasising rhythms, taking the music out of the showpiece category and into the symphonic one, vividly detailed and emotionally engaging, Järvi (like Kirill Petrenko) making a wide-screen virtue out of antiphonal violins (double basses left-positioned), the Berliners delivering sonorous and sensitive playing, adding deftness and lightness of touch for the spectral ‘Capriccio notturno e Arioso’ in which expressive and passionate melody emerges from the flickering before Lutosławski returns to the fireflies of Bartókian night music. The final movement, ‘Passacaglia, Toccata e Corale’, is the longest of the three, to which Järvi brought seamless and increasingly active growth in the most momentous way (folk elements remaining in the mix), the Berliners precise in their togetherness, intricate balances and the exchanging of arabesques, akin to driving a fast car with Formula One cornering skills, while also being awed by mountainous (chorale) landscapes, to a spectacular chequered-flag conclusion.

I have previously had misgivings about Järvi’s approach to Brahms 2, exclusive to Deutsche Kammerphilharmonie Bremen renditions, live (BBC Proms) and recorded (link below), mostly to do with halting the flow in the first movement through “tempo tweaks” (I self-quote) and undue emphases. Whether I was forewarned or Järvi has modified his view, first of all he did not impose Bremen ‘chamber’ size on Berlin, this was the Philharmoniker at full strength, and there was much lyrical largesse to respond to, expressive leeway made natural without purloining direction, so – this time – it was a pleasure to experience the exposition once more (it’s structurally important anyway), the playing glorious without being glutinous, horns and woodwinds delightfully exposed. If the animated development was that bit quicker it was also ardently related (stormy outbursts, terrific timpani rolls) to what had gone before, and, similarly, the coda emerged as suitably contented as an envoi. Following which the Adagio had time on its side for eloquence, intimacies and more-frank disclosures, to which the elegance of the oboe-led Allegretto with a well-made attacca and then nimbly contrasted with the strings’ nifty yet buoyant address. It was straight into the Finale, too – not heard these three movements taken as-one before – fast-paced, yes, but so poised, and with reflection not overlooked, all adding up to an exhilarating coda, totally the more effective for its organic arrival. A long ovation ensued, and when Järvi returns to Berlin later this season the menu’s main course is another Second Symphony, Bruckner’s.