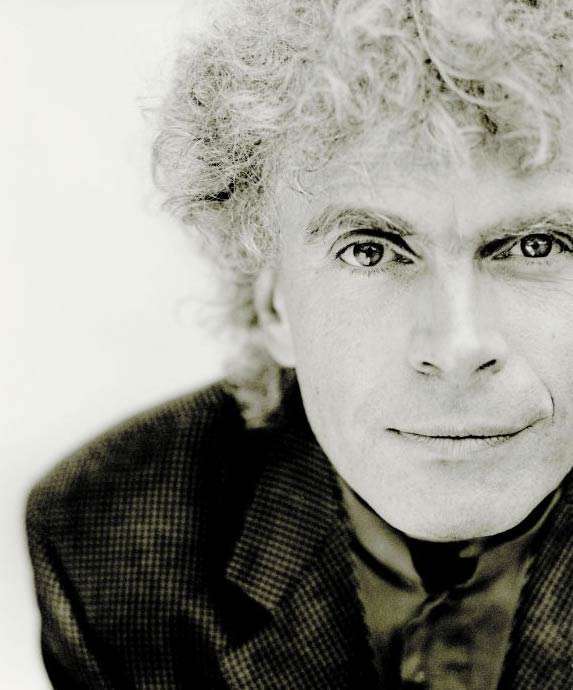 This penultimate of five concerts paired Beethoven’s Fourth and Seventh Symphonies. Simon Rattle’s approach to the former emphasized contrasts, often at the expense of the music’s ebullient spirit, but his reading of No.7 was gripping from start to finish.

The Fourth started well enough, with the introductory Adagio slow, dark and mysterious, but the Allegro vivace was rushed, with little opportunity for the music to breathe. Fast tempos, strong attacks and carefully-managed crescendos building to enormous volume heightened the dramatic impact, but at the expense of its sunny character, which carried into the slow movement, overshadowing the first-violins’ cantabile melody. The Scherzo fared better, although one wished for a more leisurely pace here as well, and best of all was the twice-through Trio, to which the winds and horns brought a delightful, song-like character. The Finale galloped ahead without so much as a nod to Beethoven’s ma non troppo qualification, yet conductor and orchestra managed to carry off this tour de force without it seeming unduly rushed. The many sforzandos were observed with a vengeance, and solos were given adroitly, with bassoonist Stefan Schweigert a standout.

For the Seventh Symphony there were two contrabassoons included, placed between the horns and the six left-positioned double basses (one more than used earlier). The Seventh’s score provides no part for them, although some historians report there were two on the stage when the Seventh premiered in 1813. But what did they play? Their position suggests that they were doubling the double basses, although there were some passages where the basses were playing but the contras were not. Sir George Grove did not mention contrabassoons in his lengthy description of the Seventh’s premiere or in his detailed analysis of the music, and I have not found their use in numerous filmed performances under distinguished conductors.

Speculations about the contras were quickly put out of mind once the unmistakable A-major chord began the Symphony, launching an account in which Rattle had the Berliners in the palm of his hand. The level of excitement was high from the start and was maintained throughout. Tempos were well-judged, as were balances. The link to the Vivace was well executed, propelling the music forward with dance-like jollity, Andreas Blau’s flute merrily leading the way. Rattle paused only a few seconds before beginning the Allegretto, going from soft to whisper-soft, adding delicacy to each string section’s distinctive contribution. As the persistent theme grew in intensity, the wind choir, especially Wenzel Fuchs on clarinet and Eric Terwilliger (guesting from the Bavarian Radio SO) on horn, stood out notably.

Similar to No.4 Beethoven again composed a Scherzo with two traversals of the Trio. In contrast with the fast-paced, exuberant outers, the Trio featured gentler playing that intensified as Tamás Velenezei’s trumpet and Wieland Welzel’s timpani added a magnificent touch. Again Rattle moved without a break into the Finale, proceeding with abandon. Wide dynamic contrasts, emphatic attacks, and rhythmic emphases all served to maintain the music’s fascination as it sped along, the players appeared almost physically connected to their conductor. Following the triumphant final chords, to thunderous applause, Rattle waded into the orchestra to lift one soloist after another from his seat for a well-earned bow.