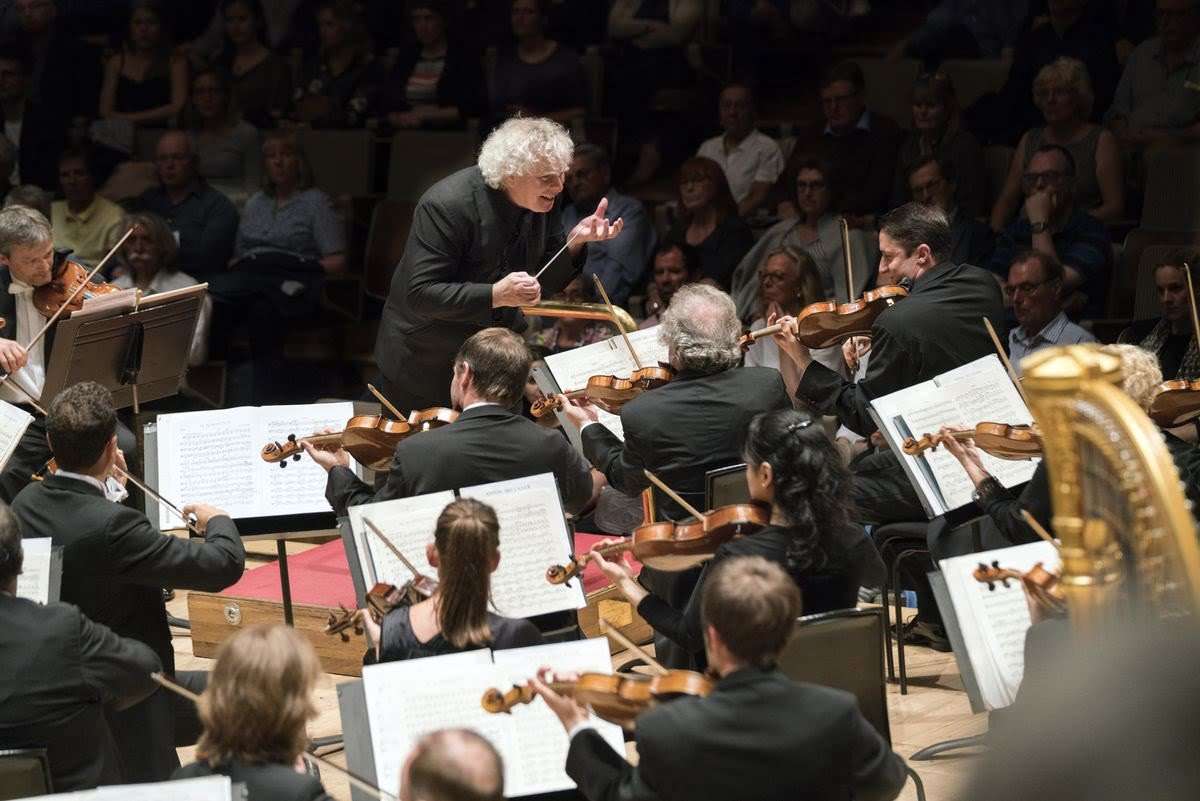 If you ever fancy dancing on a volcano to musical accompaniment then Jörg Widmann’s Tanz auf dem Vulkan should be on your playlist. It’s just a few days old in terms of performance (hot-foot from Berlin) and opens with the orchestra without a conductor, clicks and jazz, and when Simon Rattle arrived he feigned indignity that the Philharmoniker was doing just fine without him. He was needed for the rest of the piece though, which, once Rattle’s baton took over, grows from eerie fragility to a feast of variety, much going on – the colourful scoring includes swanee whistles – and with various allusions: one motif fits perfectly the song-title ‘Boom Bang-a-Bang’ (Eurovision Song Contest 1969, the UK’s entry courtesy of Lulu), which may be whimsical on my part, but it’s what volcanoes are famous for (except when dormant). This at-times complex, eight-minute piece is also engaging, even fun, and it ends as it began, the conductor leaves, the orchestra plays on.

Also ending as it begins, wrapping the whole, is Witold Lutosławski’s Third Symphony (1983), written for Chicago and Georg Solti. It took the composer quite some time to complete, including abandonment and starting again. But it was worth the wait, music that makes an immediate and lasting impression, and which reached the UK very quickly, for twenty-four hours following the premiere WFMT’s recording was broadcast by BBC Radio 3 to compelling effect. As far as I am concerned it is in one thirty-minute movement, which could be conveniently if inaccurately described as an ‘introduction and allegro’, the opening slowly forming and seemingly disconnected in its episodes, however beguiling, if glued by recurrences of the opening gesture. The main body of the Symphony is propulsive and impassioned – with elements of spaciousness and scherzo – building to a cathartic climax, its envoi being some beautiful heartfelt string-writing, and then from out of the depths comes Brucknerian solemnity before a coruscating coda seals the deal emphatically: a masterpiece. Rattle lavished infinite care on every note and nuance (even those he is not required to conduct) and the Berliners’ response was stunning. 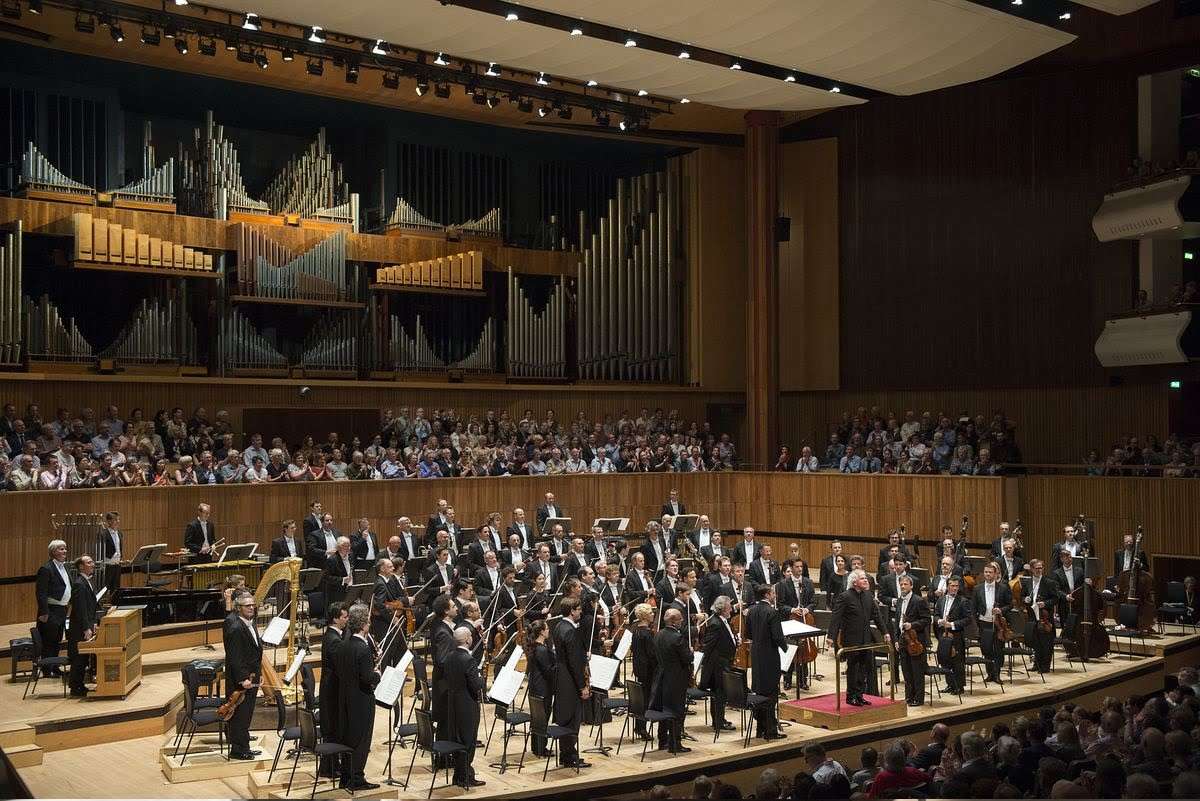 Brahms also took the long view with his debut Symphony, it’s not Opus 68 for nothing – tragic minor to triumphant major – and Rattle brought the full weight and lustre of the Berlin Phil to bear (preferable to one man and his dog), powerful and imposing, yet not without light, shade and clarity. From the off – commanding timpani, growling basses – this was a passionate and expressive account, the first movement (exposition repeat eschewed, an observation, not a complaint) trenchant, rising in intensity, whereas the slow movement was lovingly expressive, the Berliners making chamber music – notable horn, oboe and violin. Following a shapely Un poco allegretto (the Southbank Centre doesn’t seem to like tempo directions in its programmes; never mind that they come from the composer) the Finale was potent, noble (trombones entering for the first time in this piece, chorale-savvy), liberated and clearly on course to victory, the Berliners fully responsive to Rattle’s myriad dynamics and shadings, antiphonal violins dialoguing either side of the podium (the arrangement Brahms wrote for), Rattle scooping a personal Gold by taking the coda in one tempo, wonderfully right when this happens, avoiding the hideous bombast that some conductors indulge when the chorale returns in conquest.

And that was it, Brahms 1 es ist genug (German for no encore!), and it was indeed enough, sufficient.