Helmut Lachenmann
My Melodies
Schumann
Symphony No.2 in C, Op.61 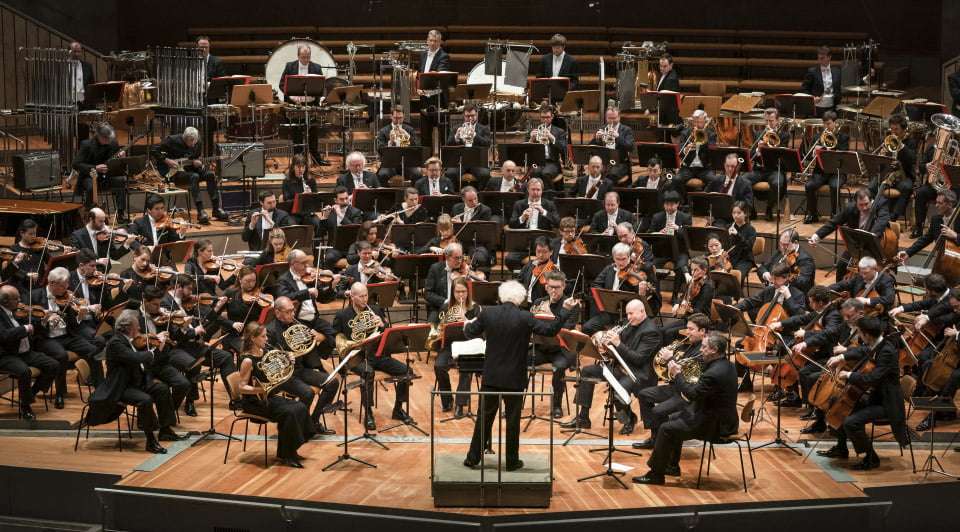 Robert Schumann’s Second Symphony has featured nearly all this week at the Berliner Philharmonie. On Monday Jörg Widmann conducted it with the Junge Deutsche Philharmonie (in a concert that also showcased him as clarinettist and composer), and now, following his return to the Berliner Philharmoniker last week for Bach’s St John Passion (directed by Peter Sellars), here was Simon Rattle also leading it, and for the third time, this webcast being the last of three consecutive readings.

First though, horns-a-plenty, eight of them required for Helmut Lachenmann’s My Melodies, completed last year to a Musica Viva commission for the Bavarian Radio Symphony Orchestra and premiered in Munich on June 7 conducted by Peter Eötvös.

Lachenmann (born 1935) has created a remarkable piece, subsequently slightly revised (“more transparent”, says the composer). If its alluring title suggests Your Hundred Best Tunes, you can forget that (“My” is significant), for this compelling creation using a large orchestra – including plentiful percussion, four each of the main woodwinds (flutes doubling piccolos and alto flute) as well as quad trumpets and trombones, with (in pairs) tubas, harps, pianos (one player kept busy inside her instrument preparing it) and electric guitars, and the ‘usual’ strings – never gives the game away: the listener on constant alert for thirty-five minutes, and glad of it. 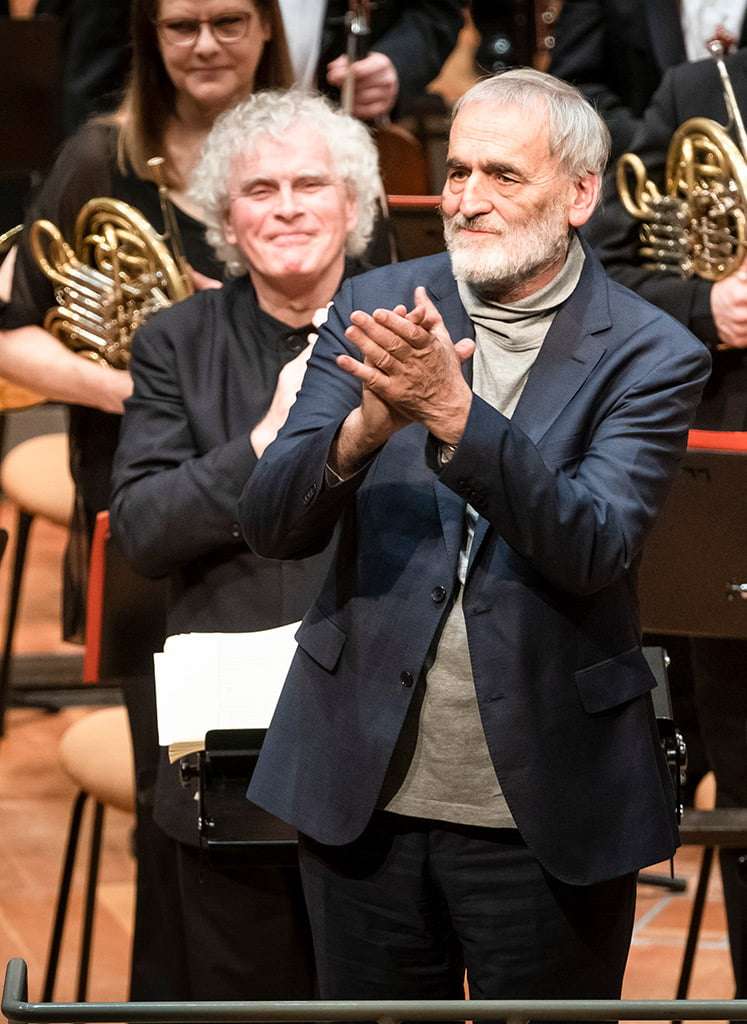 Opening with a clangourous tutti flourish that crackles with energy and startling impetuosity, the horn octet, forming a front-of-stage semi-circle, isn’t so much a ‘soloist’ but a prominent part of the whole, for there is much for everyone to do, to liaise with and cross-cut invention that is whimsical, off-the-cuff, yet deeply/painstakingly considered and sophisticated down to the last breath and sigh; timbre, texture (multi-faceted) and dynamics (wide) in all their musical and sonic beauty/possibilities, naturalistic at times (such as potentially suggestive of eerie wind through trees and the aural equivalent of flecks of light and drips of water), sparseness vying with complexity: a kaleidoscope of tones, not lacking wit, conventional/unconventional, the horn-meisters rasping proudly, then required to be fearless virtuosos with rapid-fire across-the-range notes, or gently blowing a sibilance. Occasionally Berio and Ligeti came to mind, Birtwistle too (if but a glimpse, from deep-earth), all in isolation and for different reasons, but in totality My Melodies is Lachenmann; maybe for him all sound is music (after him the description “Musique concrète instrumetale”).

This looking-well, smiling octogenarian composer appeared delighted with this dedicated and unfazed Berlin performance; hugs for the horn-players (headed by Stefan Dohr, Philharmoniker principal) and Sir Simon; and a mention for Frank Sinatra during Lachenmann’s interview (a genial man, serious of intent, with a sense of humour): both of them do it their way.

As for Schumann, his music also has claims on adventurers (romantic searching): when I interviewed Boulez in 2002 he told me that of all composers prior to the twentieth-century it was Schumann that most-held his interest; Elliott Carter was drawn to his music (an influence on Carter’s for-piano Night Fantasies); and Robin Holloway has his orchestral Scenes from Schumann, based on and extending selected songs.

Schumann’s Second, a celebrated C-major Symphony, some say the greatest in that key, made an admirable partner for the Lachenmann, and Rattle and the Berliners did it proud. Pensive in the slow introduction (daringly spacious), blooming and active in the Allegro (exposition repeat observed, how cunning of Schumann to make this repetition so inevitable, although not every conductor sees it this way) and with a stormy development and recapitulation, the horns (Dohr and Sarah Willis) exchanging ricochets with trumpets. The Scherzo was nicely poised and articulate, the strings parading panache and unanimity, the two Trios given poetic licence, too much so, but the coda was persuasively speeded. With the sovereign slow movement we had a rapturous gift from beyond the horizon, and the Finale was a feast of athleticism and striving – to the triumphant coda, which was all the more glorious for not being forced, crowned by thwacking timpani.