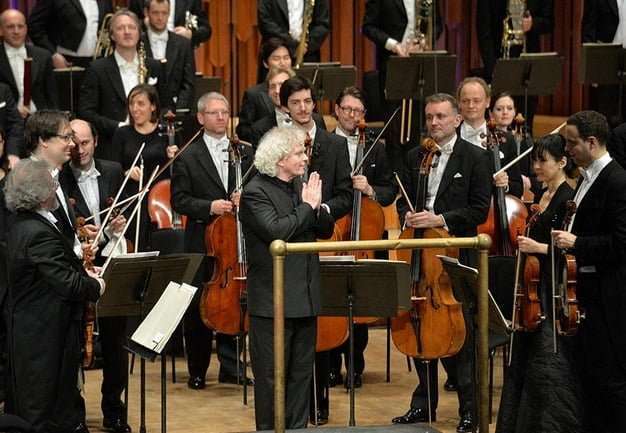 Sibelius’s music has been a mainstay of Simon Rattle’s career from the outset – notably a cycle of the Seven Symphonies with the City of Birmingham Symphony Orchestra in 1983, with whom he recorded them during between 1984 and 1987. The Berliner Philharmoniker has also enjoyed a high reputation in this composer – though a recorded cycle under Herbert von Karajan during the late-1970s was never finished, while his successor Claudio Abbado avoided Sibelius entirely over his Berlin tenure. Interesting, then, that Rattle and the Berliners should tackle this cycle in the latter stages of their intended 16-year association.

One of the notable aspects of this cycle is its being presented strictly in chronological order over three evenings – hence an opening concert which consisted of the first two Symphonies and that, while not unprecedented, was a tough challenge for orchestra and conductor alike.

So to the First Symphony (1899), and it was immediately apparent that Rattle had taken on board those editorial revisions to the tempo of the opening movement in particular. Thus the initial clarinet soliloquy was atmospheric rather than brooding, the main Allegro unfolding with an appreciably greater emphasis on its energico marking then hitherto – but this did not preclude keen inwardness in the ruminative second subject nor, after an overly headlong culmination, a tangible charge going into the coda. The ensuing Andante exuded all of the requisite pathos in its first theme, and if Rattle rather undersold the whimsical episode that follows, the baleful transformation of the main theme along with the explosive climax that it engenders were impressively sustained through to a calm if not ideally poised conclusion. 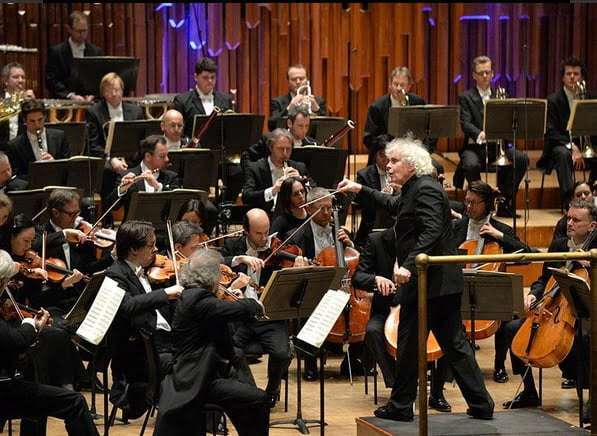 The Scherzo had greater impetus than hitherto, its incisive ‘motto’ rhythm hitting home with unerring force – and if Rattle still seems unsure how best to make its appealing yet undeniably discursive Trio cohere, the transition back into the opening material and a subsequent surge to the close lacked nothing in resolve. Even finer was a finale that, never easy to bring off, evinced real inevitability without sacrificing that improvisatory quality implied by the Quasi una fantasia marking – the combative first theme alternating with its heartfelt successor so that the overall trajectory never seemed sectional or episodic. The return of this latter theme duly summoned a generous response from the Berlin strings, and if the apotheosis was not without histrionics, there was no doubting Rattle’s control as those baleful closing bars subsided into resignation.

Although thoughts of the Second Symphony (1902) as representing triumph borne out of its predecessor’s defeat were long ago dispelled, it does take on a continuative quality when the works are heard in close succession. Rattle currently seems to view this piece as a tale of two halves: thus the initial Allegretto – the ingenuity of its transformative process never in doubt, for all that its climactic reprise ostensibly lacked the last degree of emphasis – seemed more than usually a preparation for the drama of the slow movement. Not that this latter was overwrought; only that the expressive flexibility inferred by its ma rubato marking was undermined by too unyielding an approach in which the eloquent second theme felt overly tense, with the brief yet glowering coda failing to cap the wrenching emotion earlier encountered.

No such misgivings as regards the Scherzo – its Vivacissimo outer sections fairly hurtling forth at a tempo that the Berliners sustained with ease, and the winsome Trio having unaffected sentiment at a tempo that made for a seamless transition to the finale. What used to be thought the most straightforward movement in the Sibelius canon has latterly become the most problematic in its conflation of unfettered melody with an emotional rhetoric which interpreters deny at their peril: Rattle still favours a swift and minimally phrased take on the indelible first idea; with its successor a transition of unusual fervency, then the brooding modality of the third having a cumulative momentum which, on its latter appearance, leads to a peroration that, if lacking the calm majesty others have found in it, still clinches the overall symphonic design.

Not without tentativeness, though, that was doubtless the reason for the fractional hesitation prior to applause. Then again, if Rattle sees the work as less a culmination than a transition, it bodes well for the overall continuity of this cycle as it unfolds across these next two evenings.