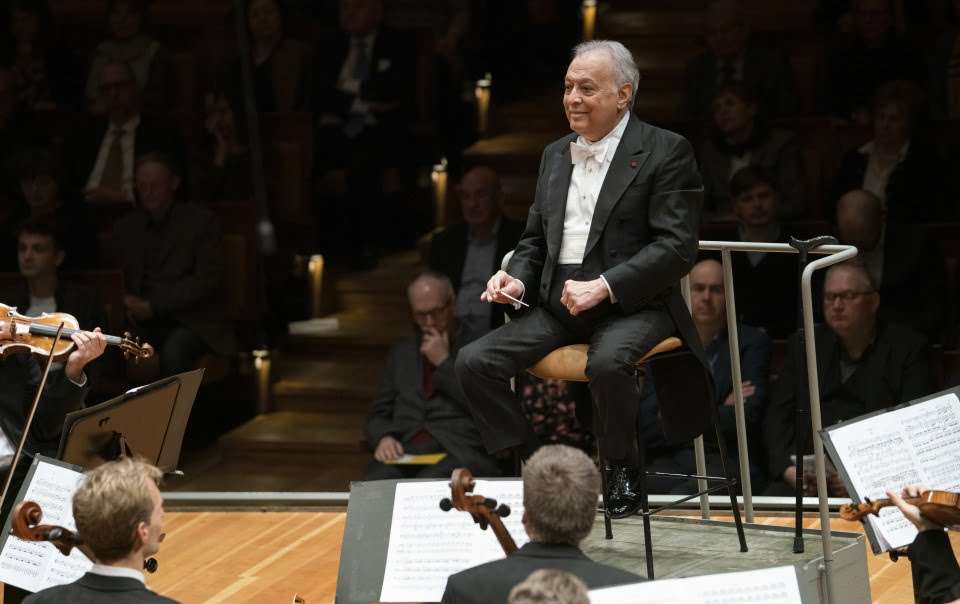 In recent months Zubin Mehta has been cancelling more than conducting (most recently an Israel Philharmonic tour of North America followed by appearances with the New York Philharmonic), possibly due to unexpected complications of a shoulder operation from a year ago. Whatever the reason(s), it’s good to report that Mehta made it to Berlin (this webcast being the third of three consecutive evenings for this programme), looking well albeit walking slowly and stick-assisted and seated on the podium – if with technique and intellect as honed as ever it was – a Philharmoniker date a regular in his diary since 1961, and a few days ago he became an honorary member of the orchestra.

Mehta opened with Edgard Varèse’s Intégrales (1923), for winds and percussion, a composer he has long held a torch for, Webern similarly. From piercing E-flat clarinet to a sense of where next (in terms of musical exploration), Intégrales, a study in sound, packs a punch with primeval calls-of-the-wild fanfares (searing trumpets, piccolo screams), gaudy march-pasts, but also embracing an eloquent, note-bending oboe solo. It was given a well-prepared and uninhibited account. 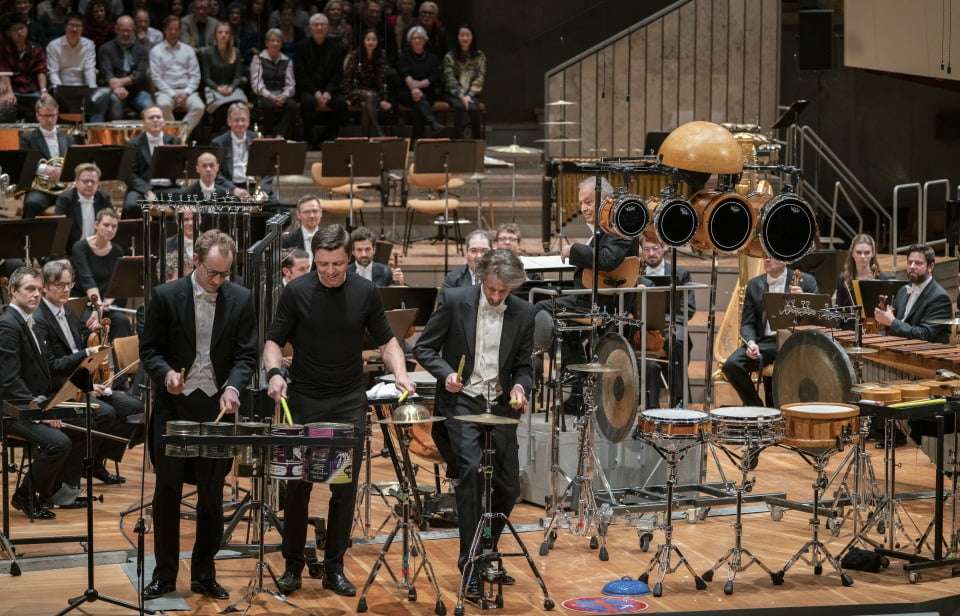 Peter Eötvös’s Speaking Drums, from 2012, revised the following year, is a tour de force for any percussionist. Martin Grubinger was amazing, also required to shout nonsensical texts, and some Sanskrit, as well as displaying complete mastery of metal, skin and wood. Eötvös’s use of the orchestra is whimsical, very engaging, the score meticulously notated for all, with no allowance made for percussive departure or improvisation. Maybe Speaking Drums is some sort of incantation to the gods, certainly atmospheric, mystical, and witty, and also brilliantly imaginative. There is complementing percussion in the orchestra, and while the latter is reduced there is some representation from each hierarchy, plus harp. Grubinger essayed every syllable and stroke from memory, with limitless virtuosity and imagination, to match Eötvös’s.

Twenty minutes or so of percussion was just enough (there’s much in the Varèse as well), and Speaking Drums is at its best with the orchestra joining in. Nevertheless Grubinger’s own Planet Rudiment followed, a single instrument employed, a sort of military drum, one not used by Eötvös, which at least made for a change of timbre, played at terrific speed, the (yellow) sticks but a blur, Grubinger more acrobat than drummer. 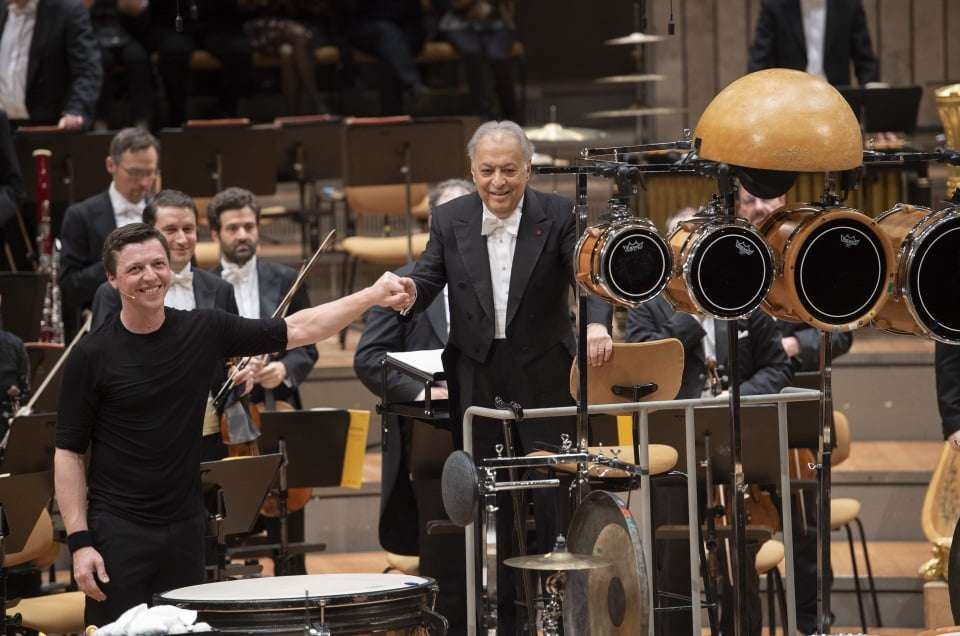 Following the interval and a massive stage-change, Scheherazade was exceptional, the Berliners playing their hearts out for the score-less Mehta, whose strings-layout favours antiphonal violins, cellos left-of-centre, double basses behind. Conductor and orchestra conjured an expansive and considered account (relishing every moment, nothing glib) – subtle, dynamic and colourful. Solo opportunities abound in Rimsky’s superb orchestration, all taken with distinction, not least Noah Bendix-Balgley, whose violin solos were sweet and seductive, enough to stop the most murderous potentate in his tracks, at least for 1,001 nights.

Mehta, during the interval interview, said he had re-studied Scheherazade for these concerts, and, while conducting, his glinting eyes and broad smiles told of fresh affection for the music, no doubt for the Berliners’ response as well, to Rimsky’s invention and its capacity for narrative. The opening of ‘The Young Prince and the Young Princess’ (third movement) was shaped with artless grace, with so many captivating pirouettes in reaction, rising to rapture, whereas the ‘Festival of Baghdad’, if measured in tempo yet alert to changes of time-signature, had a foot-tapping swagger, and the storm at sea that sends Sinbad’s ship to the rocks was thrillingly moved to and delivered – we’d been going there all the time; after all, Scheherazade is a Symphonic Suite. Then she was back calmly story-spinning, as if all had been a dream.

In April Mehta conducts Verdi’s Otello at the Philharmoniker’s Easter Festival in Baden-Baden and also in Berlin.