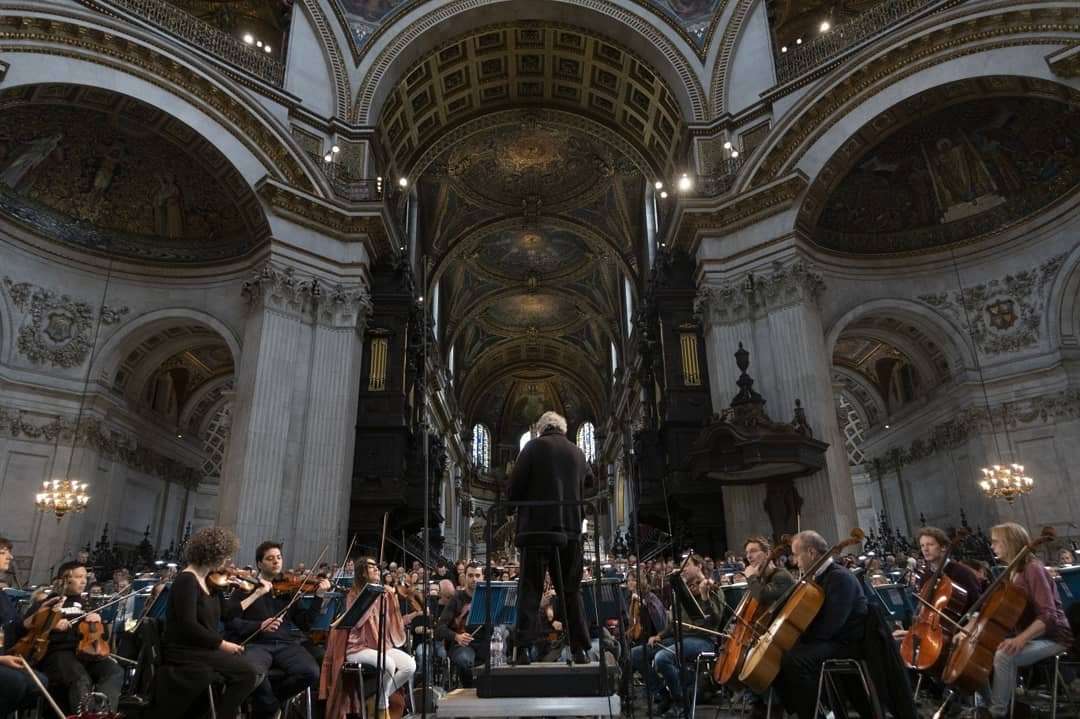 I once heard Monteverdi’s Vespers in St Paul’s Cathedral that worked rather well, and have tried to sit in the same area (under the dome, towards the front) for other choral blockbusters, on the basis of what goes up must more or less come down. Sadly, for a work that in London fits better into the Albert Hall than the city’s cathedral, the results with this account of Berlioz’s Grande Messe des morts – marking to the day the 150th-anniversary of the composer’s death – were impressionist-realist under the dome and according to friends sitting in economy in the nave veering nearer to impressionist-abstract.

The printed programme was absolutely useless, with no choir list (I reckon about 300) or orchestra list (with the strings based on ten double basses). There were four four-strong brass groups playing at each dome pillar (in the distance I think I glimpsed a cimbasso) and many, many percussion folk. Even more annoyingly, the programme didn’t trouble itself to include either the list of the Requiem’s ten sections or Berlioz’s adaptation of the Latin text, which the atheist composer bent to his dramatic requirements and to post-Revolution attitudes to the church.

I’d forgotten that he omits the ‘Benedictus’ section of the ‘Sanctus’, the critical moment of the Mass, possibly reflecting the Grande Messe’s original purpose as an act of huge and public mourning – Verdi does include it, but skates over it; Fauré, interestingly, omits it, while Duruflé sets it, as do Mozart and Bruckner – and Berlioz brings back the opening text for his celestial close. 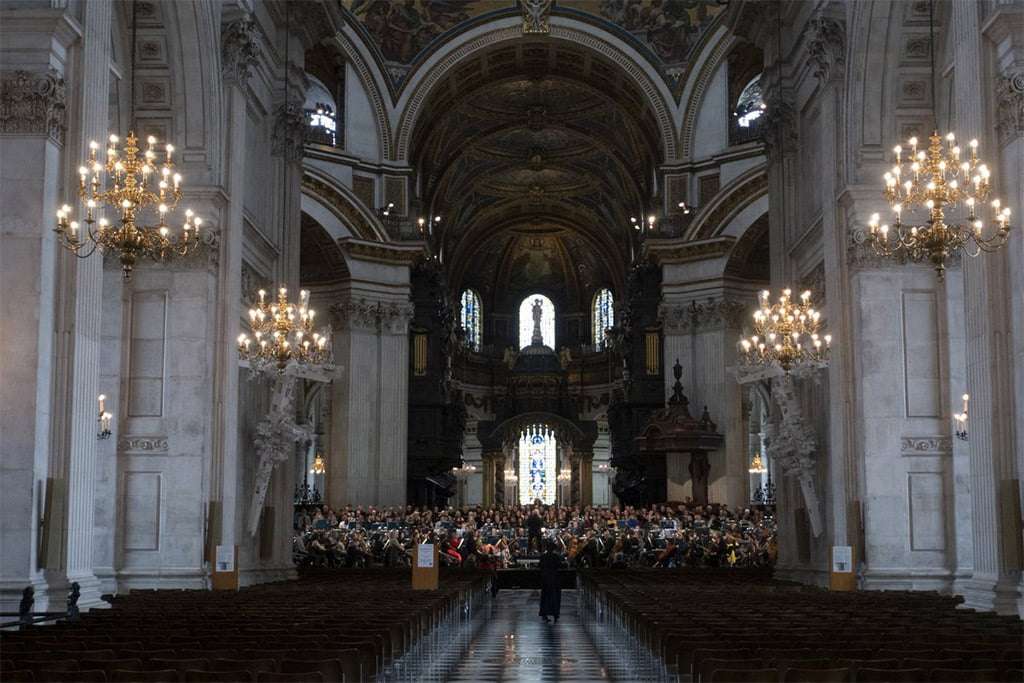 The main point, though, was that atmosphere took over, and for all the quibbles mentioned above, this was a very moving performance. John Nelson has form in conducting Berlioz (his recording of The Trojans is marvellous) and he did rather a good job at embracing the cathedral’s mighty sound time-lags and decays to give due space to Berlioz’s devotional lingering – the performance came in pretty near the dot of ninety minutes.

Also enough of Berlioz’s orchestral master-strokes came across strongly – the gurgling woodwind in the ‘Domine Jesu Christe’ sounded echt-French, and the cymbal-splashes from four players against the gran cassa in the Sanctus were as otherworldly as I’ve heard them; it is an extraordinary effect, as was the void evoked by highest woodwind and lowest growling brass in the ‘Hostias’ – and the colossal deployments of the brass in the ‘Tuba mirum’ and ‘Lacrimosa’ were magnificently lofty and terrifying. With such huge forces in such an intractable setting, it’s more a case of marshalling rather than conducting, but Nelson drew out an accumulative sense of light and dark and of simple numinous wonder.

Obviously the slower music, especially things like those time-suspending antiphonal passages in the ‘Agnus Dei’, went better, but Nelson applied pulse and pressure where needed to sustain momentum. The faster music became diffuse, and I noticed in the ‘Sanctus’ fugue the strings getting into their stride with what looked like relief at getting a bit of a work-out. The combined choirs uttered exemplary pleas for mercy in the ‘Kyrie eleison’, the women’s voices floated some huge vocal perspectives, the a cappella singing was secure and ideally remote, the numerous impressions of lost souls made their tormented mark, and at full volume the sound was terrific.

Michael Spyres, singing the ‘Sanctus’ from the pulpit, did a wonderful job in recreating Berlioz’s depiction of frail humanity with impressive passion, clarity and vocal size, As Berlioz’s vision seraphically dispersed into the dome, where shreds of it are probably still lingering, you realised just how strongly you had been absorbed into this epic act of collective worship. That was certainly reflected in the ovation – the cathedral was packed. There were cameras and microphones for Mezzo’s online streaming, which will probably reveal more in the way of detail, and due on Warner Classics (CD/DVD) in September.