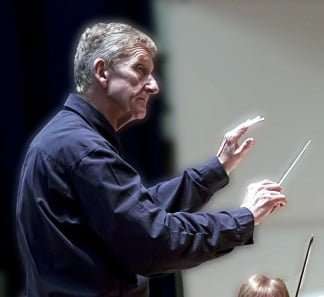 On 5 December 1837, in the Paris church of Les Invalides, there took place the premiere of Berlioz’s Grand Messe des morts, a Requiem dedicated to the memory of General Damrémont and other soldiers of the French army who had died during the siege of Constantine. 178 years later, at the Royal Albert Hall, a performance of the work became a tribute to the victims of the terrible terrorist attacks in the French capital last month. The audience was requested not to applaud following the ‘Lacrymosa’ (after which an interval had, sacrilegiously, been placed). Sadly, this appeal was ignored by a considerable number of people. One wonders why patrons at this venue so often exhibit such a lack of taste.

On 13 December 1959 – at the impressionable age of 17 – I had the good fortune to be present at this location for a now legendary presentation of Berlioz’s Requiem by the Royal Philharmonic Orchestra and the Royal Choral Society under Sir Thomas Beecham, preserved for posterity on BBC Legends (BBCL 4011-2). And just as War Requiem’s premiere also did, three years later, the impression made on me by the Berlioz was huge. During the intervening decades I have had no reason to change my view that his Requiem stands at the summit of the religious-music genre, but it divides opinion. 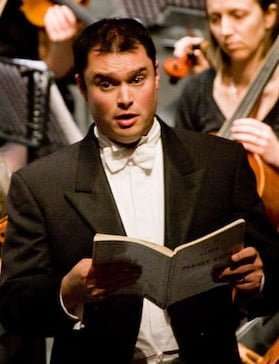 At the first outing it was regarded by many as merely grandiloquent, probably on account of the extremely large forces it demands. However, Berlioz uses four brass bands and numerous timpani very sparingly, with much of the work being contemplative and serene. Under Brian Wright, the opening ‘Requiem’ and ‘Kyrie’ set the mood of gravitas very convincingly and he progressed the music judiciously. The choral singing was generally very confident and the words of pleading touched the heart, harnessed to Berlioz’s ever-so-subtle scoring. In ‘Quaerens me’, the distaff side of the choirs had a chance to exhibit their distinctive talents. The RPO’s woodwinds shone throughout, and in ‘Quid sum miser’ the expressive playing of Patrick Flanaghan on cor anglais gave great pleasure. In the ‘Offertorium’, comfort was afforded not just by the words (“deliver the souls of all the faithful departed from the bottomless pit”) but also by the RPO’s ethereal tones, not least from flautist Emer McDonough.

Alexander James Edwards was strong of voice in the ‘Sanctus’, the highest reaches of which were valiantly achieved, and his plangent tone was entirely at one with the general spirit of the opus.

While the loud moments cannot but excite the listener, there are few of them, so that the devotional nature of Berlioz’s writing is accentuated. On this occasion two of the brass ensembles were placed, left and right, in the highest boxes nearest to the platform, with the second pair located higher still in the uppermost reaches of the Choir area. Although this was impressive, as was the playing of the brass sections, in this particular space placing them at the four corners of the Hall would have made for an even more brilliant effect, even if the composer did not specify this. But it was what Beecham did in 1959, and to this stripling the effect was truly magnificent.

That said, and even allowing that the orchestra at Wright’s disposal was somewhat reduced (only three pairs of cymbals, for example) the grandeur of the enterprise was inescapable. It was wonderful to have another opportunity to hear Berlioz’s Requiem in the one London venue that suits it to perfection.