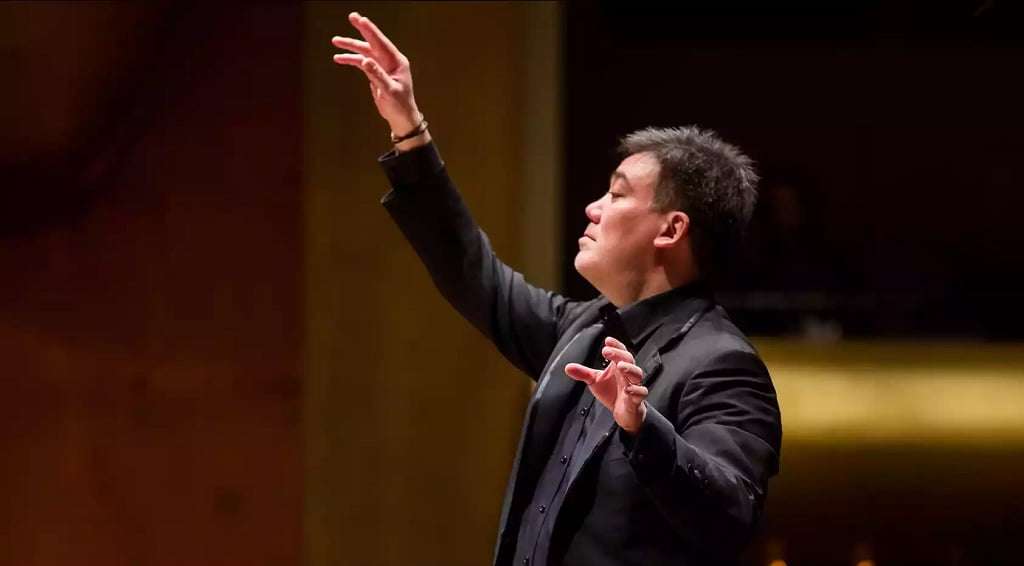 Alan Gilbert continued to honor Leonard Bernstein, whose centenary falls next year. Between the two Bernstein works was George Gershwin’s Rhapsody in Blue, with Makoto Ozone playing the piano part, as Bernstein himself did with the Philharmonic thirty-five times between 1945 and 1976.

Prelude, Fugue and Riffs (1949) – for clarinet, with saxophones, brass, piano, double bass, and percussion – was intended for Woody Herman (but his jazz ensemble disbanded before the work was completed) and it was taken up by Benny Goodman. Anthony McGill was spectacularly virtuosic and the whole thing joyous, especially when the ‘Fugue’ subject returns and led into a powerful ending.

McGill returned to his role as principal for the opening of Rhapsody in Blue, introducing a lush and expansive account. Ozone is principally a jazz musician and is also trained and experienced in classical repertoire, making him a natural choice for this piece. He showed off his jazz chops in improvisatory solos and collaborated well with the Philharmonic in the notated portions. 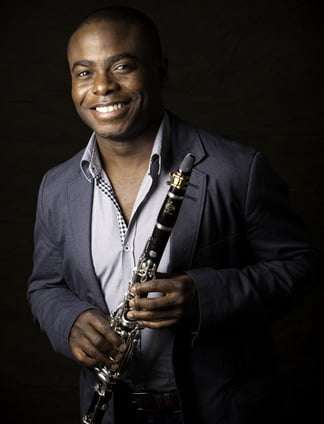 Ozone returned for ‘The Age of Anxiety’, which is nominally a Symphony (Bernstein’s Second), but is just as much a Piano Concerto – or perhaps neither. It was inspired by, and structured to reflect, the eponymous “Baroque Eclogue” by W. H. Auden, in which three men and a woman meet as strangers in a New York bar and engage in a lengthy philosophical conversation about the state of mankind, then have a hectic but ultimately anticlimactic party in the lady’s apartment. McGill was once again involved, leading the soft clarinet duet in the ‘Prologue’. Ozone shone in the concertante role during the two sets of seven variations each (evolving by developing some aspect of the preceding one): ‘The Seven Ages’, piano sparse and dreamy, and ‘The Seven Stages’, in which the piano part is in constant rapid motion, except in the penultimate commentary by the orchestra.

The piano starts Part Two, also in three sections, with ‘The Dirge’, representing the taxi ride to the apartment. Reflecting the start of the party, ‘The Masque’ erupts with drumbeats, the pianist swings and is accompanied by a combo (bassist Timothy Cobb pounding out vibrant pizzicatos) that suddenly cuts out leaving an orchestral piano as an echo. A trumpet tune begins ‘The Epilogue’ from which, following a further solo from Ozone, the Philharmonic’s strings and brass brought ‘The Age of Anxiety’ to a positive conclusion.