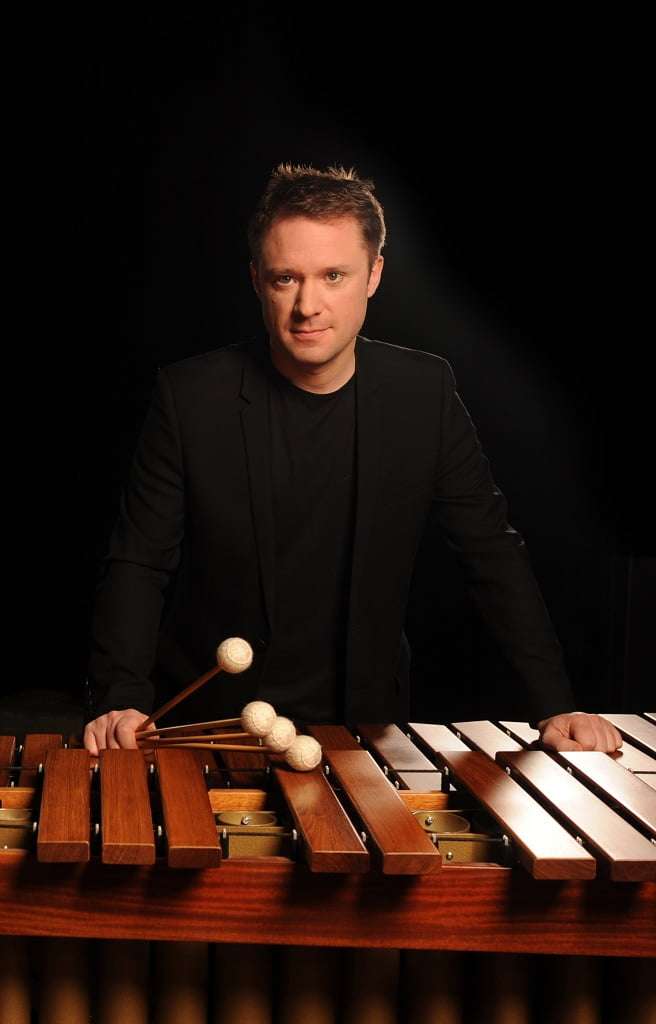 Just over seven years ago – in February 2010 (not 2011 as the programme for this concert stated) – Colin Currie led a performance of Drumming at the Queen Elizabeth Hall, as part of the International Chamber Music Season – with Steve Reich in the audience. It was the first time that Currie and Reich had met and the first time that Reich had heard his piece without being a performer in it. Since then Drumming has become a signature work of the Currie Group and Reich its signature composer.

Now something of an annual fixture in ICMS – and this year also included in the year-long Belief & Beyond Belief festival – Currie brought his performers, again with Synergy Vocals, to the Royal Festival Hall and prefaced Drumming (composed five years before Currie was born, in 1971) with Tehillim, written when Currie was five. Currie took to the podium to conduct the latter, as he had done in March at Tokyo Opera City.

In Tehillim (Hebrew for psalms) Reich takes numbers 19, 34, 18 & 150 and – with four amplified voices accompanied by a small ensemble: strings, winds, two organs and six percussionists – fashions a half-hour work of repetitive rapture; using small cells in overlapping phases to instil the music with ecstasy. It’s not a huge step from Leonard Bernstein’s Chichester Psalms to Tehillim, but Reich is more concentrated in mood. Colin Currie led the performance that was largely well amplified, even if the very fact of amplification and the high setting of the female voices made no word distinguishable. But the overall effect was mesmeric, even though I wonder whether a non-amplified version would be possible with a large force of voices, as Kristjan Järvi has done with You Are (Variations).

Drumming – nine percussionists, two female voices and one piccolo (all but two of the performers were the same as in 2010) – followed after an impressively engineered stage reset during the interval. With its four sections – skins (eight small drums), marimbas, glockenspiels (with voices and piccolo) and then tutti – following seamlessly, my reaction as ever is how can they perform this music with so many gradual changes from memory and so exactly? It’s a feat – like marathon running or the Vertical Rush challenge at London’s Tower 42 (932 steps up 42 floors) that Colin Currie ran for charity recently – it almost defies explanation, or criticism. Only at one point, with the piccolo and highest voice rather too piercing, did the amplification obtrude.

Together as part of Belief & Beyond Belief, the two work’s inspirations – the Hebrew psalms from the Bible and the rhythmic intricacies from Togo master-drummers that inspired Reich – this concert neatly complemented the more traditional programmes threaded throughout the year, mainly with the London Philharmonic Orchestra.