The generally accepted introduction to the orchestra is Benjamin Britten’s ‘Young Person’s Guide’ – one that many a child (including myself) will have grown up with. Comedian Bill Bailey, in making his own splendidly irreverent but always affectionate tour of the BBC Concert Orchestra, brought a new guide to the Royal Albert Hall for young and old alike. 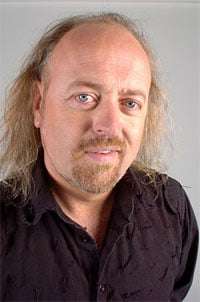 As a compere, Bailey is affable, engaging and often hilarious. His suggestion that at the bottom of every orchestral score lies a bassoon with an obsession with the Bee Gees was brilliantly illustrated in a clever, Baroque-like arrangement. As the layers were stripped away there it was – ‘How Deep Is Your Love’, in this guise suited rather more to the Marquis of Brandenburg than the Gibb brothers.

Bailey holds a vantage-point that makes him ideal for such a guide. Having been classically trained, he loves progressive rock and folk music, and has an uncanny ear for the workings of a television or film theme. So it was that we examined the music to ‘Panorama’ in both directions – essentially the same forwards as it was backwards – and, in a fantasy sequence, fast forwarded through Universal Pictures’ fanfare, familiar to anyone with a DVD player.

This was the end point of Bailey’s tour of the orchestra, illustrating the regal nature of the horn and its ability to bring a sense of occasion to even the most ordinary theme, explaining why most of news bulletins are preceded by horn-based intros.

The first half began with an amusing Chris De Burgh pastiche before Bailey introduced the flute and the oboe, the latter purveyor of the “Emmerdale” theme until the collapse of Communism in 1989! The clarinet, meanwhile, gave us an entertaining version of the opening flourish to Rhapsody in Blue, responding as if to the collapse of Northern Rock halfway through; Bailey was in full fantasy mode. 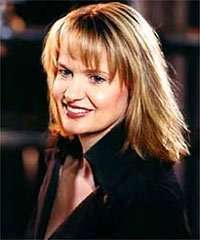 Helping his cause was Anne Dudley, herself no stranger to programmes of this type, and the pair’s enthusiasm for their project was evident. A trio of responses to Saint-Saëns’s The Carnival of the Animals was aired as humorous mini-suite, The Cavalcade of the Unloved, featuring a swarm of locusts, a jellyfish and a wasp. With no relation to Vaughan Williams, the latter insect was finally swatted out of the sky with a snappy chord.

The cop de grâce – if you’ll allow me a pun of my own – was the pair’s analysis of a typical score to a 1970s’ detective show, with open fifths (good guys) and augmented fourths (baddies). With Dudley’s attentive conducting we enjoyed an imaginary Tupperware heist, brilliantly and descriptively scored and very funny in its exposé of soundtrack clichés.

Then it was time for the News, familiar territory for Bailey and far more comfortable in the old ‘Non Stop’ theme for ITN than it was in John Williams’s Sibelian “The Mission”, used by NBC to provide an overweight sense of occasion. Naturally “EastEnders” followed this, hilariously described and illustrated on the piano by the comedian as a “barrow load of cold porridge flung in a skip” at its first clunky chord change.

Where this show really won its plaudits was in its affection for the music. The strings were heard in a touching rendition of David Rose’s pizzicato Holiday for Strings, a light-music gem. Cockney influences in Beethoven, Grieg and Rossini were examined, as previously recorded, his nimble fingers on the piano making them even funnier. The latter was embellished in an outrageously trombone-heavy “William Tell” overture.

Meanwhile in his mini rock-opera “Insect Nation”, Bailey turned his attention to progressive rock giants Emerson Lake & Palmer and Yes, but perhaps best of all was his subtle alterations to the “Doctor Who” theme. A slowing of tempo and an added note or two in the harmony took him to a Belgian jazz bar, with ‘Docteur Qui’ embarking on ‘Il voyage dans le Tardis’.

Several encores followed, all performed with panache by the excellent BBC Concert Orchestra, and with them came the realisation that in Bailey and Dudley’s blend of humour, fantasy and indulgence, we had all learnt something new about the orchestra.